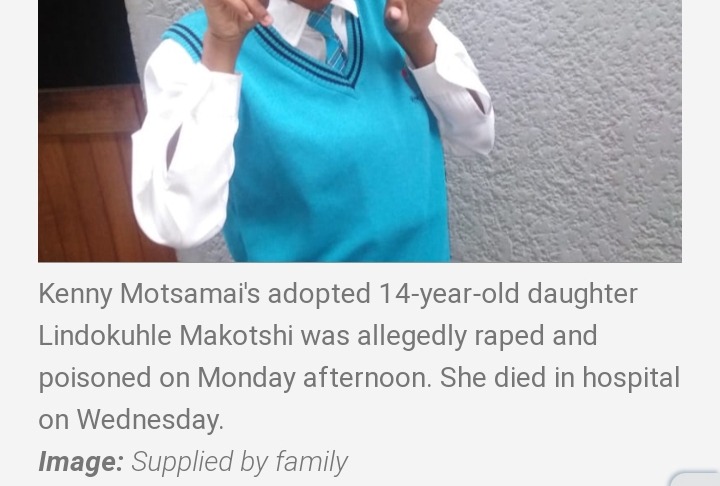 A black cloud of death hung over the family of the EFF Member of Parliament , Kenny Motsamai .This was after it emerged that his adopted daughter had passed away . It was also alleged that the 14 year old was raped and poisoned .

In the report , it was claimed that traces of poison were allegedly traced in the chips and chocolate that she ate . She allegedly consumed the food after being raped . May the soul of Lindokuhle Makotshi rest in peace , as her life was ruined and cut short .

The EFF Member of Parliament Mr Motsamai reportedly informed media that his 14-year-old daughter got raped on Monday afternoon. He went on and alleged that a 25-year-old man who lives in Katlehong was responsible for the abuse .

The confirmation of the arrest and appearance of the suspect in court on Wednesday was reportedly confirmed by the National Prosecuting Authority's spokesperson , Phindi Mjonondwane .

It was reported that the suspect would have a murder charge added to him because she was still alive when he made his court appearance . In accordance with the report , the case was postponed so that there could be formal bail application by the suspect .

Nota continues to harass his ex wife publicly and people are not having it, see here