The fight against illegal immigrants in South Africa has been gaining pace. The hashtag #PutSouthAfricanFirst is back and it looks like South Africans will not be backing down from now on. 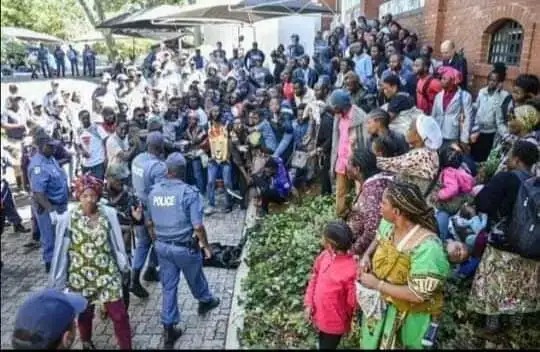 The Patriotic Alliance, under the leadership of Gay Mckenzie have been doing their rounds in Johannesburg demanding the deportations of illegal immigrants and answers as to why employ foreigners while there are unemployed South Africans.

The EFF have posted on their twitter page that Julius Malema will be doing some restaurant visits tomorrow to check the ratio of South Africans to foreigners. While many did not receive this well from Julius, it shows that the hashtag is turning into a real thing.

While other parties are doing the most with the issue of foreigners, where is the ANC in this? The ANC is in government, therefore if mass deportations were to be made possible, the ANC would have to cooperate and help the others. 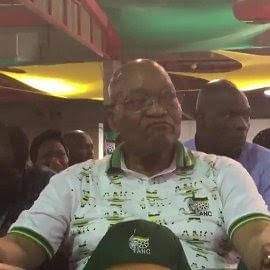 However, that is not the only way to achieve mass deportations, it is just another part of the process and a crucial one. What would make things really work is if political parties were put aside. The EFF, ANC, DA, PA, ActionSA and etc will have to work together to make this work for South Africans. Sometimes things work better if there are more hands.

Ideologically, this sounds GREAT! Unfortunately, the primary force which would essentially be part of any mass focus on this issue---- viz, the ANC have too many skeletons in the cupboard, too many vested interests, too many ulterior motives, none ofwhich support the best interests of SA, to be prepared to engage inan initiative such as this. It remains an enigma, that a political party, which had never attained, or come close to attaining any of its manefesto objectives, can remain in power. Get the ANC out of the picture, and there is a very reasonable prospect of a united front against illegal/ foreign occupantsin SA!👍😊

To many dictators.....common sense and a dedicated effort to do what's best for the people and not POLITICAL POSTURING for personal gain. Not long ago our intrepid EFF leader was calling for a United Africa with no borders! During the municipal elections he was spouting forth about opening the borders between SA & Zimbabwe. He has to be careful he doesn't injure himself flip-flopping around the political spectrum.

Look at the true reason why businesses employ foreigners as they need the work do no do not go on strike or destroy their working environment and they are more trust worthy.

I can never understand this. Zimbabweans fought for independence, you gained that independence, then you all leave to go and make other countries wealthy. How long do you think it will take to have the basic human needs,clean water, reliable electricity supplies, education,health in order for people to want to remain. How sad such a beautiful continent has become.

It's very bad system to us as Africans to call Africans with a Name foragners in our motherland Africa why we are against each other we fight for freedom as a one nation Africans was helping each other now we change behaviors why why Black Africans our colonies there laughing us It's shameful and very abnormal ideological.