"Oh, so some comrades are forced to go, and must 'step aside' " Carl Niehaus spits fire 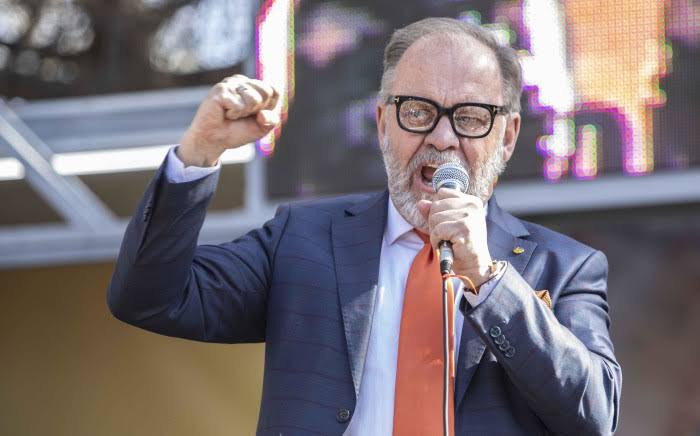 Carl Niehaus on his official Twitter account uploaded a picture which showed Oscar Mabuyane being interviewed by Newsroom Afrika. It would appear Mabuyane has indicated that he is not going anywhere. It must be remembered that Oscar Mabuyane became the center of attention in South Africa when South African Public Protector, Advocate Busiswe Mkhwebane delivered a jaw-breaking report earlier this week, regarding corruption and fraud allegations in the Eastern Cape Premier.

Advocate Busisiwe Mkhwebane has found that Mabuyane along with provincial treasurer Babalo Madikizela unlawfully benefitted from a staggering R1.1 million from Mbizana Municipality that had been intended to be used for the memorial service of Nomzamo Winnie Madikizela-Mandela. Ever since the report was made public, the political discourse, to some considerable extent, has been centered around Oscar Mabuyane. And he has been trending on social media platforms, particularly on Twitter.

In the meanwhile, Carl Niehaus has captioned the picture of Oscar Mabuyane stating that he is not going with the following words "Oh, so some comrades are forced to go, and must 'step aside', but others like @OscarMabuyane can arrogantly say "I am not going"??Animal Farm on steroids. Aikhona!"

And herein is the screenshot of Carl Niehaus' tweet: 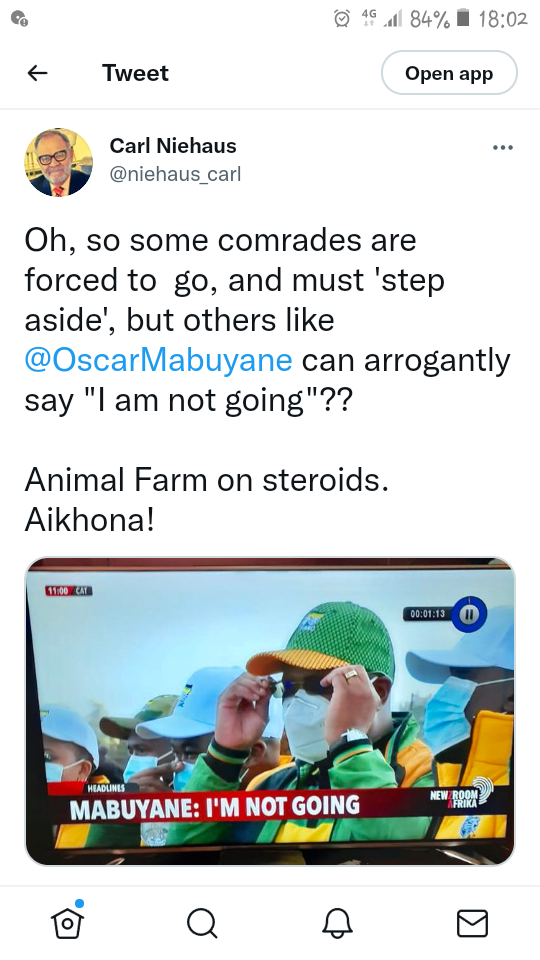