No one ever thought what people commented on social media do reach these politicians. In most cases the chief in commander of the Economic Freedom Fighters Julius Sello Malema will be associated with Flip Floppers because people said he is unreliable more especially with his decisions. 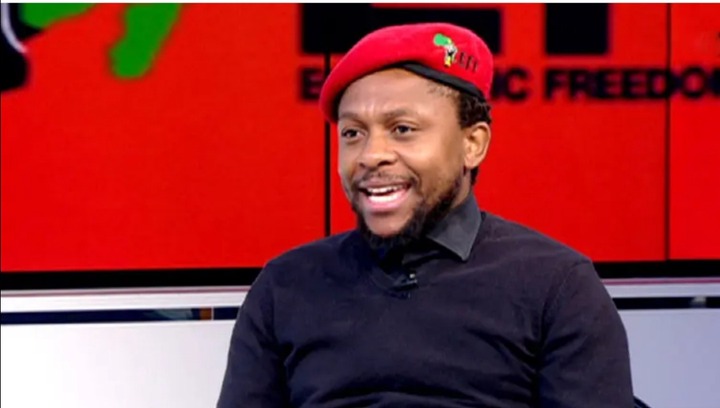 To show that this comments do reach this leaders, Dr Mbuyiseni Ndlozi is now complaining why Democratic leaders John Steenhuisen is not named flip flopers.

This is After initially defending the divisive posters in KwaZulu-Natal province, Democratic Alliance leader John Steenhuisen made an about-turn on Thursday 07th October 2021, distancing himself from the controversy.

At first John Steenhuisen defended the democratic Alliance’s posters in Phoenix which were praising people in that area whom are believed to have murdered more than 35 black people during the unrest in KwaZulu-Natal province.

Unfortunately somw believed that There's no flip flopping. He didn't admit that he was wrong. Their apology wasn't even genuine. They removed the posters based on them being unsanctioned, not that they were wrong.

Bad news| Not getting along between celebrity sisters continues

Lamiez Holsworthy was being bullied to wear shorts see comments below

Let us remember the citizens of Swaziland in our prayers

WATCH | Anele Mdoda clarifies: 'I don't have a problem with Kelly Rowland'

Popular Mzansi Celeb who is Now Allegedly Broke:Gets their BMW M4 Repossessed: See who It is

Condolences pour in for Somizi as he privately buries his elder sister.