The Minister of Finance, Enock Godongwana has stated that the allegations of sexual assault levelled against him are nothing more than a smear campaign, even as speculations abound on social media that the lady who is accusing him of sexual harassment could be arrested. The minister says he finds the accusations ridiculous, disclosing that these are not true. He was quoted as saying, “I reject with contempt the allegation that I have attempted to silence the complainant by bribing her. As I informed the police, the identity of the complainant is unknown to me. These allegations are unfounded". Some social media users believe that the lady in question may be arrested any time soon. Thuso, a foremost supporter and follower of President Cyril Ramaphosa, wrote, “Enock Godongwana's accuser might be arrested tomorrow.

NPA instructed police to arrest her after CCTV footage”. It has further been reported that the minister in question has said that he will not step aside from his position.

The speculations on social media are that the CCTV footages are allegedly in the favour of the minister. 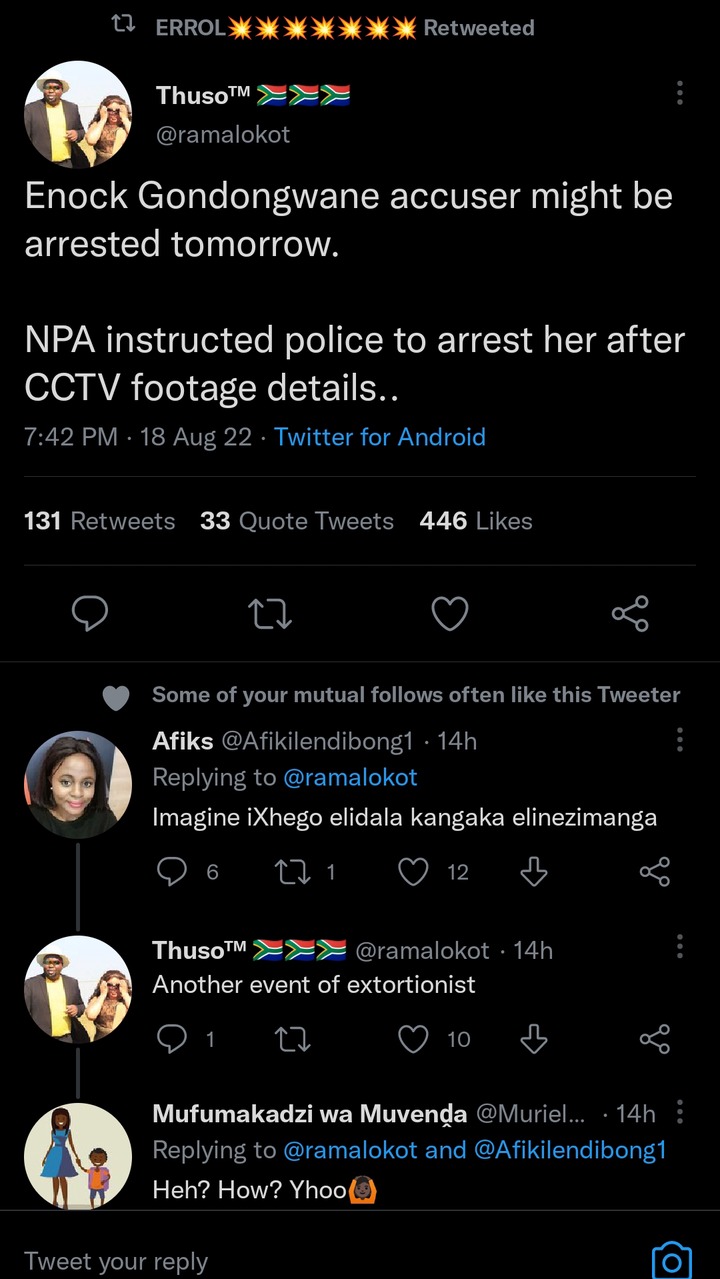 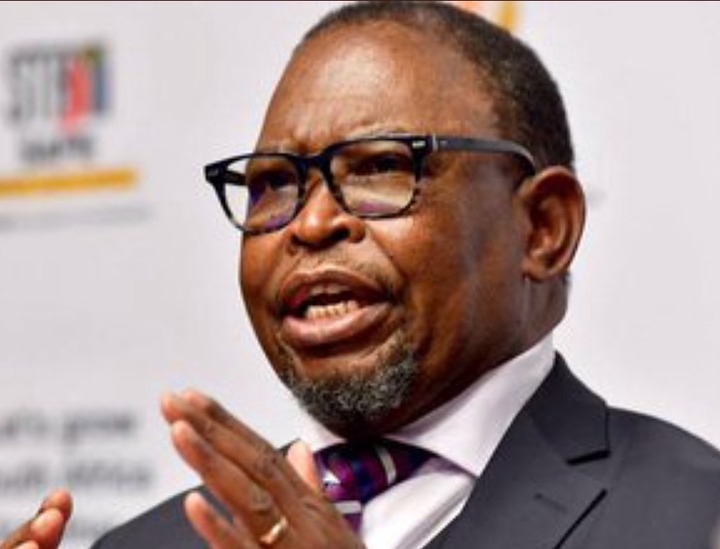 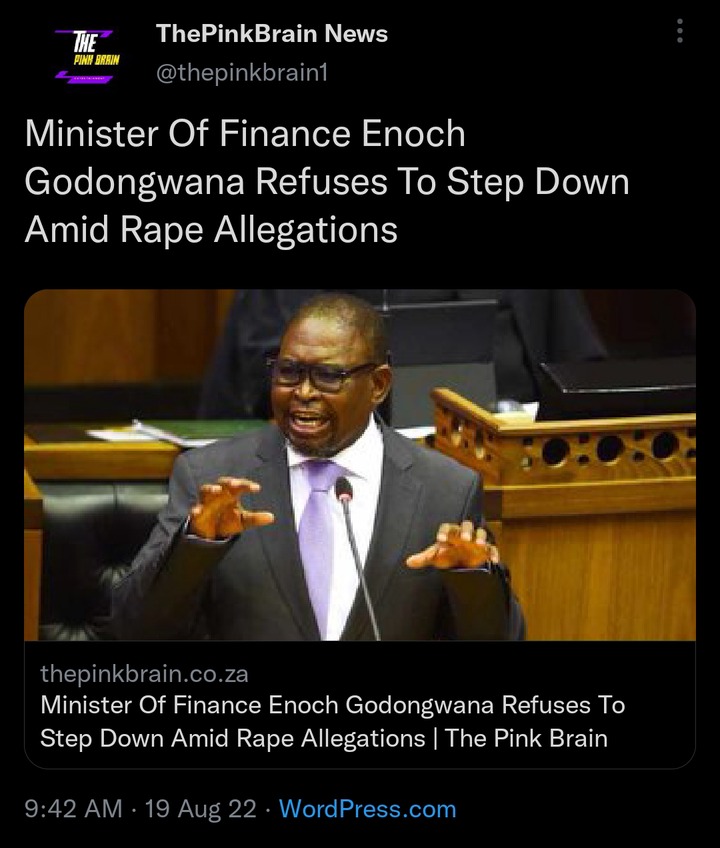 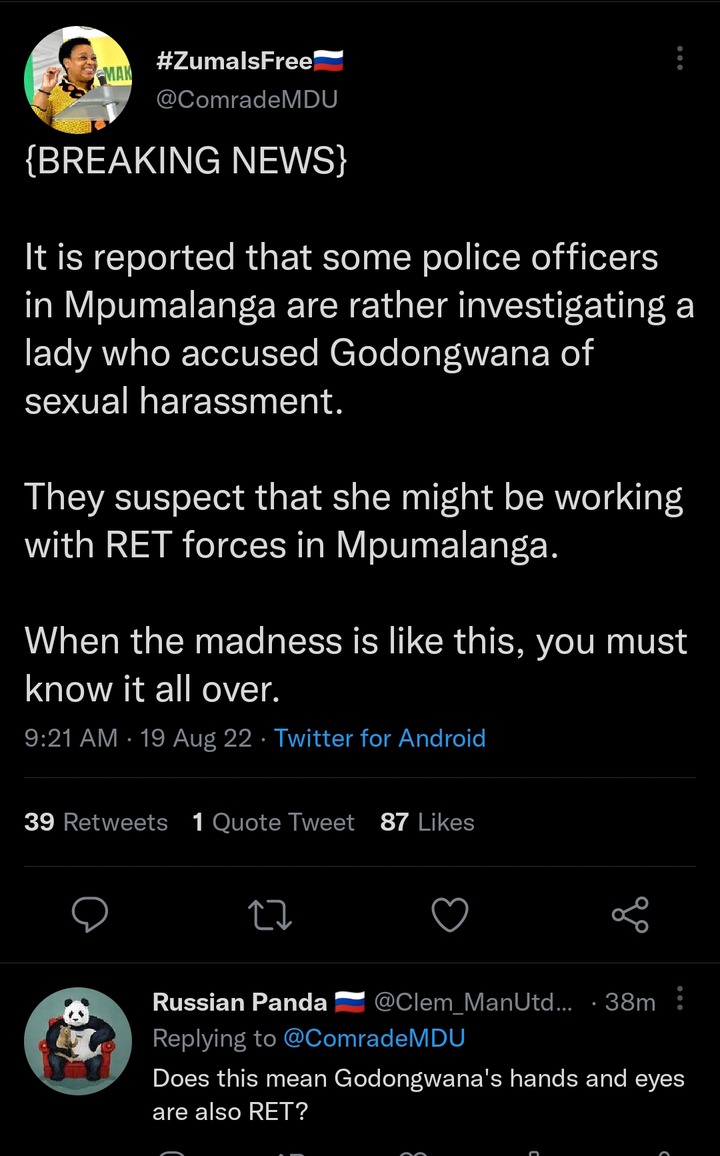 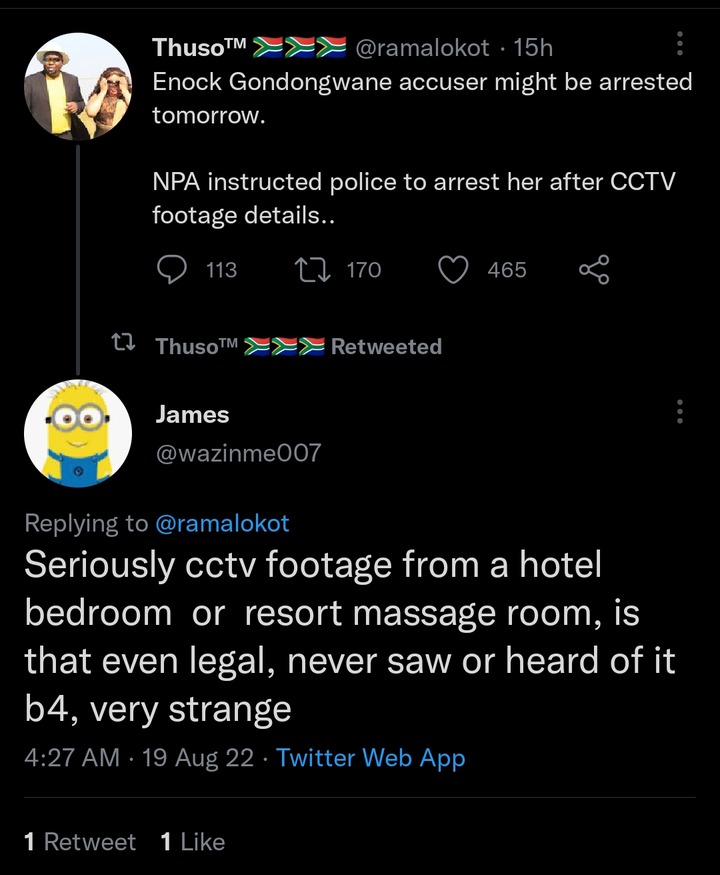 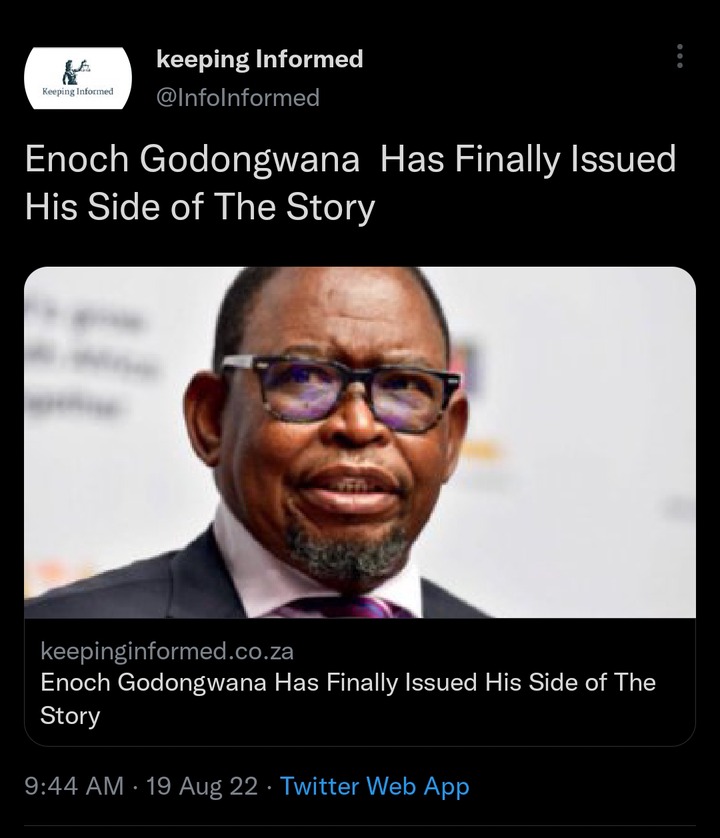 A popular social media influencer disclosed that, “It is reported that some police officers in Mpumalanga are rather investigating a lady who accused Godongwana of sexual harassment.

They suspect that she might be working with RET forces in Mpumalanga. When the madness is like this, you must know it all over”. However, the Police in Mpumalanga are waiting for a “warning statement” from Finance Minister Enock Godongwana after a charge of sexual assault was opened against him. Many people say they are waiting patiently to see what the case would become. However, some supporters and defenders of the minister are calling the accusation an “extortionist plot”, saying that it will surely backfire against the people plotting against the minister of finance, Enock Godongwana. 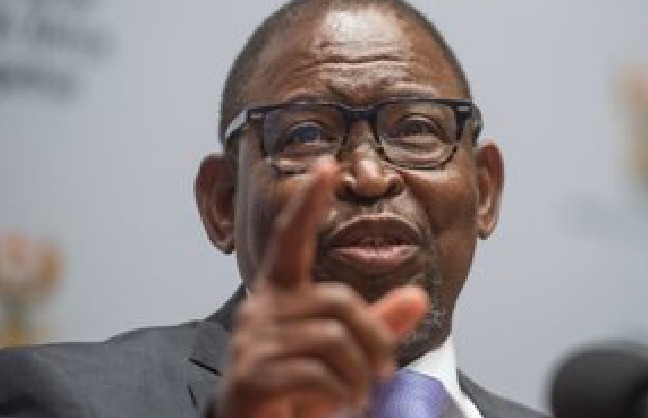 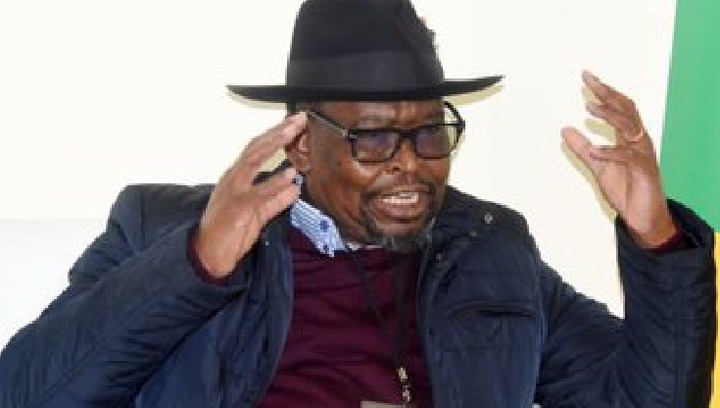 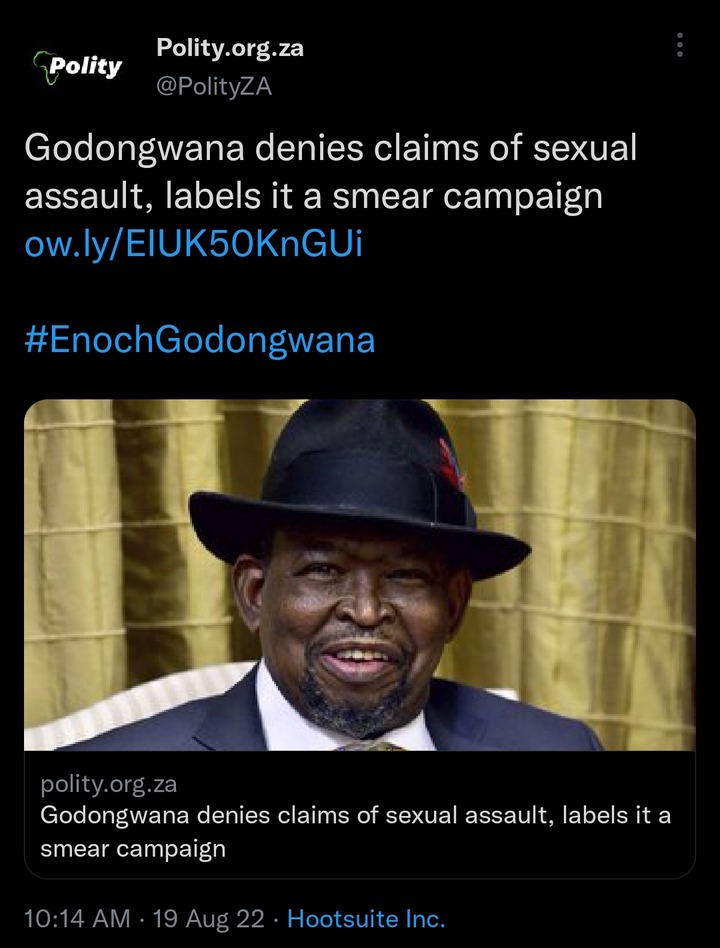 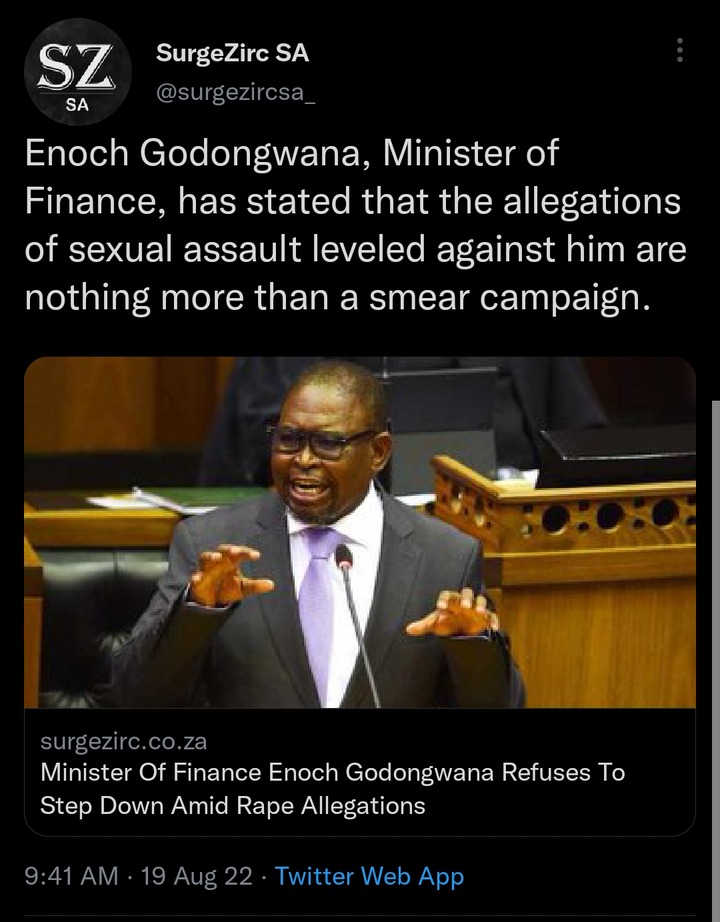