Red berets leader EFF leader Julius Malema believes that the Phala Phala incident has nothing to do with RET troops or Jacob Zuma. Pictures in the archives. 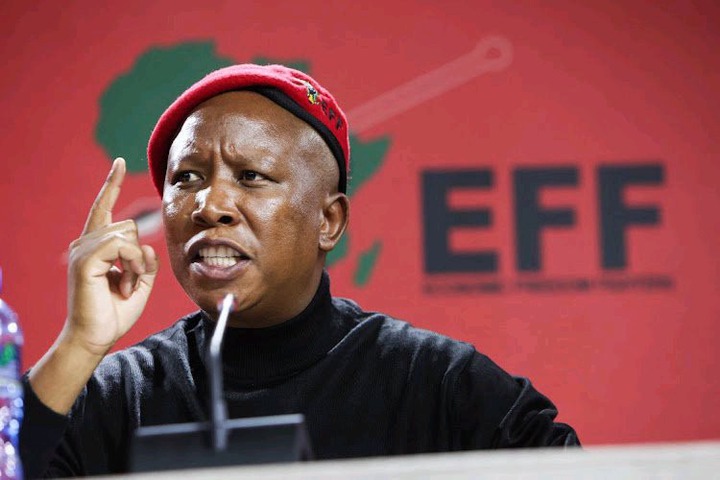 Julius Malema, leader of the Economic Freedom Fighters, has claimed that the ANC's "RET faction," which is aligned with Jacob Zuma, is just as unsure as the rest of the country about what exactly former spy chief Arthur Fraser's "Phala Phala offensive" against President Cyril Ramaphosa is trying to accomplish.

Although Zuma, the most visible member of the RET, appointed Fraser to his position as spy chief, Malema claimed on Wednesday that former president Thabo Mbeki is the real power behind Fraser.

Malema claims that Thabo Mbeki plans to return to the ANC leadership.

At a multi-party briefing in Houghton on how to remove Ramaphosa from office in the wake of Fraser's Phala Phala allegations, he made this statement. Houghton is located not far from Mbeki's home.

While these charges may be true, the ANC's RET forces have never celebrated Fraser with jubilation. While they may have exploited Phala Phala to decampaign the president, they have never hailed Fraser as a hero. Given that it was not the ANC's idea in the first place, bringing it up at their policy conference was challenging. Everyone is wondering whose goals Fraser is pursuing. Since Mbeki claims to harbor lingering resentment toward Ramaphosa for not allowing him to complete his full term in office, the correct response is that Fraser is on board with the former president's efforts to have Ramaphosa deposed.

According to credible reports, "Fraser is actually cooperating with Mbeki rather than the RET forces."

Mbeki's office has been contacted by TimesLIVE for comment.

Recent remarks at ANC deputy secretary-general Jesse Duarte's memorial ceremony saw him criticize Ramaphosa for not following through on his pledges made in the state of the country address.

Mbeki claimed that "nothing" had changed since Ramaphosa's talk, and he accused him of making hollow promises on a social covenant to pull the country out of economic despair.

Mbeki asked, "what is that?" when ANC Limpopo provincial chair Stan Mathabatha endorsed Ramaphosa for a second term as ANC leader ahead of the forthcoming elective conference in December.

Look at what Ace Magashule was spotted doing At Capitec bank. Is this really him?