Malema drops a bombshell “Zuma got rid of ME & Floyd to have a 2nd term as the president”. Video.

By NewsUpdate.co.za (self meida writer) | 12 days 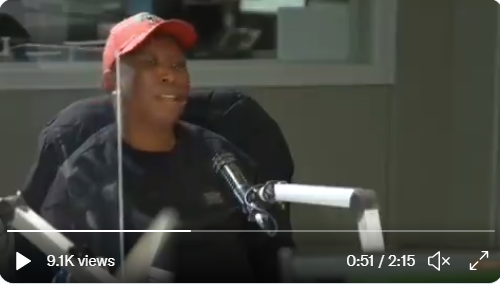 Running for presidency is not an easy task. You have to sacrifice a lot, there is courage that is needed, you need to convince people to have faith in you. Politics is no walk in the park, you have a tight competitor, opposition parties that can throw you out of power. You need to have no mercy sometimes and put your feelings aside in order to come victorious and survive. There are many leaders who made it into power through dirty doings. People are capable of killing in order to protect what they think is valuable to them. As a leader, you have to be neutral like a judge, know how to win over your enemies and competitors, a sad reality.

For the first time Julius Malema seems to be comfortable talking about what Jacob Zuma has done to him in order to be in power. Politics is the mind game and if you are going to be lenient you will not survive. Indeed there are certain people that you need to remove in your life or on your path in order to succeed. Jacob Zuma has done exactly the same thing by getting rid of Julius Malema and his deputy president of the economic freedom fighter Floyd Shivambu. It has been a very interesting interview that Julius Malema has taken to spill the bean to South Africans.

People can recall very well that Jacob Zuma is the one who got rid of Julius Malema while he was serving his term as the South African president. He was not ready to let Julius Malema spoil his opportunity to serve his second term as the president of South Africa. It was a time when Malema was accused of millions of rands that he had looted. He also took it back to president Jacob Zuma after exposing his home in Nkandla and alleging that he built his home with the money of corruption.

During the live interview, Julius Malema seemed to be calm as he shared the secret and that more South Africans had to know in order to understand the political faction that is within the ANC. During the interview he was regarded as the former nucleus of the ANC and getting rid of him resulted in ANC being malfunctional and nearly collapsing. People can see that the ANC is no longer the same political party that it was 10 years ago. There were many battles within the party that were never revealed to the public.

Malema stated that Kgalema Motlante who was the deputy president of South Africa during Zuma's term, was going to be the president at the time that Zuma went for his second term. This could have only happened if Julius Malema was not eradicated away from the ANC. Jacob Zuma calculated his moves very well and he knew that in order to serve a second time he had to get rid of the youth league within the ANC that was very strong. Indeed there is a lot that we do not know that is happening within the ANC. Now that president Jacob Zuma has been arrested, people are free to reveal some of the secrets to the public.

Here is the reasons why Lionel Messi has been banned from Barcelona training ground.