Jacob Zuma says Helen Suzman Foundation, AfriForum and DA are out to humiliate him 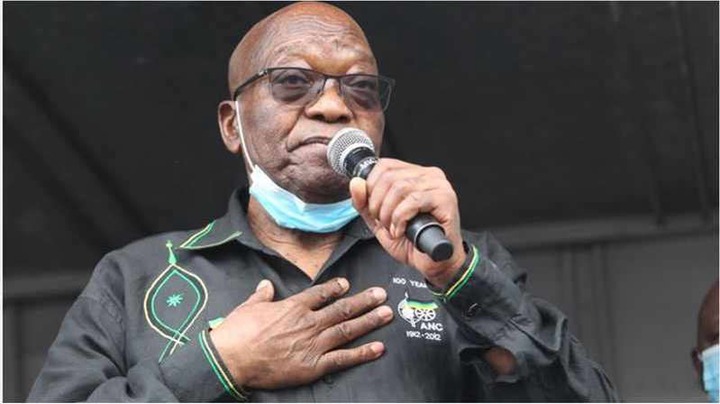 Johannesburg - Former president Jacob Zuma has denounced the Helen Suzman Foundation (HSF), AfriForum and the DA of needing to embarrass him.

The three have pulled Zuma toward the North Gauteng High Court in a bid to upset the Department of Correctional Services' choice to give the ex-president clinical parole.

On Tuesday, Zuma's legal advisor Thabani Masuku SC let North Gauteng High Court Judge Keoagile Matojane know that he ought to excuse the application as the candidates (the HSF, AfriForum and the DA) had no locus standi (remaining) to bring the application.

He said that conceding the application would have no commonsense lawful impact and that they were requesting Zuma's more right than wrong to protection to be disregarded as it would prompt the previous president's clinical records being sprinkled in papers.

"They are looking to embarrass Mr Zuma," Masuku said, adding that they needed the previous ANC pioneer to emerge from jail just when he was going to kick the bucket.

He said the HSF, AfriForum and the DA were political associations and Zuma their political adversary.

"They need to embarrass Zuma. Zuma doesn't have an obligation to unveil his ailments to his political adversaries."

Masuku said Zuma was as yet in jail since he was carrying out his punishment notwithstanding being restoratively paroled.

"There is no criticalness met by the candidate. They don't have the full realities."

Masuku said the candidates had no case to Zuma's clinical security and that the issue was not really dire that it justified the high court's intercession.

"The interests of equity would necessitate that what they require is a debatable cure," he said.

Jacob Zuma says Helen Suzman Foundation, AfriForum and DA are out to humiliate him (msn.com)

Colon Cancer Kills: Stay Away From These 4 Things To Reduce The Risk Of Colon Cancer