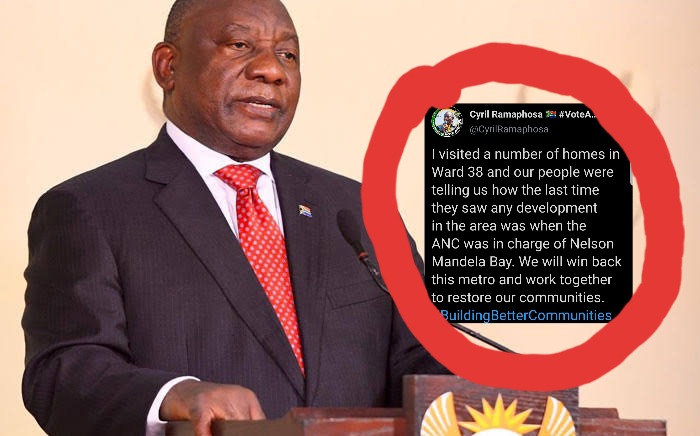 A recent tweet by president Ramaphosa has got many South Africans talking online because of what he said about ANC in power.

President Ramaphosa in his recent tweet disclosed that he visited several houses in ward 38 where people told him that the last time they saw development was when the ANC was in charge of Nelson Mandela Bay. 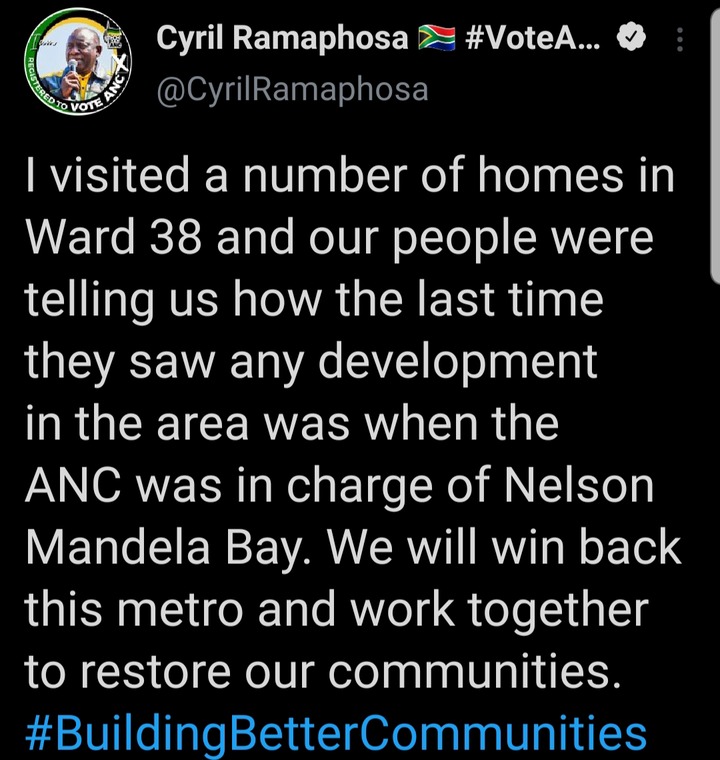 “I visited a number of homes in Ward 38 and our people were telling us how the last time they saw any development in the area was when the ANC was in charge of Nelson Mandela Bay. We will win back this metro and work together to restore our communities. #BuildingBetterCommunities,” says president Cyril Ramaphosa.

Many people who read this tweet found out that his words are just for the campaign. One of the Twitter users who reacted replied to him by saying, “we know the truth.” However, the user didn't explain which truth he was talking about.

Several other South Africans who reacted to the tweet were not happy with President Cyril Ramaphosa's statement. Another user who reacted said that after the election campaign and battle for power, some of these communities won't see them again till the next election. This is something I can't testify for.

Another user who was criticising president Cyril Ramaphosa said that if the ANC government doesn't have any achievement to show, they should not even try to win the hearts of the people.

In his words, he said, “I'm really waiting for that day that you will "restore" these communities from the ANC – It will be interesting to watch. Seriously, this kind of campaign is never going to work for a party in government. If you have no achievement to show, just don't even try.” 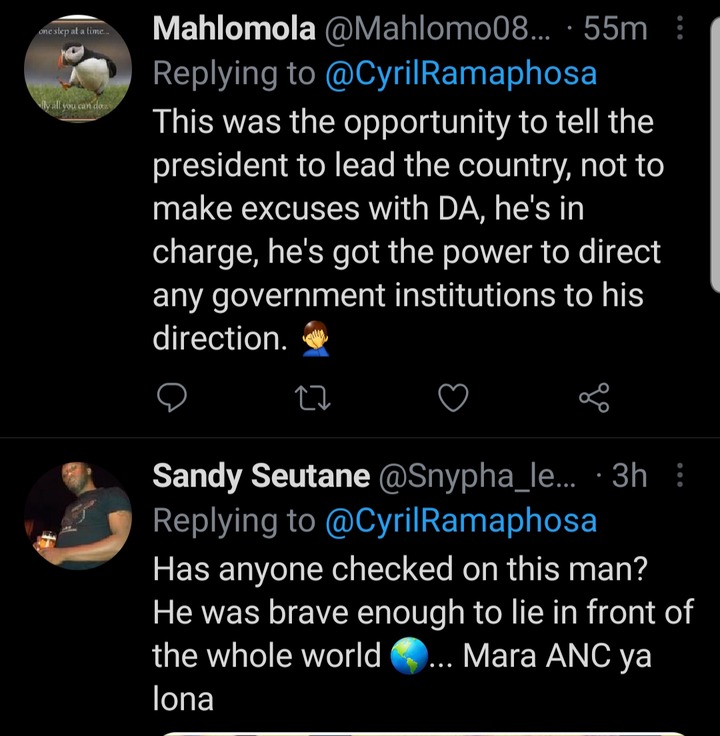 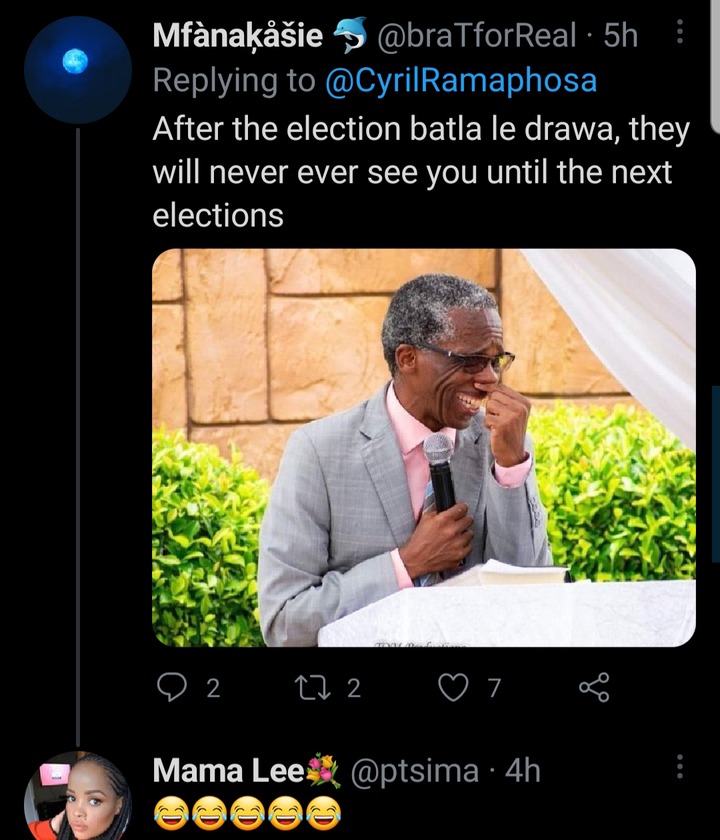 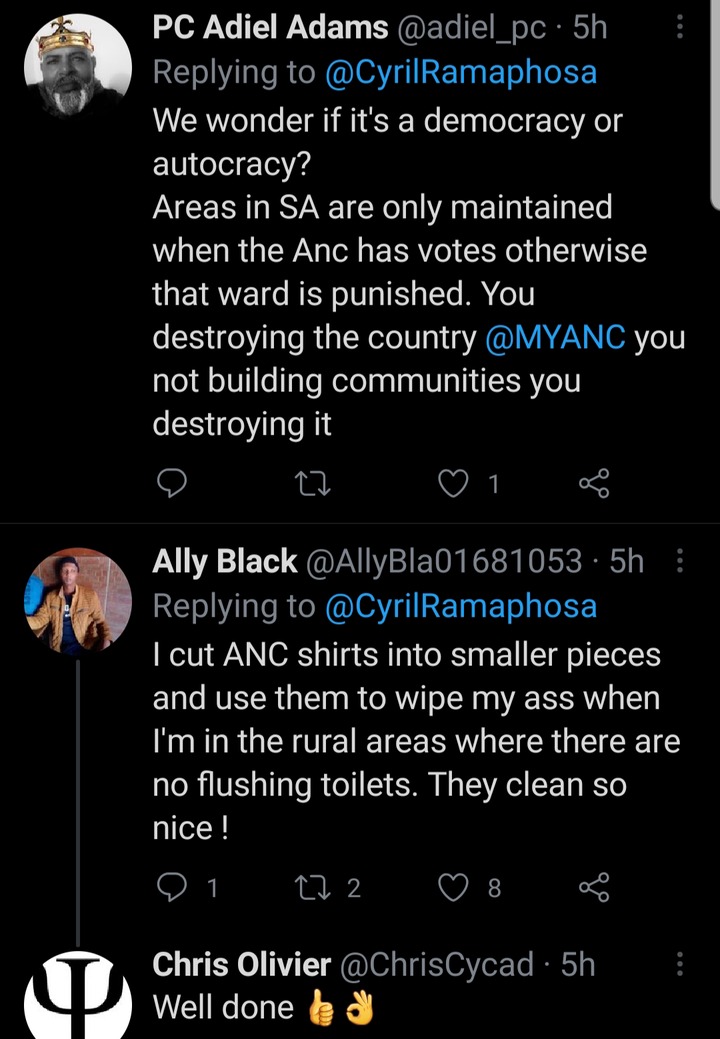 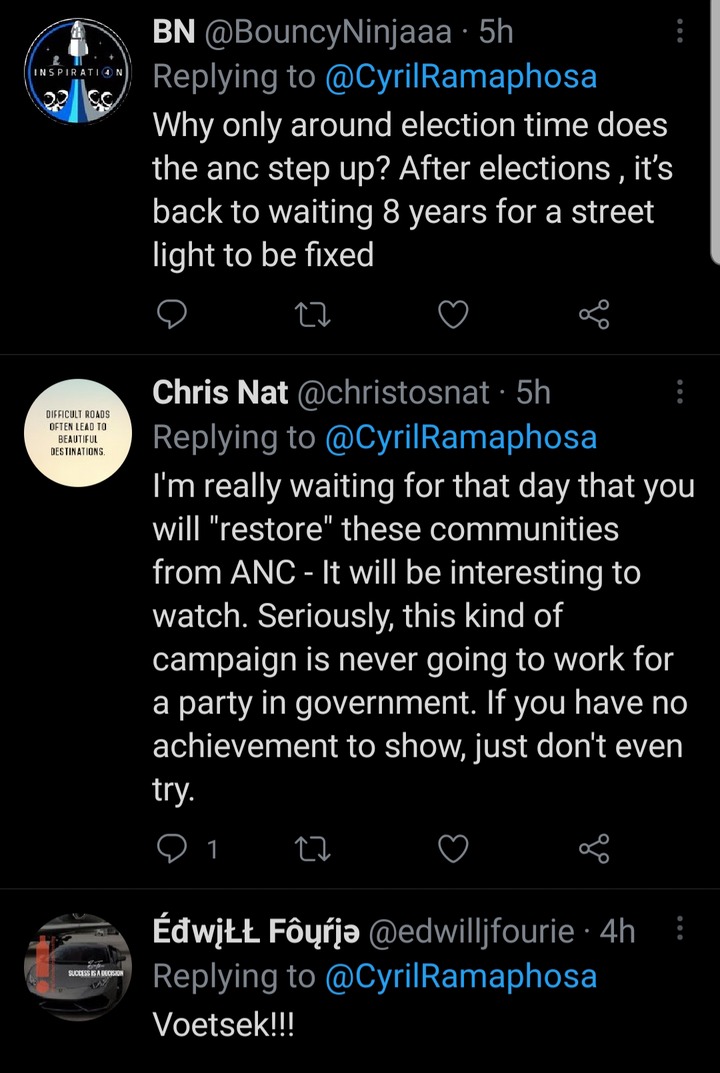 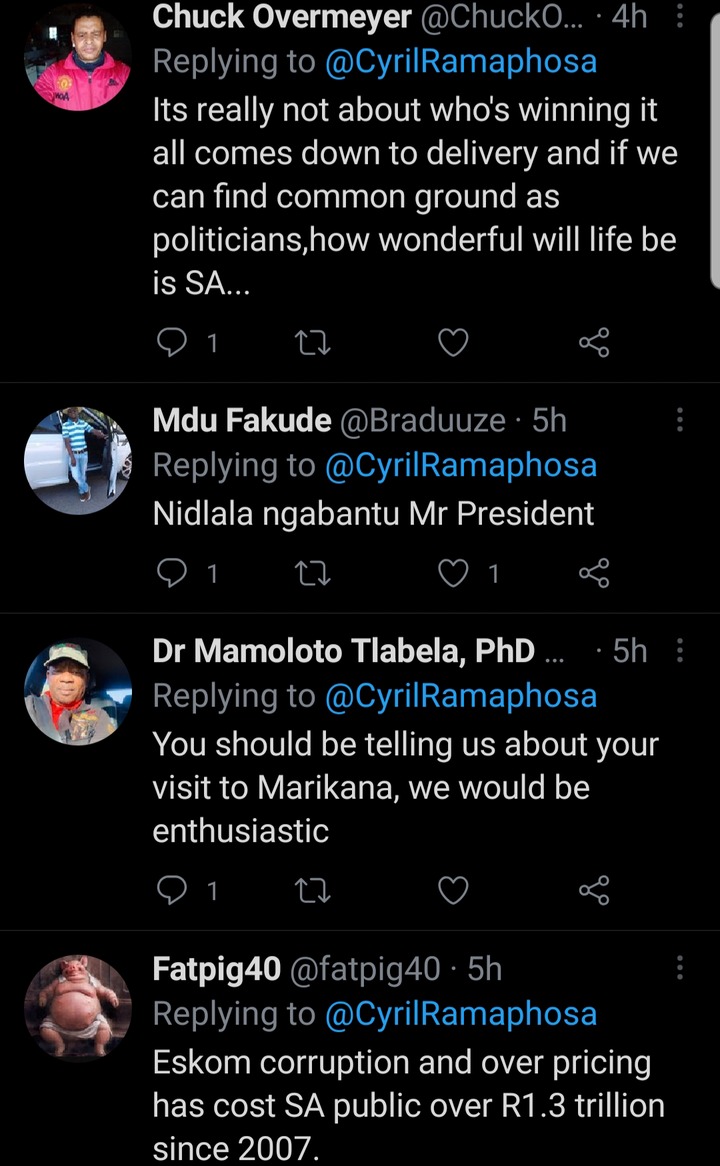 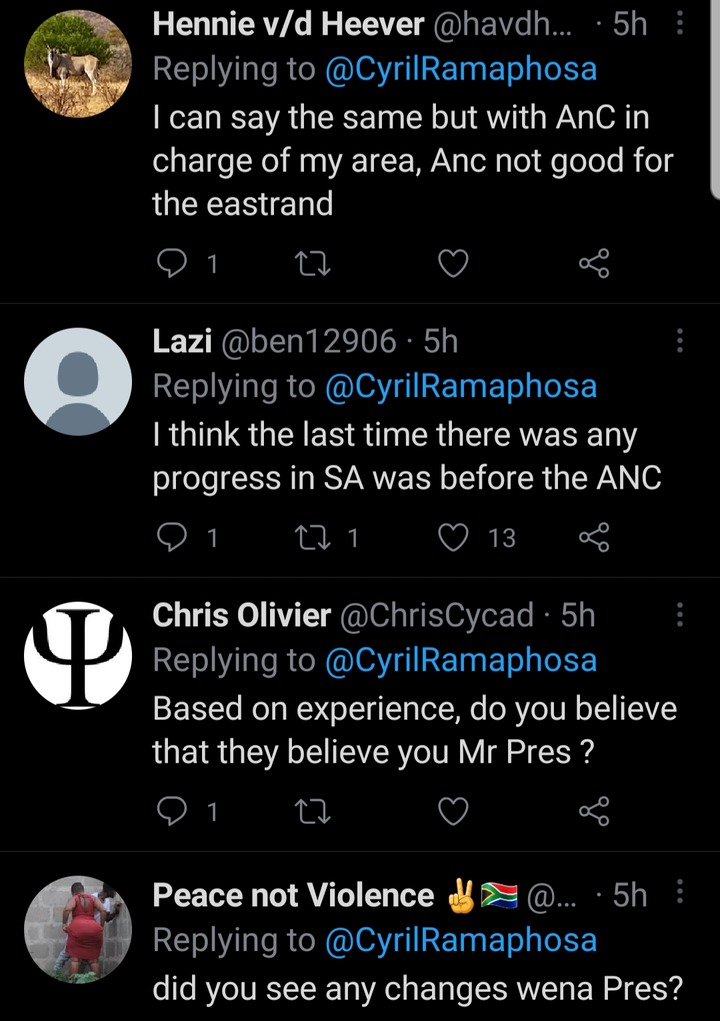