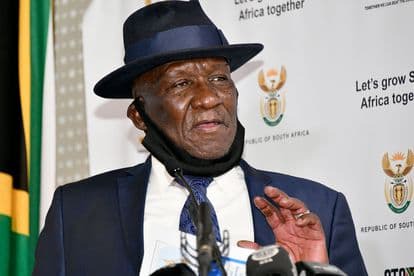 The Presidency has affirmed that public police official Khehla Sitole is confronting suspension and has been welcome to present a defense against his suspension to the President.

President Cyril Ramaphosa kept in touch with Sitole after reports that the official had baffled a test into degenerate obtainment bargains by the Crime Intelligence office. The examinations were being led by the Independent Police Investigative Directorate (IPID).

The matter was alluded to court and turned into the subject of a finding by Judge Dennis Davis in the North Gauteng High Court.

Davis had decided that Sitole and two lieutenants, Francinah Vuma and Leonard Tsumane, had "penetrated their obligations" in neglecting to co-work with IPID.

Ramaphosa said, "the issues emerging from the High Court judgment are not kidding" and is presently continuing onward with an investigation into Sithole's supposed wrongdoing and wellness to hold office.

"This is justified by the public interest in the respectability of the workplace of the National Commissioner," said Ramaphosa.

The President laid out this setting in his letter to Sitole and gave the Commissioner fourteen days to react. Sithole has since submitted portrayals, and "further commitment on this matter will be between the President and the National Commissioner."

Sithole was designated by previous President Jacob Zuma. He filled in as appointee public police official for policing activities in 2013 under then public police magistrate Riah Phiyega.