Bad news for the South African members of the public

The National Energy Regulator of South Africa released a media statement dated the 16th of February communicating the decision that was made by the High Court regarding an application by Eskom.

The media statement served to notify that the High Court gave Eskom the right to recover its R10-billion under the 2020-21 business year. 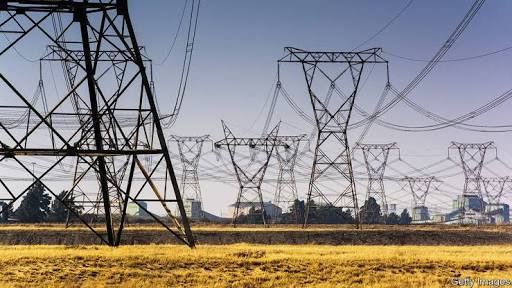 The Court order gave Eskom the right to have R10-billion added to the utility's revenue to be recovered through tarrif payment from the clients.

The order was given the green light following an application that was made by the power utility company as it seeked to recover its R23-billion in the 2021-22 business year.

The Court order is reported to have followed the discussions and agreement which was made between the National Energy Regulator of South Africa and the power utility Eskom.

According to the media statement, the agreement between the two entities is reported to have been communicated by the energy regulator which stipulated that the recovery would be implemented in the 2021-22 business year. 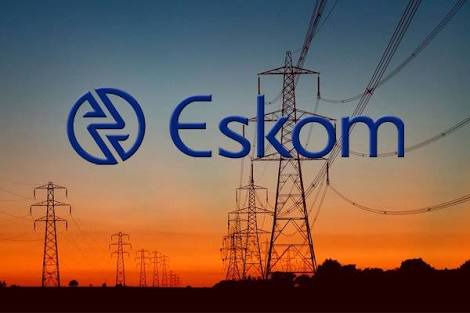 Its reported that this development would have had affected the application that was made by Eskom. The order that was given by the High Court in favour of Eskom can be challenged by the National Energy Regulator of South Africa as the Supreme Court.

The energy regulator indicated in its media statement that it has made an approval of Eskom's Regulatory Cleaning Account applications.

Below is a copy of a media statement released by the energy regulator of South Africa. 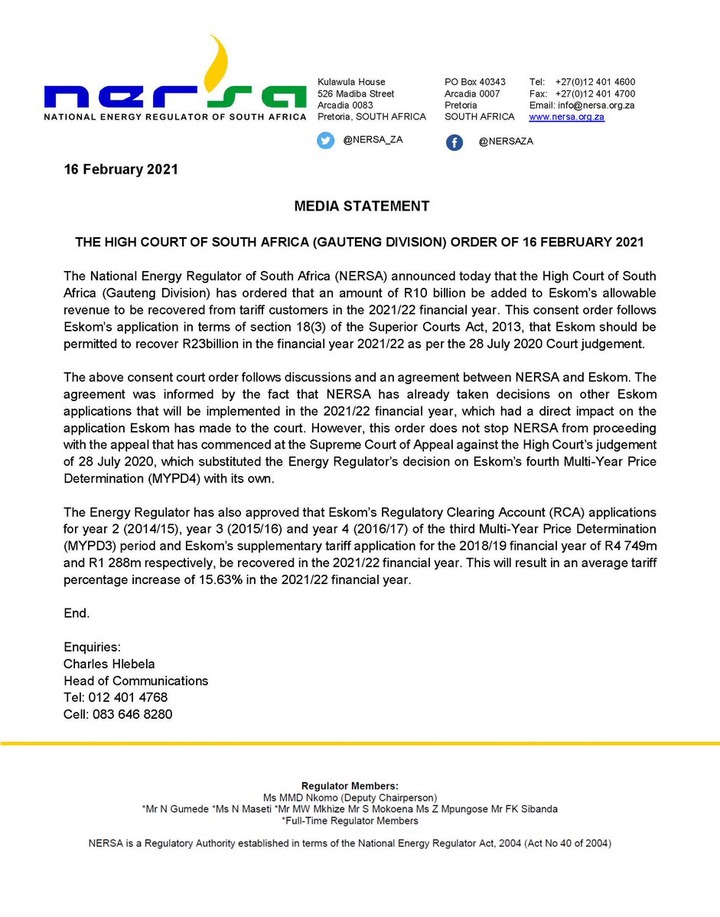 In its media statement, Eskom highlighted that it had noted the High Court ruling on the tarrif adjustment for the 2020/21 fiscal year.

Eskom , South Africa's power utility company used its media statement to highlight that it accepts and respects the Court order that was made by the North Gauteng High Court.

BAD NEWS FOR THE SOUTH AFRICAN MEMBERS OF THE PUBLIC

The South African power utility highlighted in its media statement what it means for the for the customers of Eskom.

The bad news for the members of the public is that there is going to be an increase by up to 15 percent in terms of tarrifs with effect from the 1st of April 2021.

Eskom went on and revealed in the media statement that the Court order enables them to recover the losses that were incurred by the institution towards the production of electricity.

The utility company revealed that this will enable stress to be releaved off the government of South Africa and enable it to focus on other priorities.

Below is a media statement from Eskom 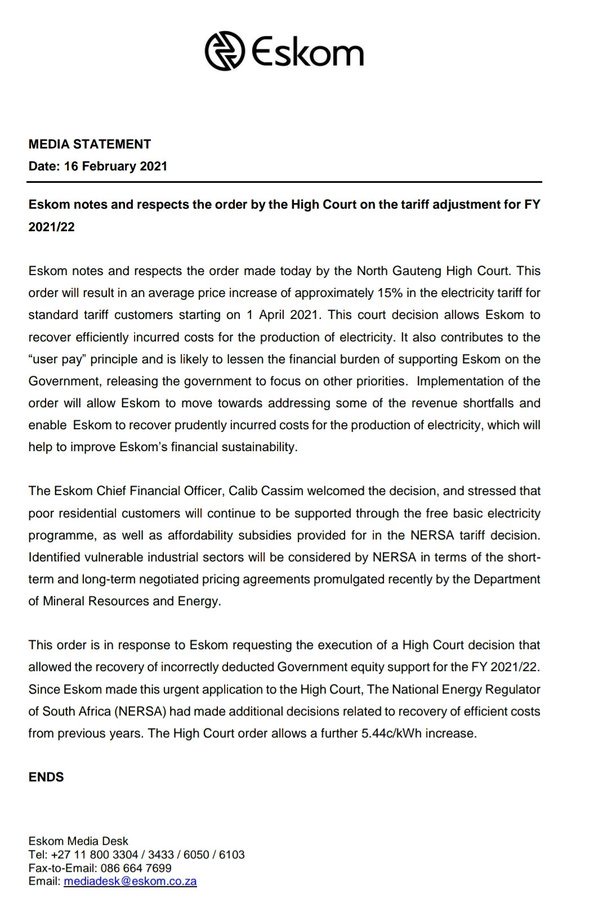