A white man, today, insisted that some foreign nationals are becoming too comfortable in South Africa, especially Somali Nationals. This is coming after some foreigners suspected to be Somali Nationals were captured on video. The video have been trending on social media, Twitter precisely. The white South African said that, “SANTACO must do something about Somali.

They must not let this one slide. These guys are now too comfortable in South Africa”. In the video, they were chanting Allah Akbar. South Africans have insisted that nothing good follow that shout of Allah Akbar. They reportedly set many taxis on fire while also shooting sporadically. They clashed with taxi drivers today, which led to the burning of several taxis, allegedly set ablaze by the rampaging Somali Nationals. This singular act has angered many South Africans, and they are vehemently kicking against it on Social media. 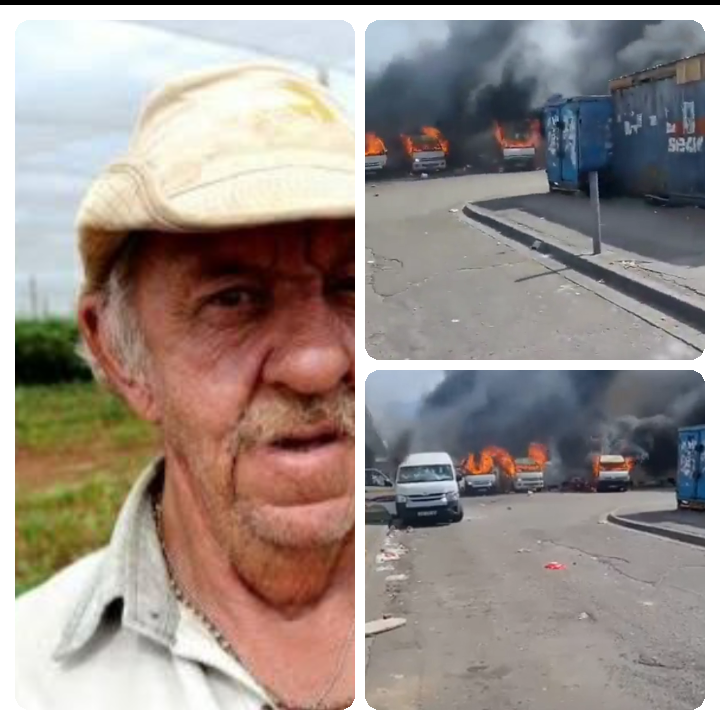 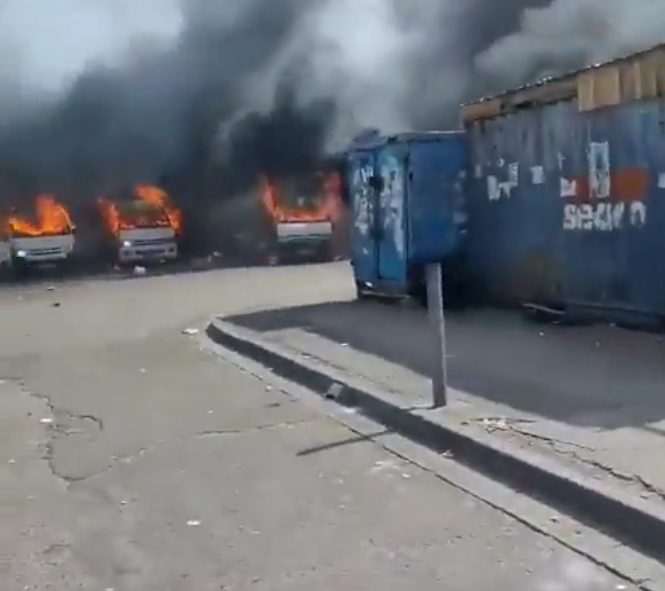 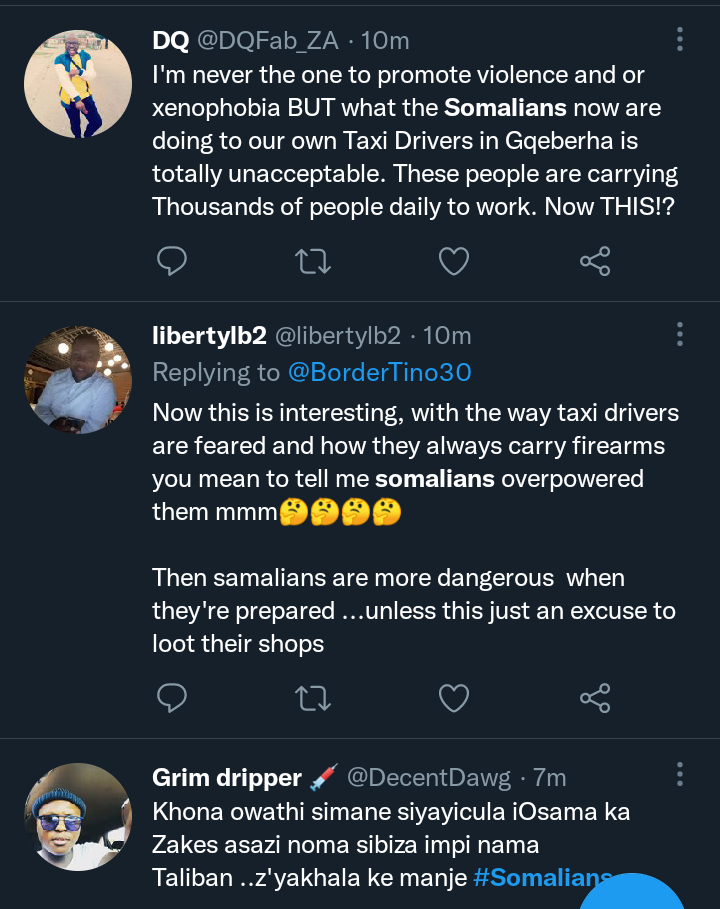 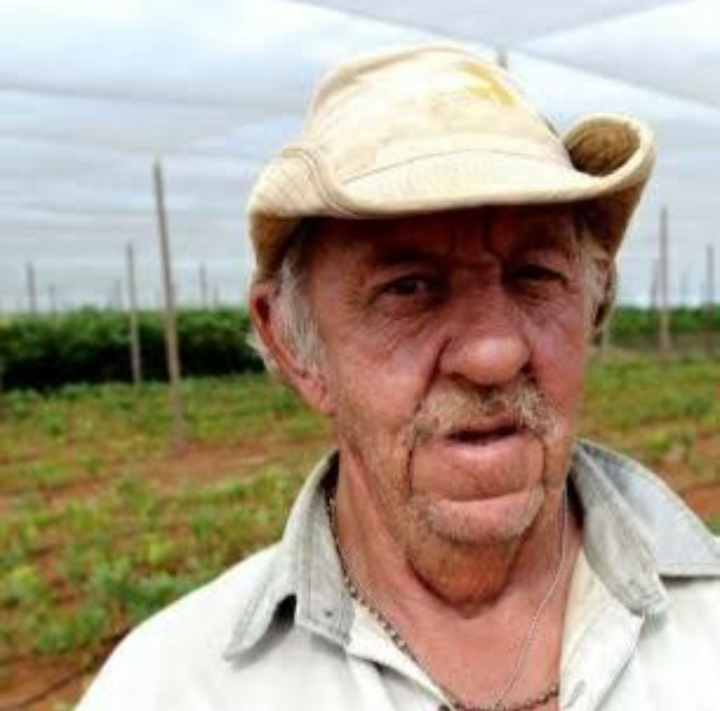 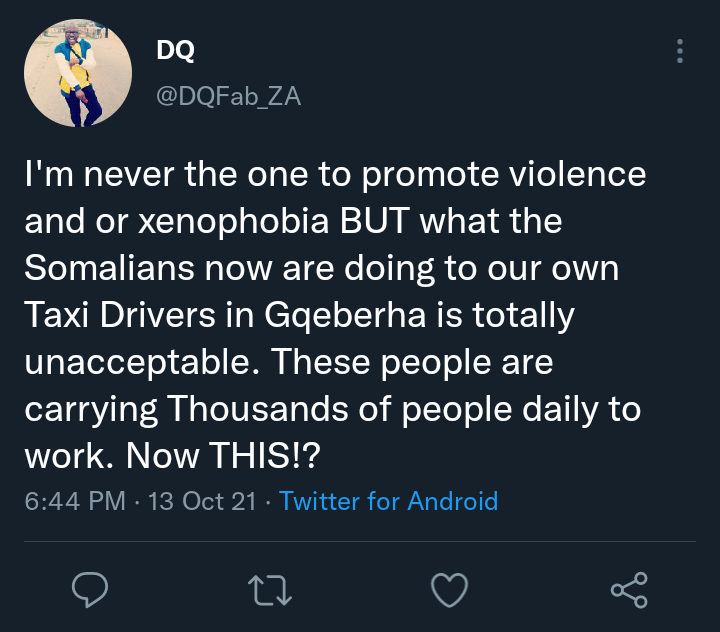 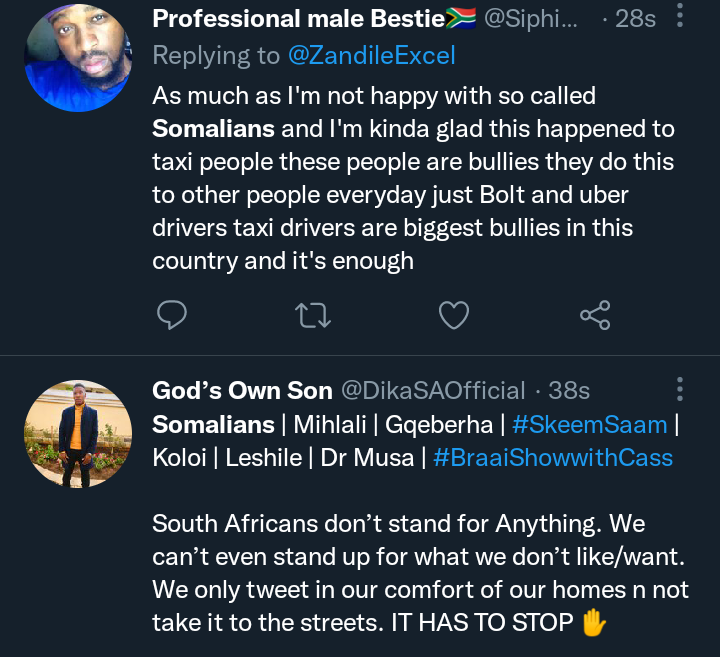 Many people lamented how foreign nationals dominate them in their country, forming associations, doing drugs and human trafficking. A South African lady also lamented that when South Africans engage these people, then the world would tag South Africans as xenophobic people. She also added, “Somali burnt taxis in Gqeberha when Taxi owners retaliates it'll be called Xenophobic”. But another South African youth countered the opinion. The man said, “As much as I'm not happy with so-called Somali, and I'm kind of glad this happened to taxi people these people are bullies they do this to other people everyday just Bolt and Uber drivers taxi drivers are the biggest bullies in this country, and it's enough”. It was reported that the shootings lasted for a while and furthermore, roads were blocked as Somali Nationals go on rampage, after an accident occurred, involving a taxi and Somali Nationals. 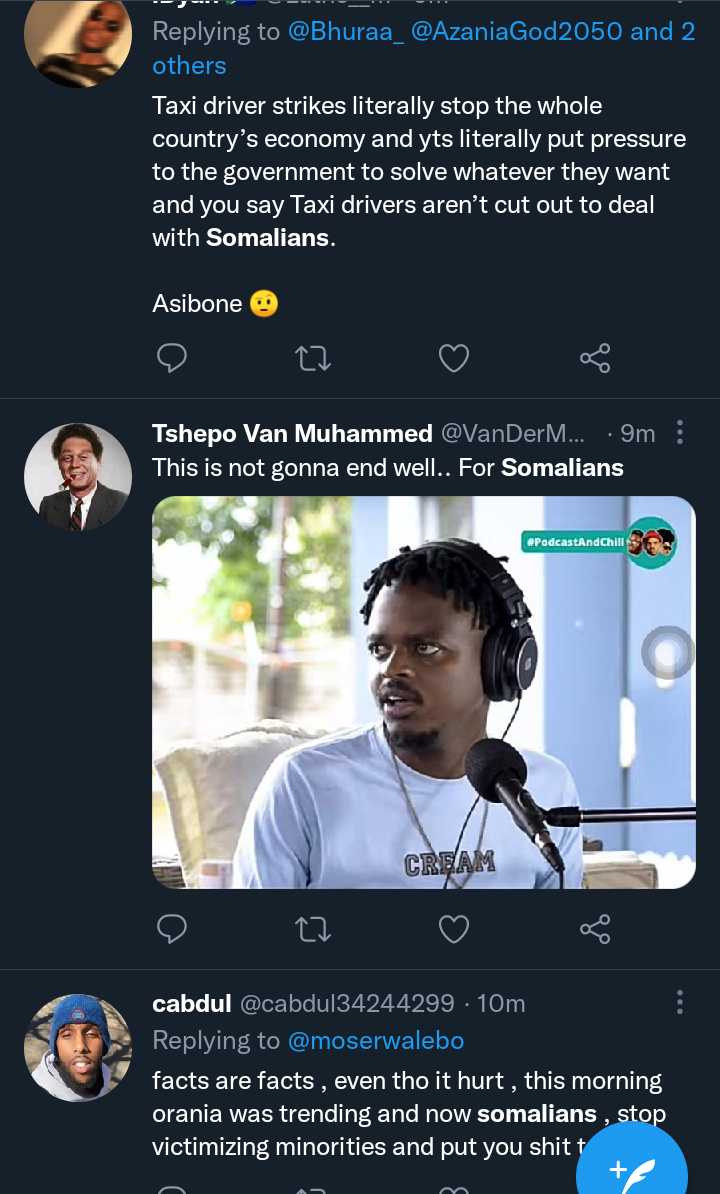 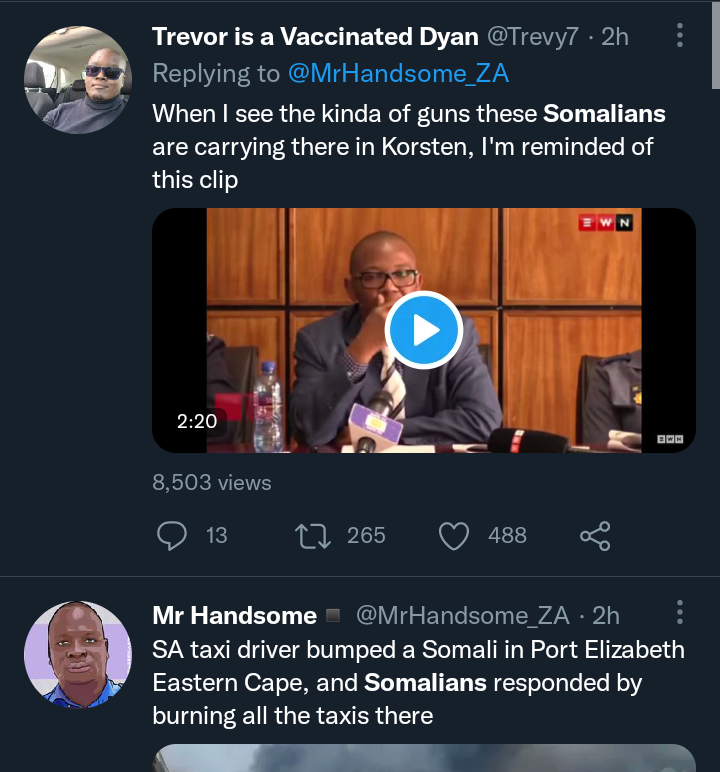 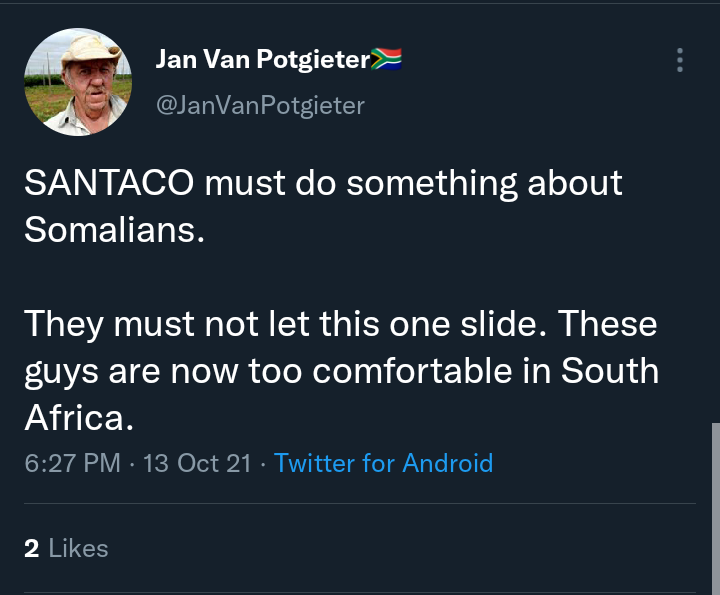 Some South Africans, especially those who are championing the group called putting South Africans First, have again urged the government to carry out mass deportation of these so-called illegal immigrants, Undocumented foreigners and unsolicited refugees, saying that some of them are constituting nuisance in South Africa. Another person added, “I'm never the one to promote violence or xenophobia, BUT what the Somali are now doing to our Taxi Drivers in Gqeberha is completely unacceptable. These people are carrying Thousands of people daily to work”.

What should the government do now?

Remember her or him, she confused us all.

“They shot and killed my son” – groom