Bad news for public worker after this happened

Sometime in the distant past, Luthuli House was a spot to talk about difficult issues of public significance according to the point of view of the overseeing party. 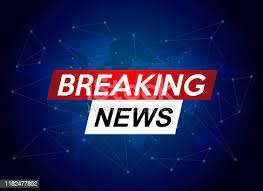 In any case, these days it has changed into a setting for consistent inward fights, with the ANC walking against the ANC.

In case it isn't the MKMVA toy-playing outside the base camp, it is the extremist financial change gathering, or the ANCYL, or the Congress of South African Students (Cosas), or even ANC staff members.

On Monday, it was the turn of party workers to dissent about proceeded with neglected pay rates, while asynchronous dissent highlighted party "individuals" from its Ekurhuleni area crying foul with regards to the nearby government up-and-comer list which was purportedly controlled by local pioneers.

The previous, which has turned into a month to month occasion in light of the ANC's inability to pay rates for the vast majority of 2021, was eclipsed by the last option, which seemed to have inactive youngsters transported in singing and moving while clad in ANC formal attire and conveying bulletins.

The shots were focused on ANC Ekurhuleni provincial secretary Thembinkosi "TK" Nciza, with the dissenters asserting he controlled the rundown to cleanse those he disagrees with.

Representing the gathering, Lorraine Mahlosane said they walked to the party central command to enlist their disappointment over Nciza's authority.

Nciza was jokingly alluded to as the "DJ", due to a once-amazing record name he in the past co-coordinated with DJ Sbu.

The nonconformists need the ANC public leader advisory group to mediate and get the rundown revamped. They likewise need to see Nciza's back, calling for him to "return to TS Records".

"We as individuals from the ANC in Ekurhuleni, on November 15 2021, settled voluntarily to hail our inconvenience with the way where the LGE 2021 ANC rules were controlled and altered by the local secretary Thembinkosi Nciza," said Mahlosane, perusing from their notice of complaints.

"The interaction was undemocratic through the impact of the provincial secretary, the DJ. We have all seen how troublesome it was for the ANC to win their most grounded wards and lost wards as a consequence of the tricks by the local secretary."

The dissidents said the ANC board drove by its previous appointee president Kgalema Motlanthe had its work sliced out to address Nciza's wreck in Ekurhuleni.

Among the requests, they need:

Friends whose names were eliminated from the rundown to be reestablished immediately;

Individuals whose names were pushed down the rundown to be raised to their unique positions;

Debates be concluded and fundamental disciplinary cycles taken against those found to have controlled the interaction; and

Names suggested by the territorial leader board of trustees (REC) for speaker and mayoral panel be overlooked as they are in the break of ANC rules.

Mahlosane further charged that Nciza and the REC had neglected to consent to ANC rules that request sex and generational equilibrium.

"We are not here as a group, we are branch individuals from the ANC who are not happy with all that is occurring in that gibberish of an area (Ekurhuleni)," said Mahlosane.

The notice was acknowledged by Mandla Qwane of the party's getting sorted out unit. He expressed gratitude toward the dissidents for raising their complaints to the administrative center.

"You are focused individuals from the ANC who came to Luthuli House to raise your issues. [My role] is to accept your debates and forward them to the NEC and the authorities and ensure they react with speed," said Qwane.

Nciza didn't answer calls for input and had not reacted to an instant message when distributing. This story will be refreshed should he react.

The problem is 'the DJ', say disgruntled ANC branches as they march to Luthuli House (timeslive.co.za)

A big toast to EFF sticking to its word to ensure that Foreigners are not hired more than citizens.