A white South African and a member of the Democratic Alliance have revealed that the ANC is not ready to effect any positive change in South Africa, saying that they do not need to wait to win the local government elections before fixing the pipes and potholes. Recall that ANC members said that they will fix everything when voted by the people. The white man said it's a lie. He noted that the ANC is still in power and that they should fix it now if they want the people to believe them. He took to his Twitter handle to berate the ANC, saying, “The ANC in Johannesburg is telling voters to vote for them so that they will fix potholes and build roads. But why can't they do it today, they are in government already”. Recall that Mr Fikile Mbalula said that once ANC is voted for, all these things they pointed out will be done, pointing out that there is always room for improvement. 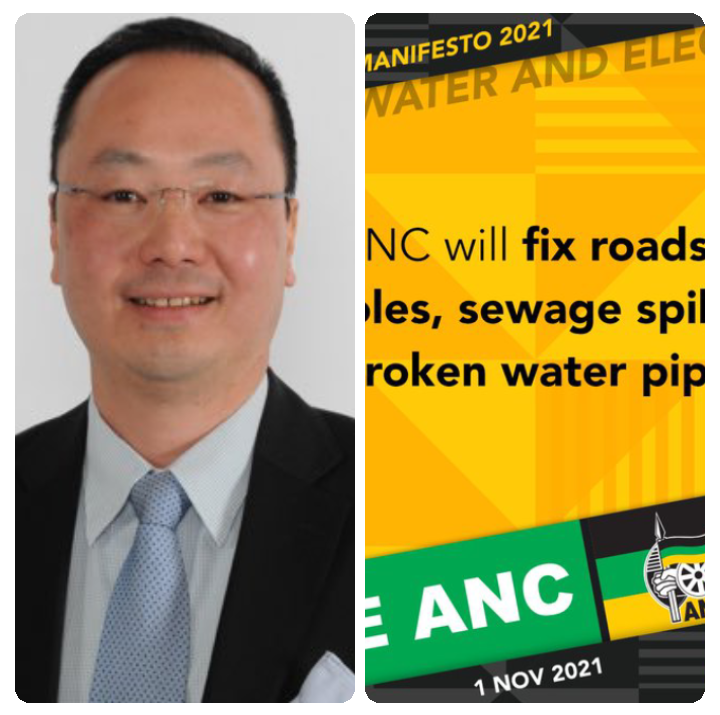 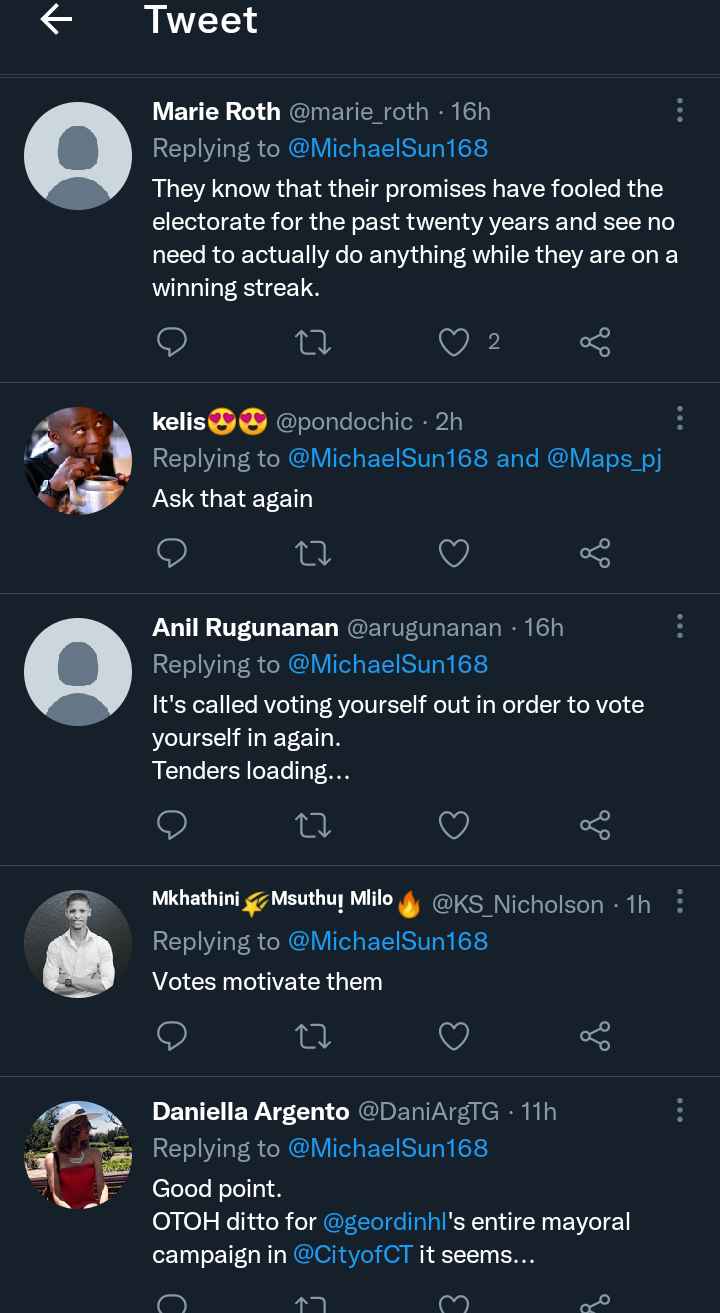 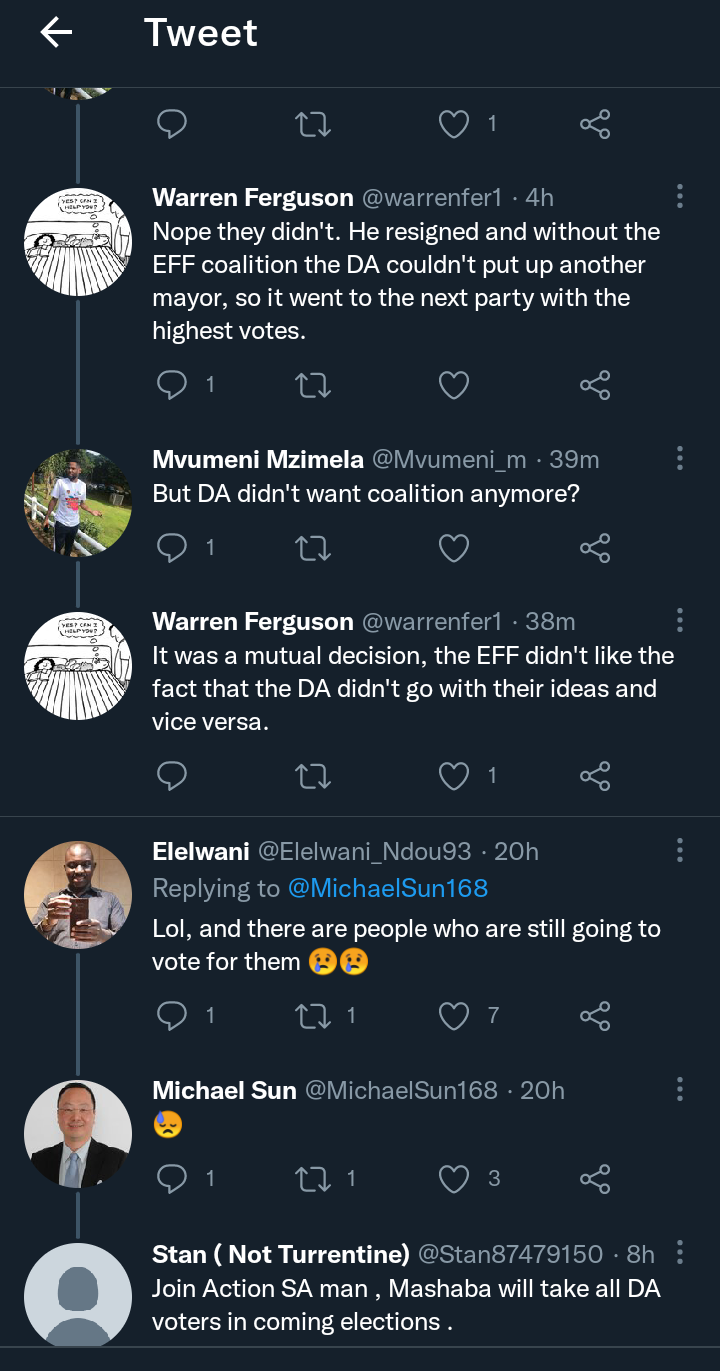 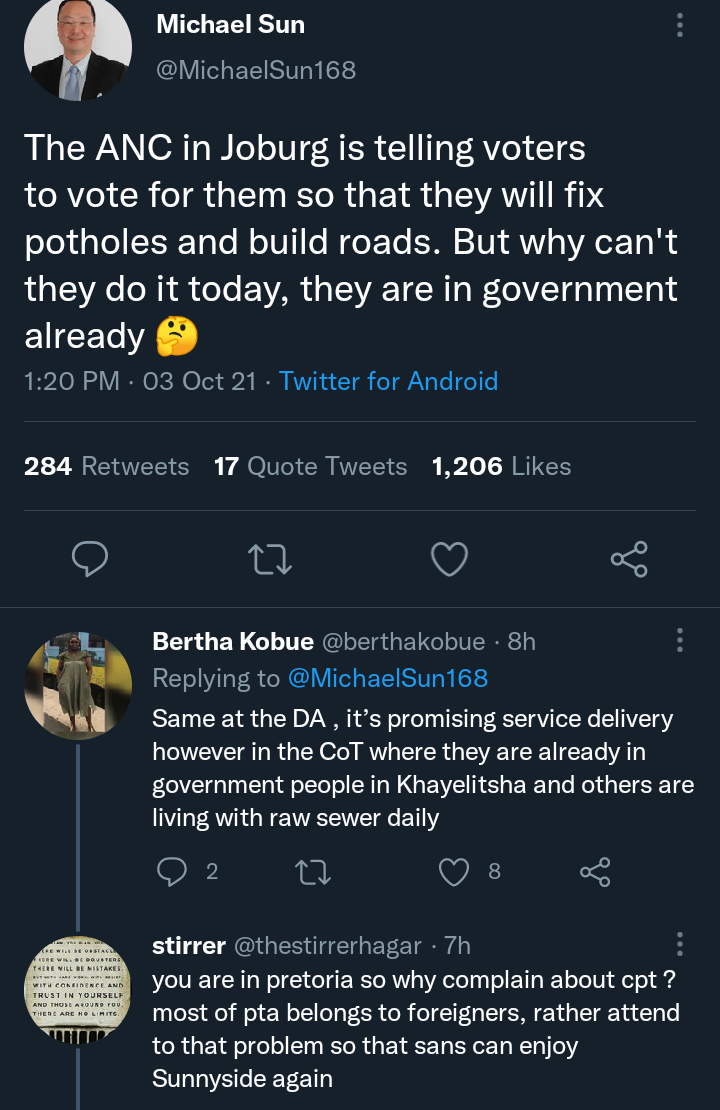 However, a South African youth also attacked the Democratic Alliance politician, saying that the same way the ANC is promising bogus promises is the same way the Democratic Alliance members are promising bogus promises that cannot come into fruition. He said, “I’m South African, I can talk about what happens in SA. DA is also campaigning in Pretoria promising good service delivery, the same way he’s asking why the ANC isn’t fixing stuff, I want to know why the DA isn’t delivering where it’s in government. Same at the DA, it’s promising service delivery however in the CoT where they are already in government people in Khayelitsha and others are living with raw sewer daily”. Many political parties are campaigning vigorously, however, rather than campaign in a straightforward manner, some political parties have resolved to blame games, condemning and attacking their rival political parties and accusing them for being responsible for the mismanagement and poor service delivery. While the ANC is heaping blame on the Democratic Alliance in Tshwane, the Democratic Alliance is heaping blames on the ANC for other places that is under the control of the ANC. 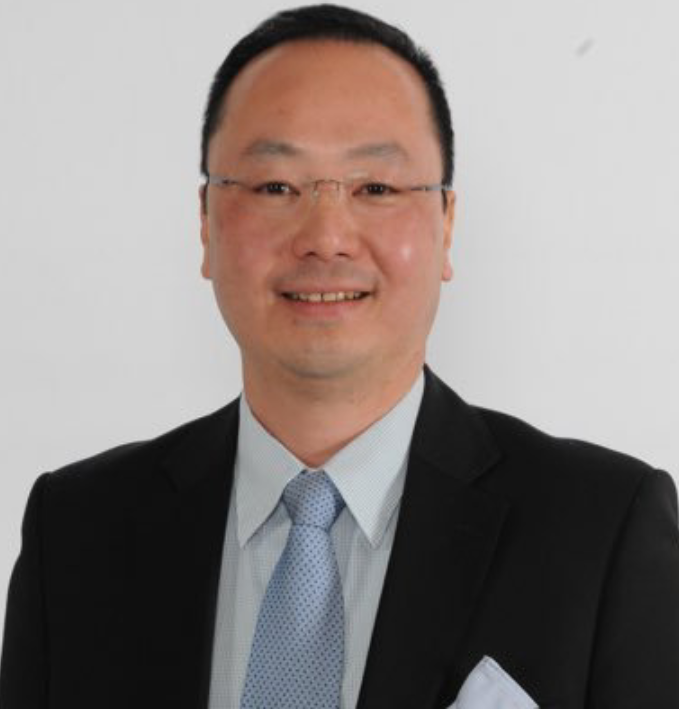 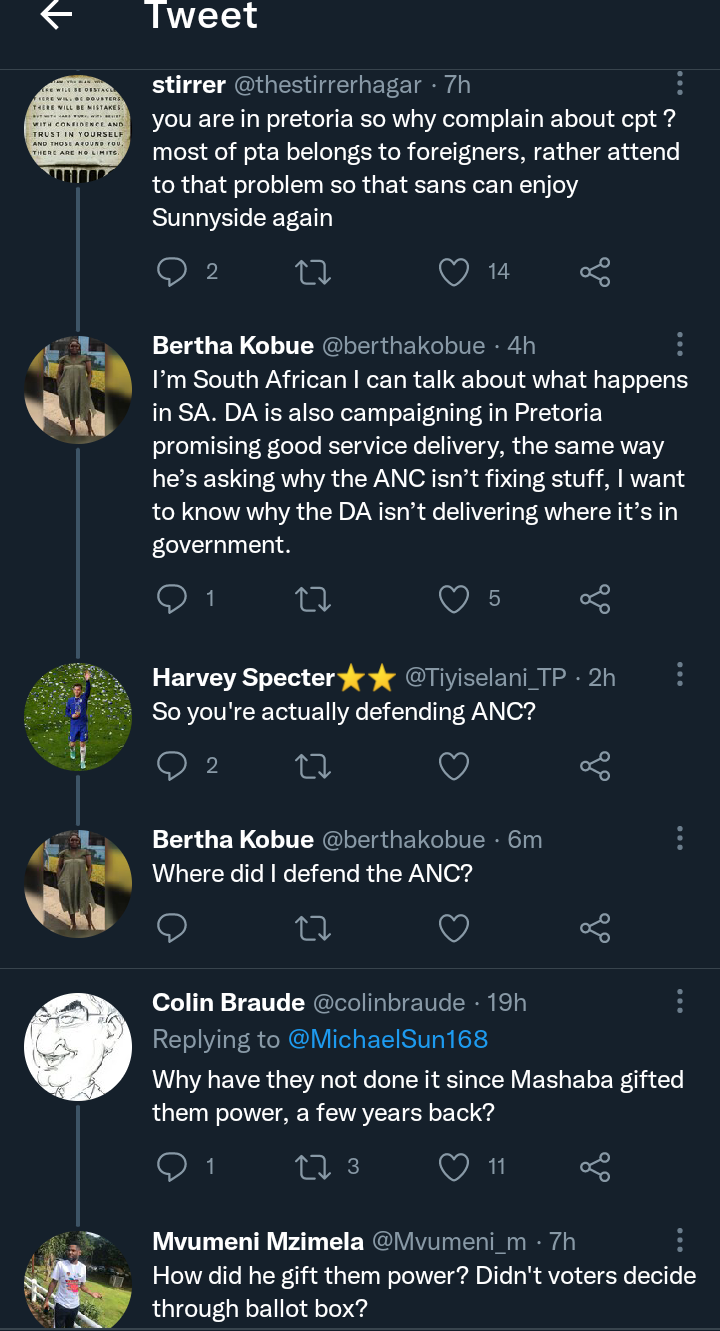 Many people attacking the ANC are saying that the promises made to them in the past campaigns were never fulfilled, saying that this was the source of anger and frustration with the ruling party. One man pointed out, “Gauteng residents should remember the promise to scrap e-toll if it happened, then they can trust ANC. They know that their promises have fooled the electorate for the past twenty years and see no need to actually do anything while they are on a winning streak”.