Its funny how.people.exoect politicians to be professional even in social media. The Minister of Transport Fikile Mbalula got himself again with Bkack Twitter and this time they have spotted him doing unusual.

Social media went in a frenzy after Fikile Mbalula hashtagged ‘VoteEFF’ on Twitter. Now, South Africans are confused to why he would say that. A lots of comment has followed him where it seems like he has taken a different side. Mzansi is now standing in one leg waiting for him to decide whether he is still with ANC OR he has turned against his beloved ANC and bestie Cyril Ramaphosa?

This started when Fikile Mbalula twitted and after the EFF leader Mbuyiseni Ndlozi saw his tweet. Mbala made a mistake of hashtag #VoteEFF. To Mbuyiseni it seems like Fikile Mbalula has called all South Africans to vote for EFF. The tweeted ‘Vote EFF’ on a post that is supposedly meant to promote the ANC campaign for the next coming elections.

While people are still expecting politicians who are our leader to act professional well its hard sometimes to do that. We so.etimes need to laugh. Fikile Mbalula is the head of ANC and he has lately been incremented for several times now after being caught in camera. South Africans think otherwise, claiming that he knows by heart that he favours the opposing party regardless of being in the other. Nether the less it is a secrets to vote no one will never know who you vote for.

[BREAKING] The ANC Head of Elections Fikile Mbalula has called on all South Africans to #VoteEFF. -Mbuyiseni Ndlozi 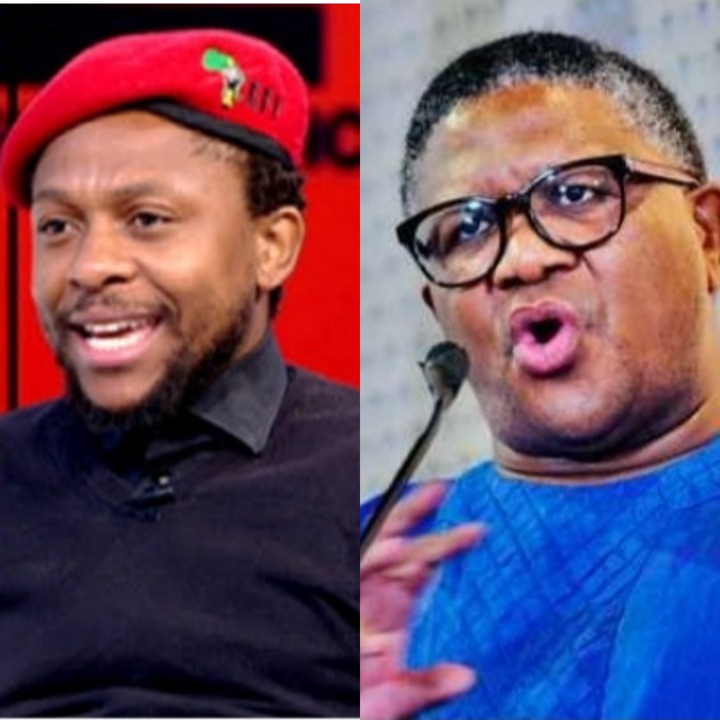 It is hectic for all the members including ANC and the EFF leaders to get people on their side but this will surely bump up the numbers as they labels it a ‘free promotion’. We have seen EFF and ANC having their own campaign each day across they whole country and politics and now even promoting their parties.

Was it rational for Ndlozi to be excited over this matter? What would be your approach, if you were faced with the same thing?

Let us know what you think on the comments below.