Soldiers and police are ordered to labor on King Mswati's fields, and taxpayers pay their salaries.

By SAJOBVIEW (self media writer) | 4 months ago 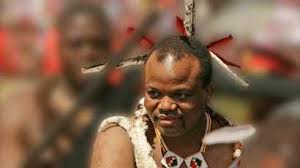 As part of King Mswati's ongoing Incwala celebration, soldiers and police were dispatched on Friday to work on his farms.

Soldiers and police who operate on Mswati's fields at Engabezweni and Lobamba, to name a few, are paid by eSwatini taxpayers via the Ministry of Finance.

The Eswatini Revenue Authority collects revenue from members of the public to fund the national budget and pay security guards who work on Mswati's lands (SRA).

The Value Added Tax (VAT), Pay as You Earn (PAYE), and Corporate Tax are just a few of these taxes. 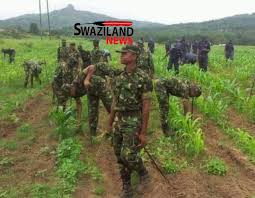 The Governor stated, "I am not at work Zweli, kunjani ushayele Comentanyeni."

At the time of writing, attempts to contact Indvuna Comentanyeni were unsuccessful.

When contacted for reaction, Wandile Dludlu, Secretary General of the People's United Democratic Movement (PUDEMO), said the country lacked an army and instead had a collection of people who abused, harassed, and murdered Swazis who demanded political reform.

"In Swaziland, we don't have a national army; we have a group of individuals that beat, harass, and murder Swazis who ask for democratic reform." The PUDEMO Secretary General stated, "Their other task is to collect wood and draw water for royalty."

As part of his Incwala ritual, which is entirely supported by taxpayers, King Mswati commissioned regiments, including members of the security forces, to work on his fields.

We are under attack in this country My friend and 1yrs old Got Shot on the highway by hijackers.