Breaking News: Jacob Zuma is not allowed to participate on Twitter Space by RSA government 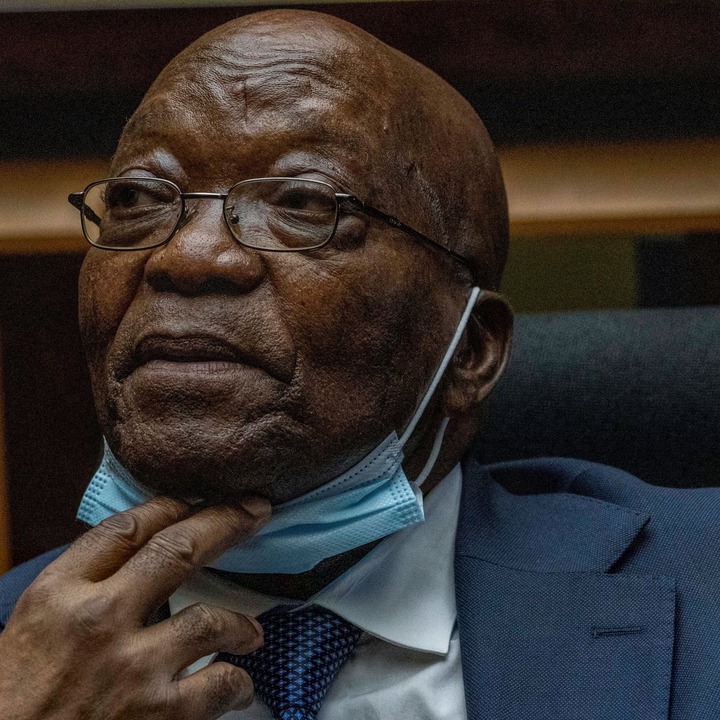 After some months serving inside the prison, he got released by medical parole, which was granted by the former Director General of the Correctional services in the Republic of South Africa.

Now that he's on parole, his movement for obvious reasons, are monitored by the department of Correctional services in the Republic of South Africa. 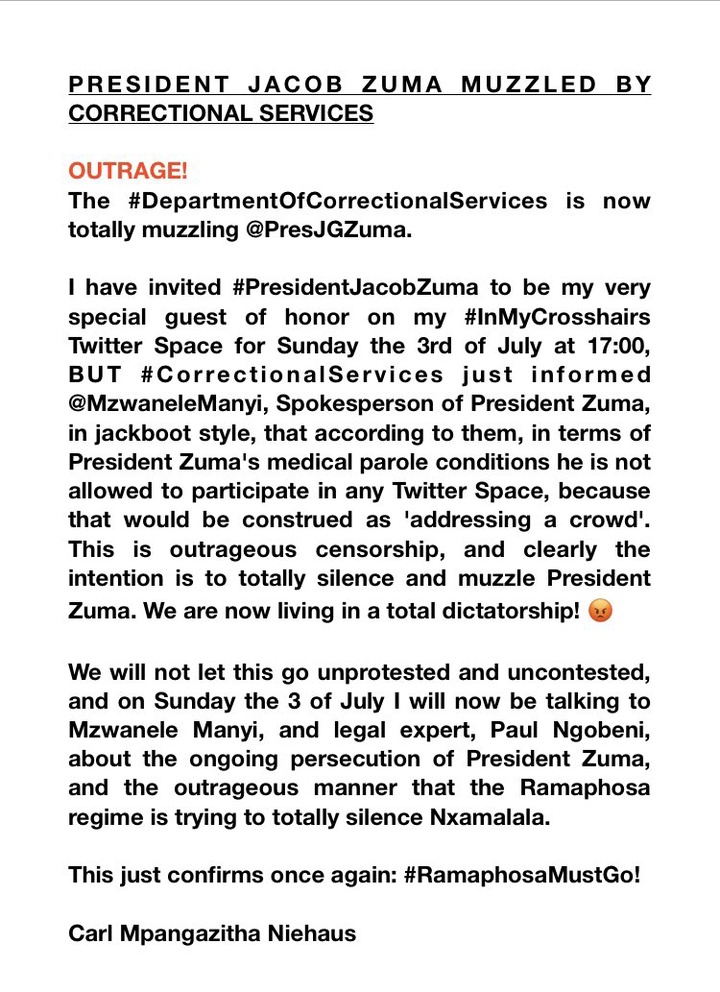