By HomeAway (self media writer) | 23 days ago

Msunduzi chief whip Vusi Ntshangase has written a statement on social media that has been described as racist by the DA's nominee for mayor of Umgeni, Chris Pappas.

Ntshangase posted a text with a picture of Pappas on Facebook, in which he said, "Don't rip the jerks off with a barrel". 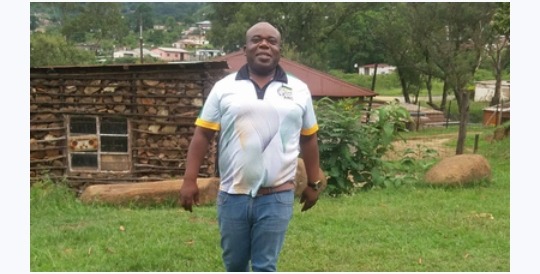 Pappas has made no secret of the fact that he is dating people of the same sex.

Ntshangase has been criticized for his remarks.

Some said the speech was racist and others said it showed that wounds had not healed in Ntshangase's victory over the ANC in the council in the local government elections.

The DA snatched the ANC from the ANC in the by-elections, and Pappas is expected to be chained in mayoral chains today. 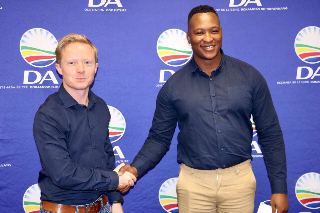 Although some people tried to reprimand Ntshangase for his remarks, he continued to defend himself on social media.

Commenting, Nokuthula Nene told Ntshangase that the statement was discriminatory.

"If he didn't date people of the same sex, would you say this?"

Ntshangase, however, replied that his speech was not discriminatory, saying it was a warning.

"I actually have a lot of friends like this. Ever since I started having them in the 1990s, when it was still unacceptable to live this life."

Some have complained of jealousy in Ntshangase.

There are also those who have shown sympathy for Ntshangase, who have joked that Pappas is dating people of the same sex.

He said they were already expecting attacks from ANC leaders as they had snatched the municipality.

"That is what the ANC leaders are doing because they do not want to accept defeat. I expect them to continue harassing DA leaders.

"We strongly condemn this act. South Africa is a constitutional country. Its people have the right to choose the life they want to live. It is disappointing to see such a high-profile leader, failing to respect the rights of others."

Contacted by Isolezwe, Ntshangase initially said he did not know anything about the statement, and asked to look into it.

"Maybe the kids were messing with my phone."

On his second phone call, Ntshangase said he did not see anything discriminatory about the statement.

He also went on to say that he has a lot of friends who live this life.

"Some were protected by me from people who did not want to accept them."

Pappas is expected to be sworn in today at a council meeting with his deputy, Sandile Mnikathi.

In place of the speaker the DA nominated Ms Janis Holmes.

This is the text that has removed speech from social media