Following a fierce political week where she clashed with the public administration of her party, Dr Makhosi Khoza, the senior councilor of ActionSA in eThekwini Municipality, says she will not clear her position.

Khoza says she has just abandoned her situation as the administrator of ActionSA in KwaZulu-Natal.

The commonplace administrator position has since been given to Musa Khubeka, who will hold it on a between time premise.

At the point when Khoza's abdication was first declared on December 23 last year, it was said she would coordinate all her energy toward battling defilement in eThekwini Municipality involving her situation as the director of the Municipal Public Accounts Committee (MPAC).

"The commitment held came to the view that the MPAC was not expected or gotten ready for, yet is a critical job both for the occupants of eThekwini and ActionSA. It addresses the potential chance to see the first genuine battle against bad behavior in Quite a while.

"It was simply the common concern and Dr Khoza this obligation isn't something that can be sensibly furnished by a commonplace executive with the obligations of building up structures all through a territory like KwaZulu-Natal before the 2024 public and common decisions," said ActionSA president Herman Mashaba around then.

It later turned out that there was more going on under the surface, as Khoza then, at that point, guaranteed she had been constrained out by the public administration. Mashaba denied the cases, saying Khoza mentioned to clear her common position.

Mashaba has even made accessible a letter to the public which was composed by Khoza saying she needs to abandon her situation as she was not compensated for itself and she needs time with her family.

Notwithstanding this, the roaming Khoza, whose political profession has taken her to the ANC, ADeC and Outa, said she would remain on.

"(I surrendered as) KZN executive just," she told Independent Media.

It was likewise claimed that the aftermath among Khoza and the public initiative of ActionSA was on the grounds that they accept that she had handled the MPAC position with the assistance of the ANC, a party Mashaba has forever been evident that they could never work with.

The claims acquired foothold when on Thursday last week, Nicole Graham, the head of the DA's assembly in eThekwini Municipality, asserted that there was no doubt as far as she can tell that Khoza had decided in favor of the ANC in November in return for being chosen as the MPAC seat.

"This is a regularly held view among the fundamental resistance pioneers. The ANC even favored her selection, for the good of paradise. She is tricking nobody. Curiously, Khoza doesn't appear to deny anyplace that she decided in favor of the ANC. She guarantees that she didn't plot with them, however has not straightforwardly said 'No, we didn't decide in favor of Mxolisi Kaunda and PG (Philani Godfrey) Mavundla.' The numbers show four 'missing' votes," Graham tweeted. 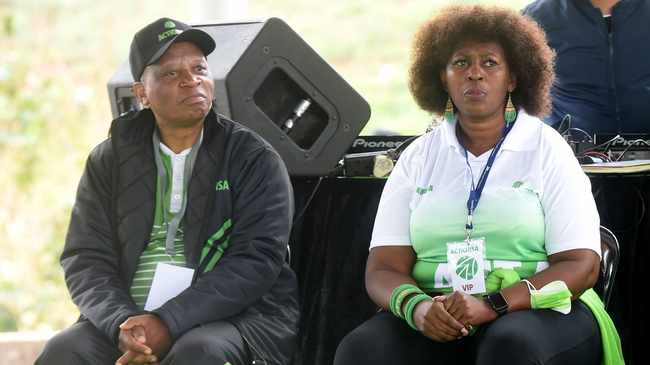