Jacob Zuma Too Ill For Jail But Fit Enough To Party, Zuma To Make His First Public Appearance

Former president Jacob Zuma is not it enough to stay in prison but he can go out partying. His foundation is hosting a welcome back party and a prayer session for him and he will be there. The foundation is expected to shut down KZN on Thursday as thousands of his supporters are expected to attend.

The Foundation’s spokesperson, Mzwanele Manyi, said Zuma is adorned by a majority of the people in South Africa who are concerned about his well-well being and confinement. 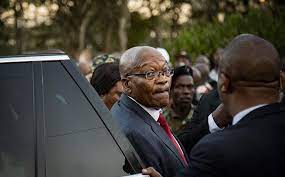 “The people of South Africa have not forgotten that His Excellency President Zuma survived attempts in his life through poisoning. People of South Africa are still grieving that their hero, a true freedom fighter, a man that sacrificed spending quality time with his family was dealt a severe and unjust blow by the democracy that he fought so tirelessly for.” Manyi said. 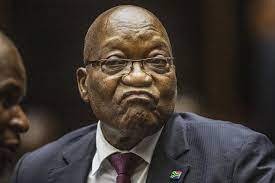 It was revealed at the event in Sandton that a political session at the ‘welcome prayer’ will be held, where Zuma will attempt to ‘clear his name’ amidst the various accusations that he faces. The Foundation said it will host the welcome prayer in KwaZulu-Natal at People’s Park from 10am on Thursday next week.

“Everyone is welcome. No accreditation is required,” Manyi concluded. 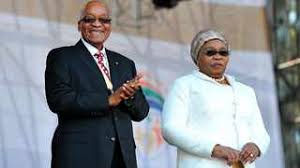 Zuma's arrest back in July sent the country to a massive downward spiral where thousands of people flocked to shopping malls, grocery stores and warehouses where items worth millions were stolen. over 300 people were reported to have died.

Biblical People Who Committed Serious Offences Against God And Got Punished

6 things you should never do when praying in the midnight

A Prayer For You To Pray This Night Before Sleeping

Prayer: Father, Please Deal Ruthlessly With The Spirit Of Doubt In My Life

Reason why some rituals for your ancestors are not successful, check below how (opinion)

Prayer: Lord, Please Don't Let Me Misunderstand The Purpose Of My Existence, Let My Life Glorify You

Five (5) Clear Terrible Signs That Shows God Is Punishing You