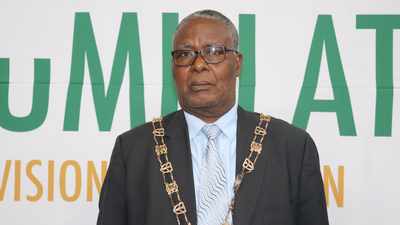 The mayor of Mhlathuze Municipality in Richards Bay has resigned, Dr Nkonzoyakhe Donda, who was recently sworn in after a local government election. Dr Donda was the IFP-appointed mayor who led the municipality and ousted the ANC. The IFP took over the council in conjunction with the EFF which won the post of deputy mayor and the ANC came out of power.

He said the mayor would resign on Friday after a council meeting, where much would be clear.

Ncalane said he was grateful to Dr Donda for the wisdom he displayed during his tenure. It is unknown at this time what he will do after leaving the post.

“All the way from Canada to say yes” -Man rejoices as older White lover accepts his proposal.