EFF Leader Julius Malema Blamed For What This LLB Graduate Was Caught Doing In Limpopo. 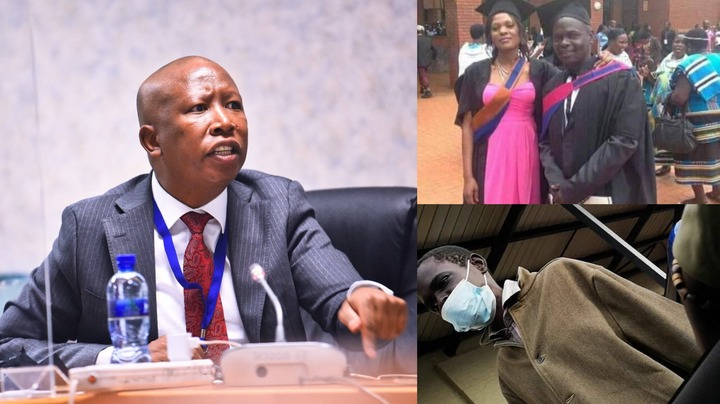 In recent times, most politicians have been going through serious threshing in the hands of the people of South Africa especially top ANC leaders like Fikile Mbalula, Tito Mboweni and Cyril Ramaphosa. This doesn't also makes other leaders in other parties immune to the blasting.

The Economic Freedom Fighters political part has also been hit, especially their leader Julius Malema. Whom is known to be one of Mzansi's most vocal politician in the 2000's.

Whilst people like Ramaphosa, Mboweni, Mbalula and the likes are being blasted for their selfishness and corruption amidst their officer duties, Julius Malema on the other hands is getting his share from being a man who supports the unity of Mzansi people with other African nationals. 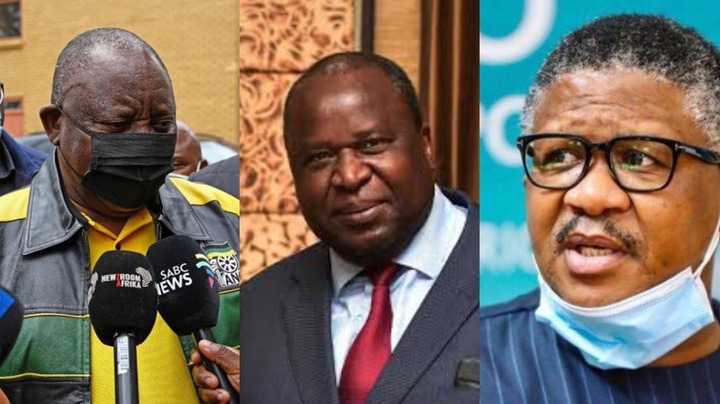 Julius Malema has been dragged into the rucus and blame party that surrounds the dad life of a law student in Limpopo.

It's well known that Malema has always been one who advocated for the unity of the African continent under the umbrella of United States of Africa. This is because he believes all black race no matter the country should have each others back.

Hence it's the goal of every Economic Freedom Fighters member to push the agenda that all foreigners especially those from other African nations, are welcome to South Africa likes it's their home. But the sad effect of this is that this has cost most South African citizens a lot. 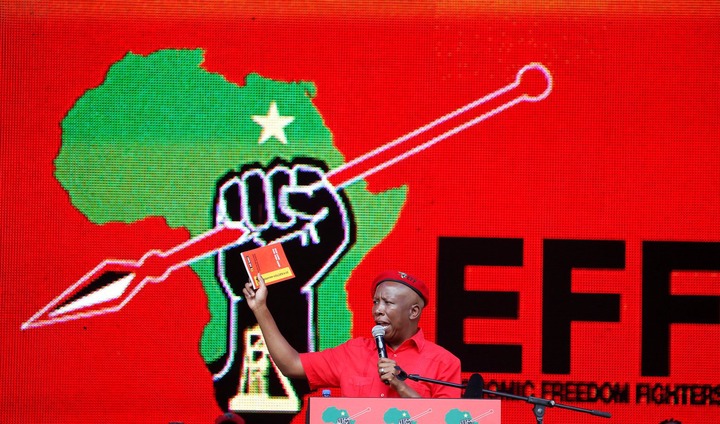 Over the years we've seen legitimate citizens of South Africa taken as second hand to every important thing around like jobs considerations and protection. With reports that Nigerians getting better jobs and some going into crimes like drug trafficking and child trafficking.

Zimbabweans on the other hand are trooping in undocumented, getting into crimes like hijacking, vandalizing railway facilities. But the silence of Julius Malema to the cries of Mzansi to put South Africans first has not gone unnoticed. 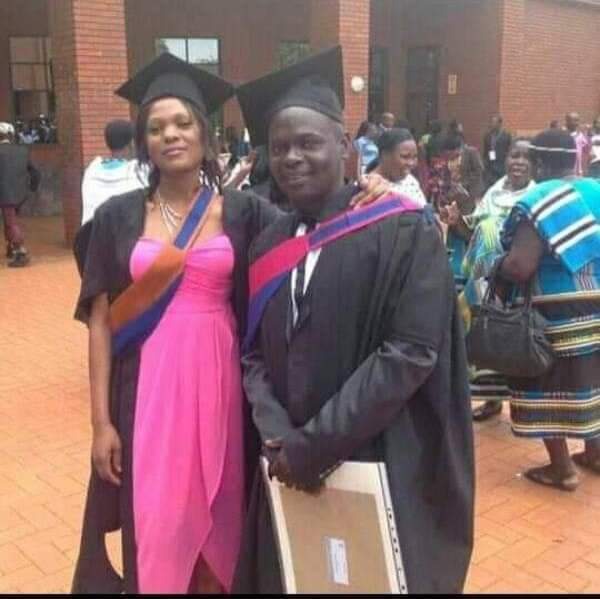 According to a post made by Blessings Ramoba on Twitter, a certain young man whom is an LLB graduate has been seen loitering around areas of Limpopo. He further revealed that the unnamed man was indeed begging for alms because of lack of jobs.

Apparently for those who don't know, an LLB hold is a bachelor's degree holder in Law. That his the said man who now begs on the streets of Limpopo province is a lawyer who's life has been destroyed by the government's policies and greed.

Dozens of people have blamed the EFF leader, Julius Malema for this since jobs are now scarce but we find out these foreigners are getting employed every now and then. 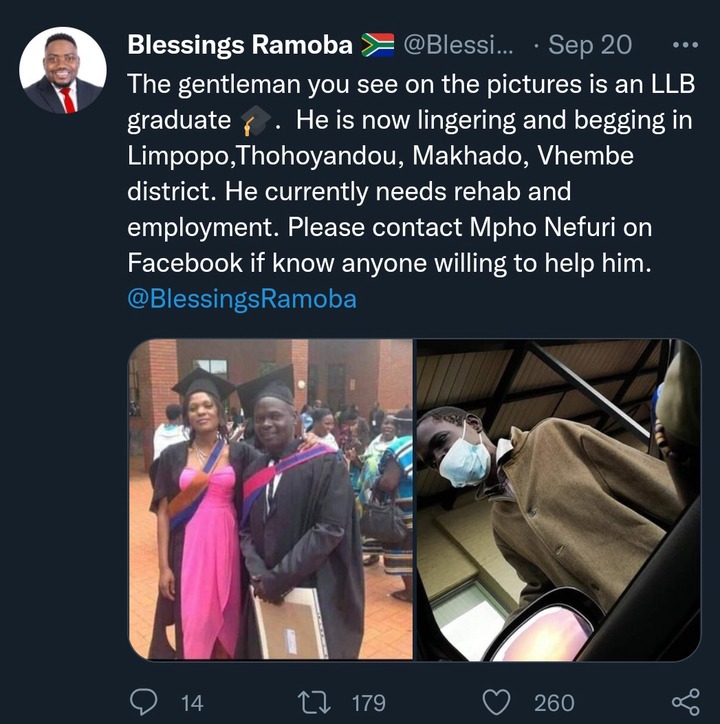 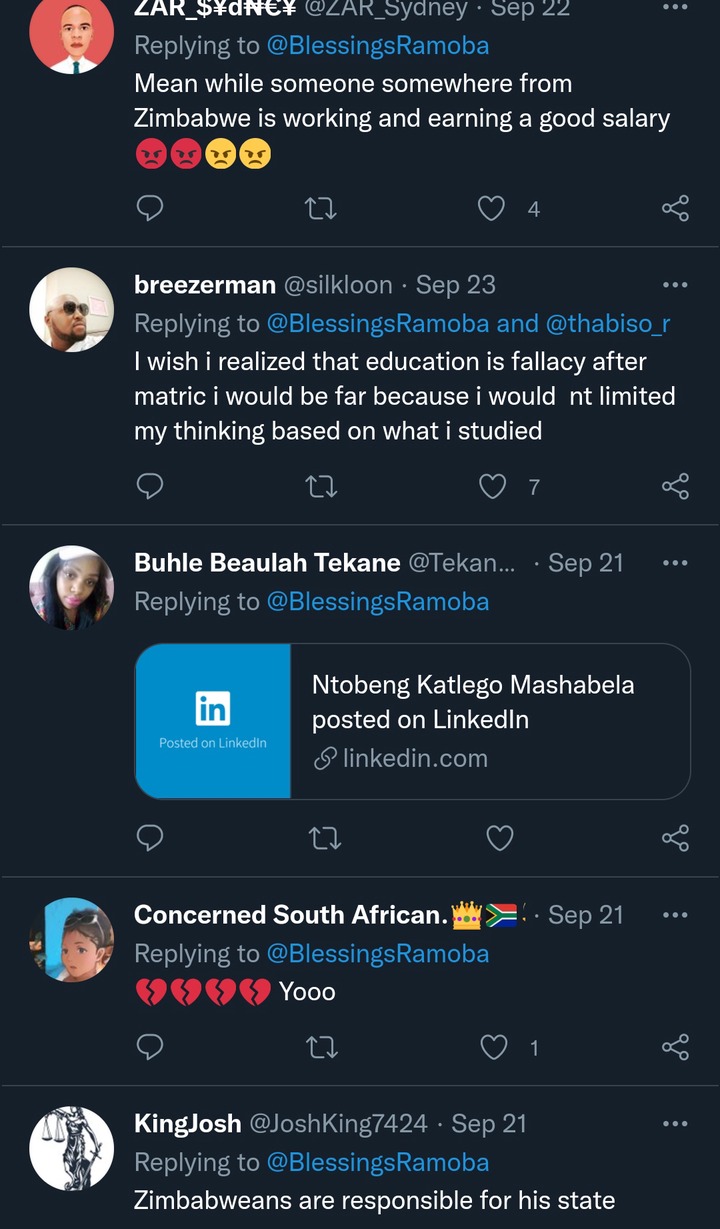 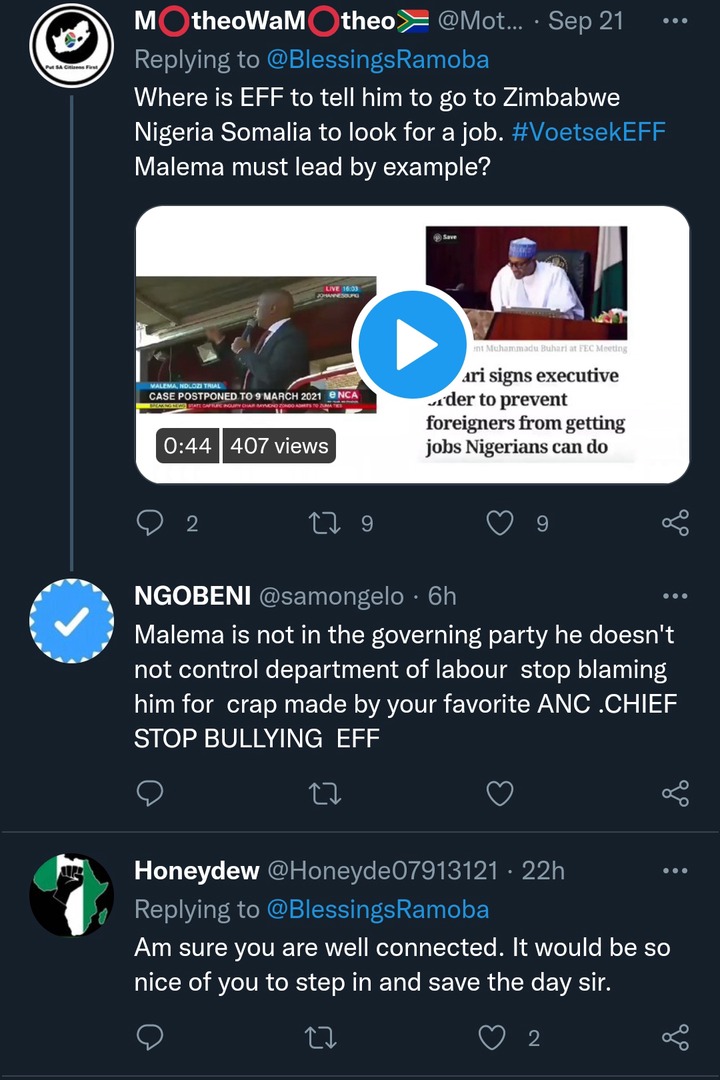 This is a very touchy and sensitive issue and it is required that the EFF with their desire and demand to be their brother's keeper towards other Africans. They should learn to put their own people first.