The ANC has rejected the EFF motion

One of the well known EFF member of Parliament Naledi Chirwa just tweeted that the ANC has rejected the EFF motion. Naledi Chirwa has even elaborated why the ANC opted to reject the motion brought by the EFF.

In her own words, Naledi Chirwa tweeted the following on her official Twitter account "Wow. The ANC just rejected an EFF motion without notice that calls for parliament to denounce corruption and that action is implemented against cabinet ministers found to be involved in corruption this is surely hell. Not even pretense" 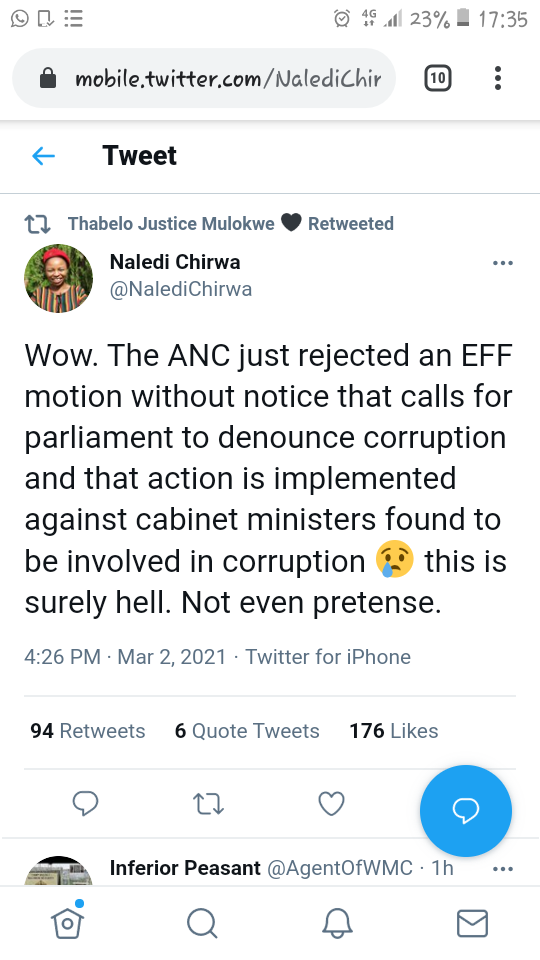 As one would expect, many people reacted to Naledi Chirwa's tweet with mixed reactions. And some people reacted with more questions than answers. However, some people replied by saying they are not surprised the ANC has rejected the EFF motion. One thing about Twitter is that there's great deal of freedom there; and people are able to debate highly contested issues without casting aspersions towards each other. It was no surprise to find that many people engaged in heated debate under Naledi Chirwa's tweet.

Below is the screenshots of how people reacted to the news: 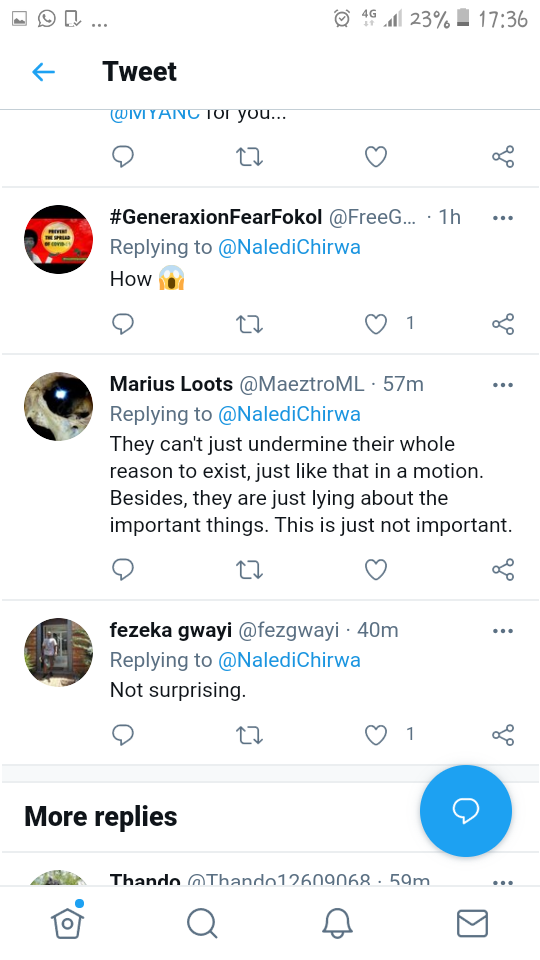 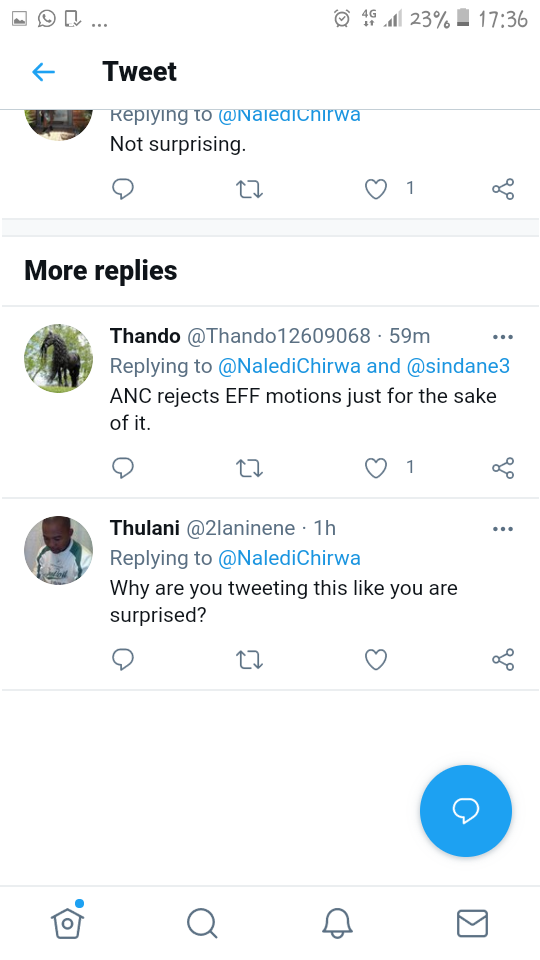 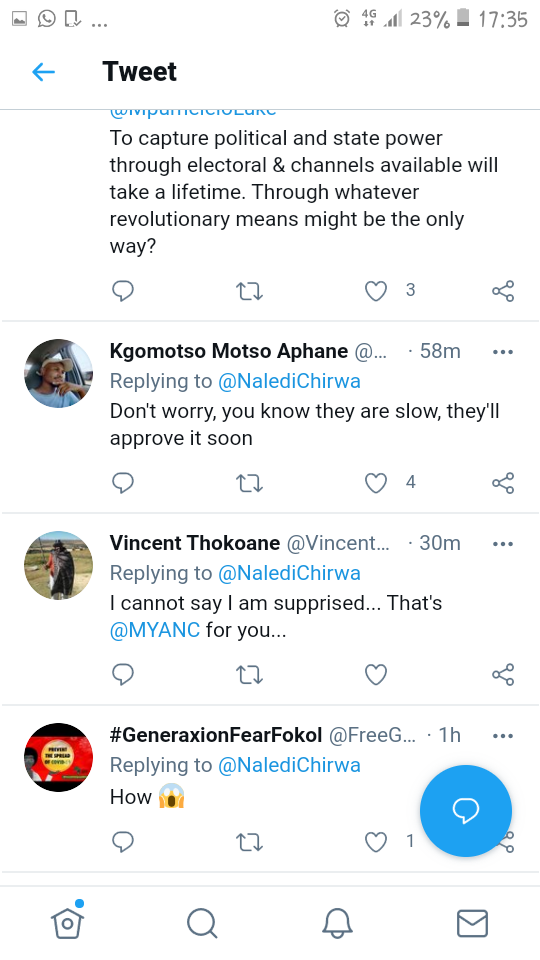 Cyril's biggest announcement, Ramaphosa puts his foot down, see what the people say on twitter

What Punishment Should Bullies Get In South Africa? Should Kids Go to Jail?

Just In: Pitso’s temper comes out to play in Egypt as he exchanges words with Zamalek coaches

A Man discovered a strange hole in his wall, What he found inside changed his life forever