By Flammydesk (self media writer) | 2 months ago

Former Economic Freedom Fighters leader Bonginkosi Khanyile, who was expelled from the EFF, has become the most senior Gauteng member of Gayton McKenzie's Patriotic Alliance. 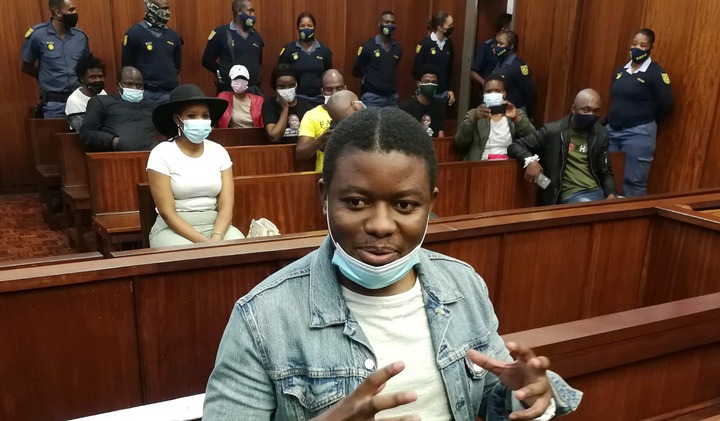 Bonginkosi Khanyile, a former Fees Must Fall activist in Johannesburg, was recently identified as a member of Gayton Mackenzie's Patriotic Alliance.

Khanyile is temporarily released from prison for allegedly committing an act of brutality in July of last year, following the arrest of former president Jacob Zuma. He was previously a member of the EFF, but was expelled after he began pursuing EFF initiatives.

Kenny Kunene, president of the Devoted Alliance's delegates, states that their alliance with the ANC in Gauteng and North West is precarious. According to him, there is no correspondence, and their MMCs serve as observers wherever they are stationed. He also blamed ANC organizations for the problems.

Kunene stated nonetheless that the alliances in Johannesburg and Ekurhuleni are safe.

EFF individuals assert that the motivation behind why Bonginkosi Khanyile was hostile and began pursuing the red beret leader, Julius Malema, was due to the fact that he was denied a position within the EFF.

Khanyile was rumored to have coveted the position of representative, which he never obtained. Now, pundits assert that he will soon require a position within the Patriotic Alliance because he is a person who is constantly seeking attention.

Some said, "Perhaps the PA assisted him in evading prison, so he must now demonstrate his loyalty to the party by going along with them."

Others fired shots alluding to the fact that since the Patriotic Alliance initiative is comprised of ex-convicts, Bonginkosi Khanyile has finally met his match and will likely feel at ease.

It Is A Shame On Us: John Mahama's Wish Has Been Fulfilled - Kennedy Agyapong Boldly Speaks.

The Student Nurse is allegedly poisoned by friend. Check out here