Each day appears to be bad for Magashula, read below

By HarveySpecter (self media writer) | 27 days ago 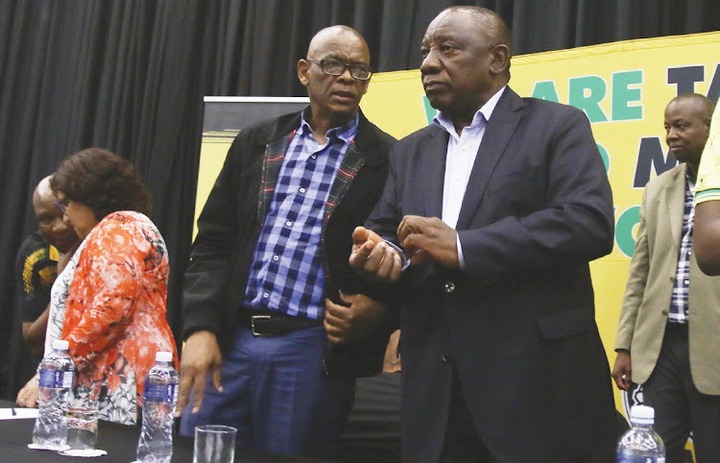 Magashule vowed it would only be a 'matter of five years' before president Cyril Ramaphosa was booted out, but three years on, he is the one out in the cold."/>

“Do not count your chickens before they hatch” is probably a fitting proverb to describe suspended ANC secretary-general Ace Magashule’s self-inflicted, plummeting political fortunes.

It would have been best for Magashule, years ago, to ask his then close political ally and avid reader of Sun Tzu’s Art of War, Mpumalanga strongman David Mabuza, to dissect for him what exactly the Chinese military strategist and philosopher meant when he said: “Be extremely subtle, even to the point of formlessness. Be extremely mysterious, even to the point of soundlessness. Thereby you can be the director of the opponent’s fate.”

The statement was an apparent reassurance to his faction and a warning shot to ANC president Cyril Ramaphosa that he would not see a second term, thanks to Magashule’s secretary-general position, which has a reputation, real or imagined, of determining elective conference outcomes.

But as fate would have it, more than three years into Ramaphosa’s tenure as ANC boss, it would be Magashule who finds himself in the cold, long before his “it’s only a matter of five years, comrades” prophecy would come to fruition.

Magashule was suspended as ANC administration boss early this year after he was charged with corruption relating to the R255m failed asbestos project in the Free State when he was premier.

As Ramaphosa’s grip and stranglehold on Luthuli House gets firmer by the day, Magashule’s political fortunes are dwindling spectacularly after two blows in quick succession in recent days.

After the Sunday Times reported of 21 students stranded in Turkey because their sponsor, the Magashule Foundation, failed to pay for accommodation and food, the high court in Johannesburg delivered a devastating ruling on Monday.

This as Magashule lost his application for leave to appeal his suspension from Luthuli House’s sixth floor.

With that, Magashule has gone from being a high-flying ANC day-to-day operations boss in 2018 to trying to weather the storm on multiple fronts three years later.

The story of Magashule’s political overconfidence and complacency against Ramaphosa’s political mastery did not start post-Nasrec.

It began in his home province of the Free State, where Magashule was party boss for more than two decades and during which time he purged and crushed political opponents with impunity — in Bloemfontein, to be precise, during the ANC 2012 national elective conference.

Magashule is on record as having been among those who lobbied strongly for Ramaphosa to run as deputy president in Jacob Zuma’s slate at that conference.

It is also recounted that amid expression of opposition at the suggestion by some members of his faction, Magashule was among those who vowed Ramaphosa would not progress further than the deputy president position.

But as we now know, Ramaphosa ascended to the summit of party leadership hierarchy in the closely contested presidential race at the Nasrec December 2017 conference, to the evident shock of Magashule and his faction, hence the brave reassurance that “it is just a matter of five years”.

As they say, the rest is history. Magashule will most likely now petition the Supreme Court of Appeal, hoping to reverse the emphatic high court ruling dismissing his application for leave to appeal.

On the nine broad grounds upon which he relied in trying to convince the court, all were dismissed unequivocally.

In some of the instances, the court fell short of accusing Magashule of deliberately lying.

Such an example was its finding that Magashule’s counsel, advocate Dali Mpofu SC, misled the court when he said Ramaphosa’s counsel had filed papers late, saying they could do as they please since he was the president.

The full bench found this submission to be “quite extraordinary” and “factually wrong [as] no such statement was made and the court did not make any such finding”.

The high court also did not entertain Magashule’s claim that, when he purportedly suspended Ramaphosa in response to his suspension, he was acting on the authority of the ANC national working committee and the delegation of powers by the national executive committee.

Both did not exist, the ruling said, adding that Magashule had no authority to suspend Ramaphosa and even if he had, he effected it by invoking the party’s Rule 25.70 wrongly.

As Magashule ponders his next move, the “it’s a matter of five years” moment, being the party’s December 2022 national elective conference, is fast approaching.

And each day it appears Magashule, not Ramaphosa, may be watching it from the sidelines without any direct role in it, assuming, of course, that his corruption trial is still ongoing and his suspension still in force.

Another Top Amakhosi Striker To Leave For R23 Million?