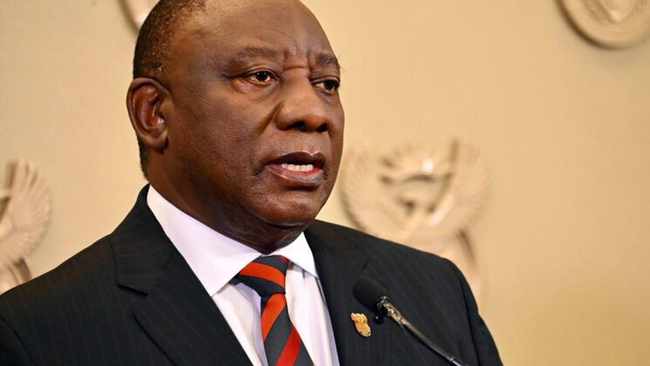 Pretoria - President Cyril Ramaphosa will visit the Toyota South Africa creation plant in Durban, KwaZulu-Natal, to direct at the dispatch of the Toyota Cross half breed vehicle on Tuesday.

The dispatch of the Cross half and half vehicle streams from Toyota's responsibility at the 2019 South Africa Investment Conference, as indicated by acting representative for the Presidency Tyrone Seale.

"This responsibility presently sees Toyota creating its original of mixture electric vehicles on a South African mechanical production system. The vehicles will likewise be fabricated for commodity to 40 nations on the African landmass," said Seale.

He said government's South Africa Automotive Masterplan (SAAM) and the car creation and improvement program had catalyzed, and empowered proceeded with interest in neighborhood vehicle and parts creation.

"Directed by its Vision 2035, the South African Automotive Masterplan incorporates an internationally aggressive and changed industry that effectively adds to the practical advancement of South Africa's useful economy and makes thriving for industry partners and the more extensive society," said Seale.

The car area has stayed one of South Africa's most venture serious modern areas, with seven light-vehicle makers putting a record R9.2 billion of every 2020 while the part area pulled in R2.4 billion during a similar period.

Ramaphosa will visit the Toyota plant in Durban, and administer the dispatch of the Toyota Cross.

Seale said the president will be joined by Minister Ebrahim Patel of Trade, Industry and Competition, KwaZulu-Natal Premier Sihle Zikalala and Mayor of eThekwini Mxolisi Kaunda.

In the interim, the R15.8 billion venture to redesign the Pretoria-based Ford vehicle fabricating plant is on target, and it is expected to be finished by September one year from now.

So said Gauteng MEC for Economic Development, Parks Tau, when he went with the Deputy Minister of Trade, Industry and Competition, Fikile Majola, to assess the development work at the site recently.

Known as the Tshwane Automotive Special Economic Zone, the venture was dispatched by Ramaphosa in 2019, with a R15.8bn speculation infused into South Africa by the Ford Motor Company and a further R4.3bn venture from car parts providers situated at the undertaking.