a video clip providing a glimpse of the dog's funeral After someone spotted anything, it appeared on social media and generated a commotion in the comments section.

A South African celebrity named "Moshe" is accused of losing his beloved dog after she was attacked by a Pitbull and going above and beyond to pay for the dog's funeral ceremony. The dog, named "Sugar," allegedly received a proper burial that not even most people got.

Given the decor and the location, it is fairly safe to assume that the preparation for this funeral was expensive. As can be seen in the post below, the preparation is extravagant and should be recorded in the history of the most expensive dog burials.

In the presence of his loved ones and close friends, Ndiki held a private memorial and funeral service for Sugar at his home in Johannesburg. Ndiki's social media channels also live broadcast the ceremony.

The celebrity thanked everyone for their assistance when he was in grief.

A well known twitter personality by the user name of " MusaKhawula " felt the need to share this sight with the people on social media.

Actor and comedian Moshe Ndiki is from South Africa and was born on March 9, 1987.

He started out by uploading little comedic movies of himself making fun of prominent South African personalities on his YouTube channel, where he later garnered notoriety.

He is also renowned for using his position to make humorous remarks about international concerns in South Africa. 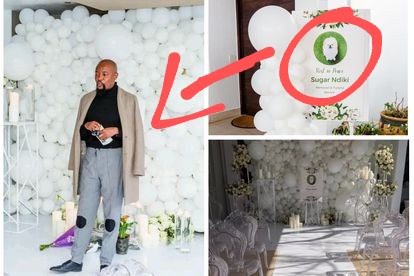 I should probably retire so maybe this is a sign | George Lebese report stolen items.