Reasons Why Dogs Bark at Some Strangers and Not All 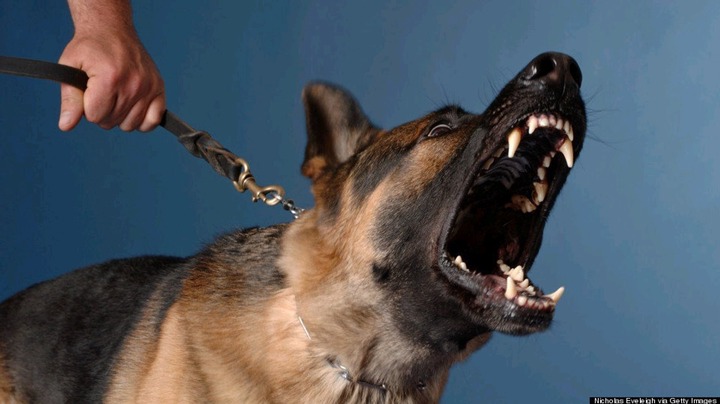 Dogs take in the majority of their environment largely through their sense of smell, which is anywhere from 10,000 to 100,000 times more acute than that of humans. Given this contrast, it is difficult to conceive all of the information that our dogs may glean from a person based only on their scent.

Your dog is sensitive to smells, and if it detects a scent that it finds offensive, it may react by barking at the person who is emitting it. Your dog could start barking at certain persons, for instance, if it detects the odor of another animal (such as a dog or cat) on their clothing. This is especially the case when the person in question owns a dog of their own or when they may be carrying the aroma of anything foreign, such as cigarettes.

In addition to that, certain canines are extremely sensitive to pungent odors such as vinegar, perfume, alcohol, citrus, or bleach. It's possible that you'll be able to sense the odors again after a few hours have passed, but your dog will be able to detect them for a considerable amount of time after that. In a similar vein, the pheromones that the human is exuding might be signaling to the dog that there is a potential danger.

Even more fascinating is the fact that dogs are able to detect when their owners are anxious because the chemicals and hormones that our bodies release in response to stress have a smell that is easily identifiable.

Your dog may sense that you are not at comfortable and bark at the person who is approaching you in order to protect you from harm. This is done because your dog is concerned for your wellbeing.

Even though they can't see finer details or colors as well as humans can, dogs nonetheless rely heavily on their eyesight in many ways. This is the reason why dogs' appearances may set off a variety of various reactions.

Your dog may get anxious about a certain individual for a variety of reasons, including but not limited to: the individual may be wearing a hat, have a beard, speak loudly, wear baggy clothes, or rattle jewelry.

Some dogs experience fear and insecurity whenever they encounter a human whose facial characteristics or manner of movement are foreign to them or which reminds them of a potential danger, such as a stranger who stands in a manner that appears intimidating and aggressive to the dog or a person who makes sudden movements. Make sure that your dog interacts with a wide variety of individuals so that you can prevent these kinds of predicaments.

Now, let's speak about the reason why other dogs don't bark at my dogs but mine do.

Words are the primary mode of communication for people, whereas dogs communicate mostly through their body language and their sense of smell. Your dog may growl or bark at other dogs if it perceives that they are acting in an aggressive manner. It's possible that you won't notice their body language, but your dog could find it off-putting if they show subtle indicators like freezing their body, making whale eyes, tensing their jaw, and wrinkling their nose. Dogs are able to communicate with one another in a variety of ways that are incomprehensible to us and that we are simply oblivious to. A dog will see something in the body language of another dog or pick up smell clues that signify something the first dog either likes or dislikes. This may be done by either visual or olfactory cues. 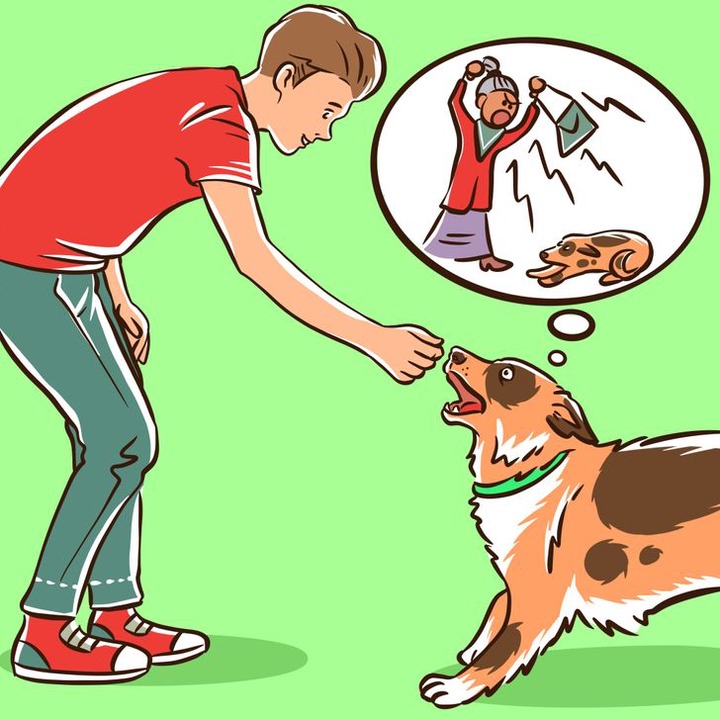 Because dogs are able to detect even the most slight of physical signals or odors from a considerable distance, this is one of the reasons why some little dogs feel hostile toward larger dogs. It's possible that your tiny dog feels scared by larger dogs and is afraid of them because of how imposing they look. If your dog acts aggressively against larger dogs, this might be the reason why.

The past experiences of a dog are another factor that could contribute to the formation of an instantaneous antipathy against another dog. In the event that your canine companion was ever the victim of a vicious attack at the hands of a huge white dog, for instance, he may now show extreme apprehension and hostility toward large white canines. Similarly, dogs may vocalize their enthusiasm by barking at one another.

You can rest assured that you'll know the difference between your dog's barking out of excitement and barking out of aggression because aggressive barking is typically accompanied by growling or tense body language. If another dog displays signs of excitement in their body language such as wagging their tail or bowing their front leg, your dog may bark at them to indicate their desire to play with them. However, you can rest assured that you'll know the difference. It is also essential to keep in mind that despite the fact that dogs are pack animals, this does not always indicate that they wish to interact with other dogs. Think about it: do you want to strike up a conversation with almost anybody you run across on the street?

If your four-legged pal is hostile toward other dogs and you keep putting them in the same room together, you shouldn't expect them to become friends with one another. Just like people, dogs just don't like connecting with some other canines. And lastly, in order to assert their dominance, many canines engage in vocal competition with one another. This is especially true when other dogs are on their property, as your dog is defending you as a member of their pack and they do not want any other dogs on their land.