By RefilweSylvester | self meida writer
Published 12 days ago - 342 views 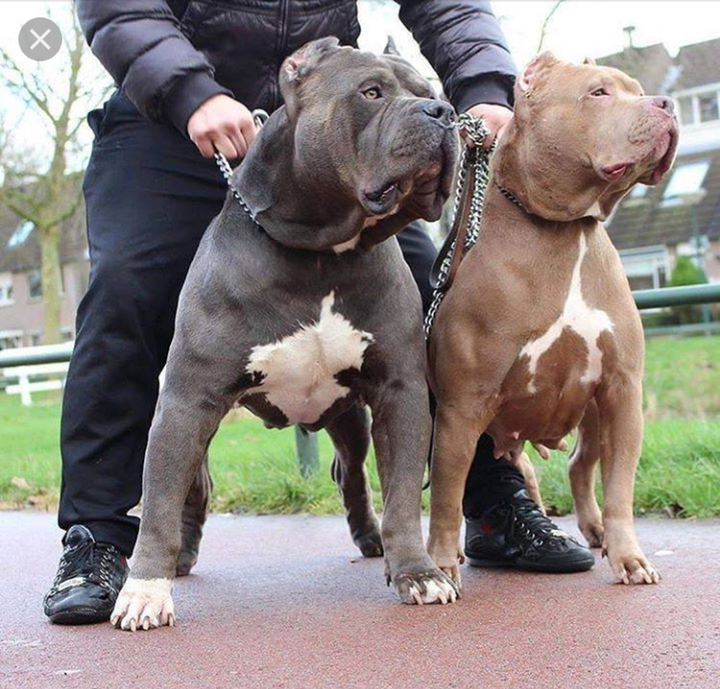 The term Pit Bull is not actually a breed ,it refers to the American Pitbull Terrier ,The American Staffordshire Terrier and American Bully

There always has been a debate about pit bulls ,these dogs are usually in the News for injuring or killing someone 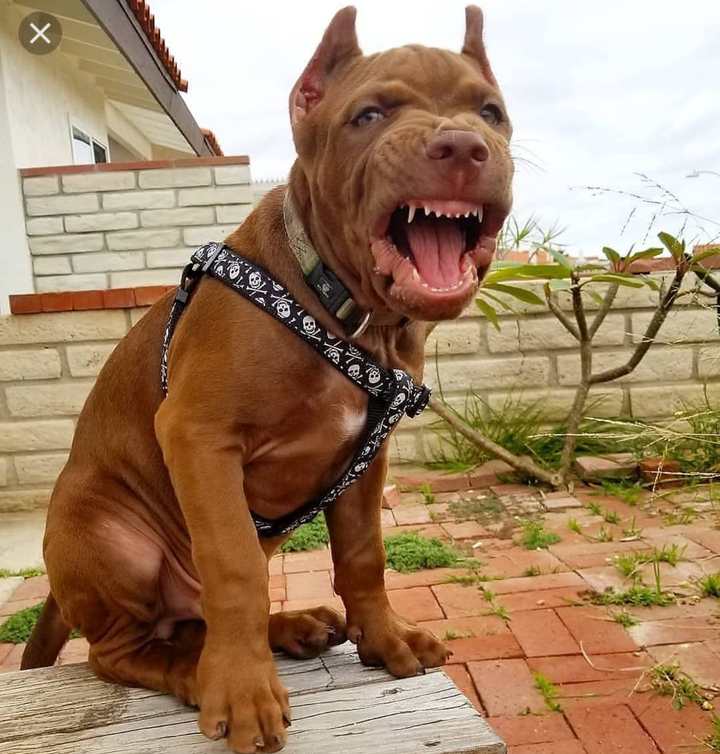 Pit bulls attack by biting their target and then shaking their head back and forth, an attack style that can instantly lead to catastrophic injuries. These are also focused dogs, and many times they can’t be persuaded to release their grip.

What the news often neglects to report is whether there was a trigger for the aggression, so it’s difficult to say why the dog attacked. 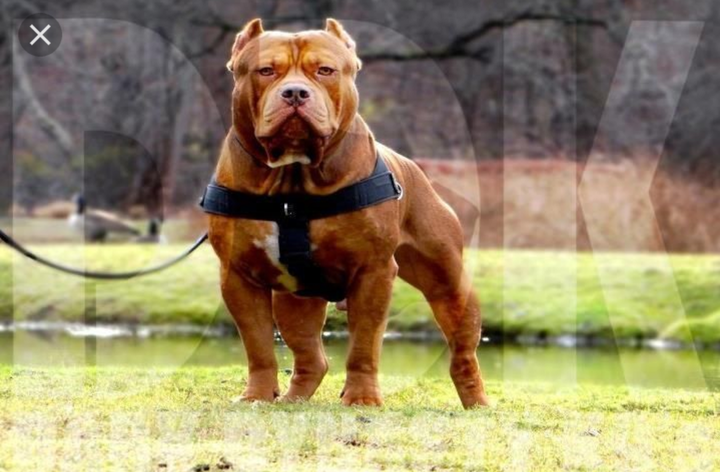 The pit bull is descended from the English bull-baiting dog, which was bred to bite and hold massive animals such as bulls or bears. These dogs were bred to be aggressive, tenacious and strong.

When bull-baiting was outlawed, breeders began crossing the bull-baiting dog with the terrier to make them quicker and more agile, which started the line of descent to the pit bull we know today.

Stepping back, we can see that the pit bull in all their various incantations today attacks the same way — bite, hold and shake — and is dogged about maintaining the grip. When we look at the ancestry, we now can understand why.

Pit bulls can make wonderful, devoted and loving pets. But it’s critical that their humans socialize, evaluate and continually train them so that, in any given situation, the dog knows how they are to behave.

In 2017, pit bulls were responsible for 74% of fatal dog bites or attacks. However, there is one big qualifier: Often, dog breeds are misidentified, especially in shelters. So some of these attacks may have been by dogs with little or no “pit bull” in them. 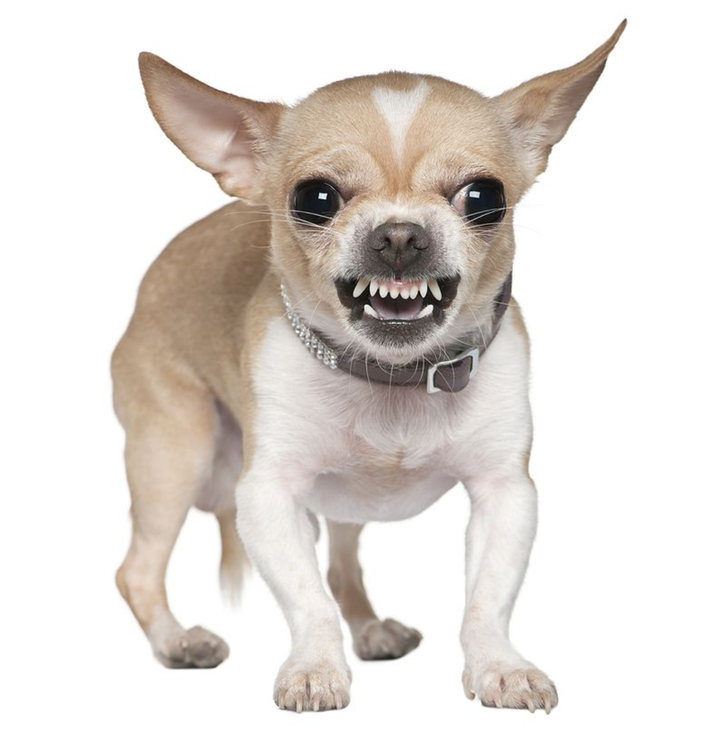 They are responsive to firm and positive reinforcement-based training and usually turn out to be friendly, curious and adventurous.

However, the Chihuahua can also be dominant, jealous, aggressive and untrusting. And when these traits present themselves, a Chihuahua has no problem using those tiny jaws on their target. 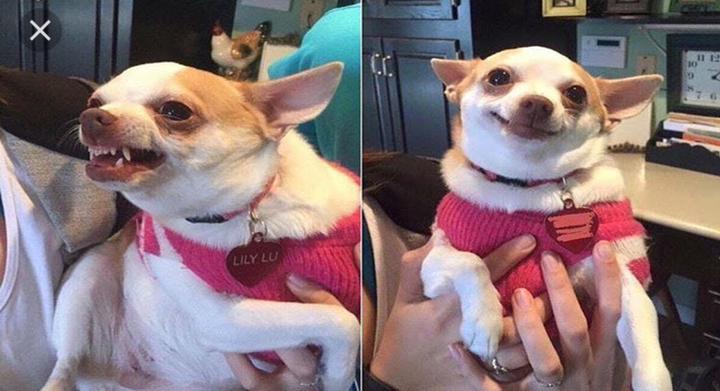 Chihuahuas are among the oldest dog breeds in the world and originated in Mexico, prized for their combination of small size and courage.

Chihuahuas are alphas — their intelligence demands no less. Therefore, you need to invest time in training the Chihuahua just as if they were a large-breed dog instead of allowing behaviors — like jumping up — that would not typically be allowed with larger breeds.

Many people think it’s cute when a small dog exhibits stubbornness or refusal to obey. Reimagine the Chihuahua at about 60 pounds, and it’s not so funny anymore.

So, the mentality is the same regardless of the size of the dog: Proper training is key. Don’t allow aggressive or dominant behavior, even if you find it “cute.” 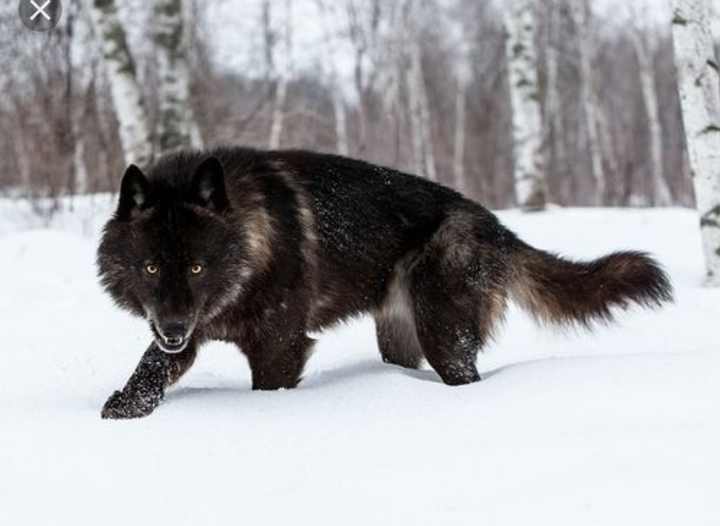 A dash of common sense will tell you why these animals score high on the aggression index. Wolf-dog hybrids are just what they sound like: a combination of wolf and dog.

Wolves and dogs are interfertile, which means they can mate and produce offspring, and their offspring are known as wolf-dog hybrids (regardless of the breed of dog who mates with the wolf). 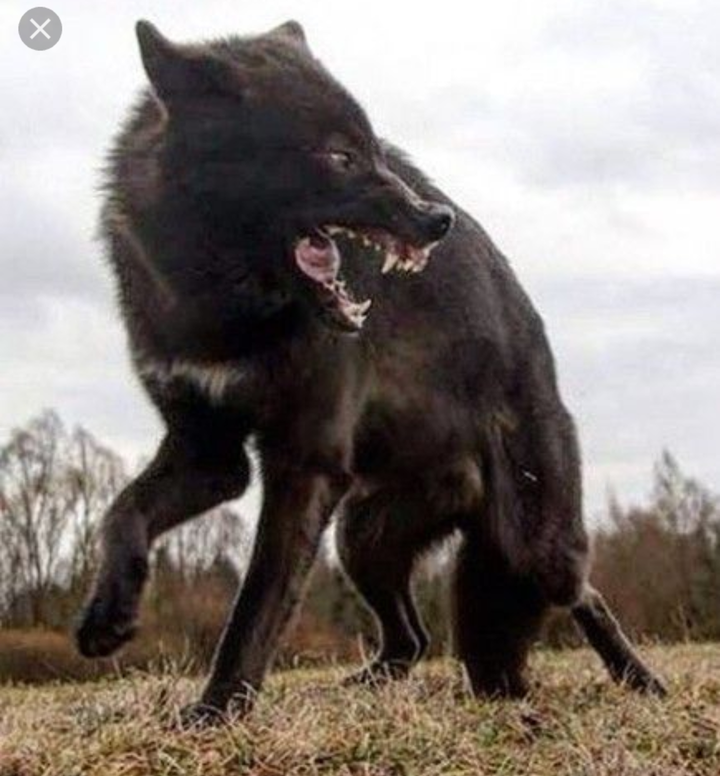 Dogs have centuries of domestication at their back, but wolves have evolved with none. When wolves reach sexual maturity, their behavior changes. In the wild, this is when they begin asserting themselves as individuals within the pack.

Wolves will challenge the pack leader to achieve a higher position in the pack. In the domesticated household, you are the pack leader, so you might see assertive or aggressive behavior where there was none before:

Territory might become increasingly important to your wolf-dog hybrid. 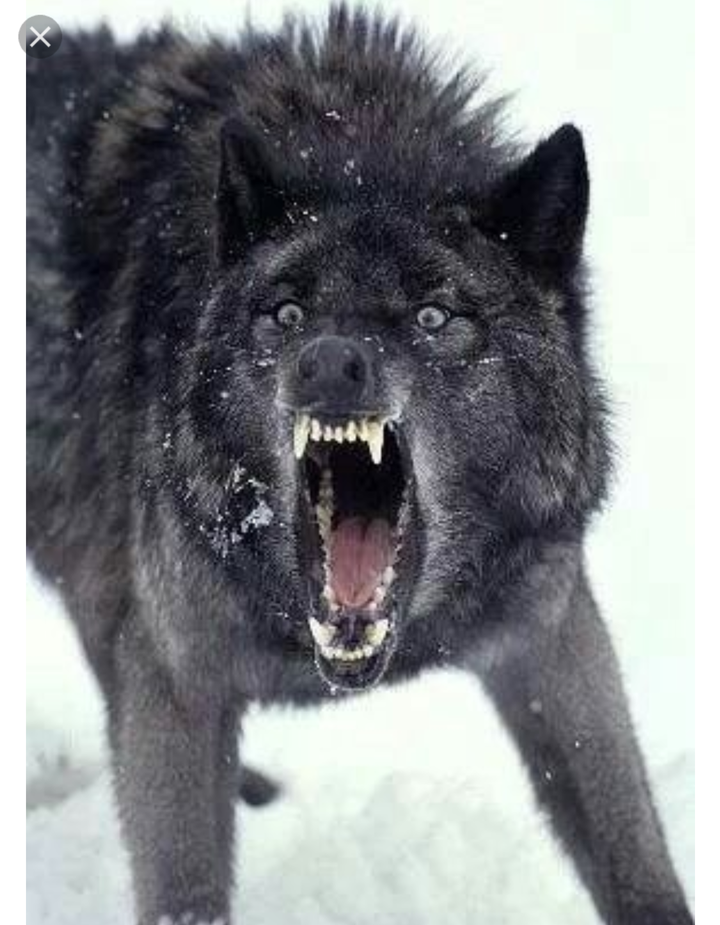 You might start seeing urination inside the house as the dog marks their territory.

Strangers may elicit a much stronger response from the wolf-dog hybrid than previously seen.

However, mating between wolves and dogs is consistent in only one area: It produces highly inconsistent offspring, also making it one of the most unpredictable dog breeds.

Some wolf-dog hybrids are just as laid-back as you are, while others seem to be taking all their cues from The Call of the Wild. Even animals from the same litter can demonstrate wildly differing behavioral traits.

So it’s up to you to do intensive research on both dogs and wolves before bringing a wolf-dog hybrid into your home.

This is not a pet that typically does well lying around on the sofa all day. They require lots of consistent and repetitive training as well as plenty of exercise and mental stimulation.

That’s right — here’s another small pup on the list of most aggressive dogs to prove that size is no indicator of aggressive tendencies. 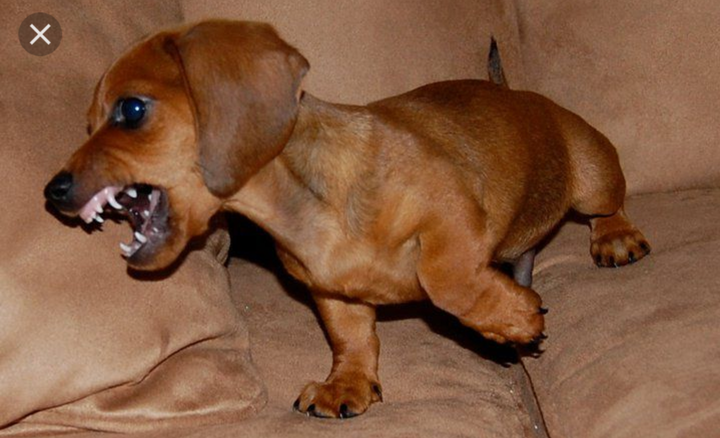 According to a study published in the journal Applied Animal Behaviour Science, Dachshundsrank among the most aggressive dog breeds in terms of aggression against both people and other animals.

Like the Chihuahua, this is likely because the Dachshund’s size makes it easy to overlook inappropriate behaviors such as jumping, barking and snarling.

Dachshunds originate in Germany, where they were bred to hunt badgers, small animals who are fierce fighters when cornered. The Dachshunds’ short legs allowed them to follow badgers right into their dens and fight to the death. 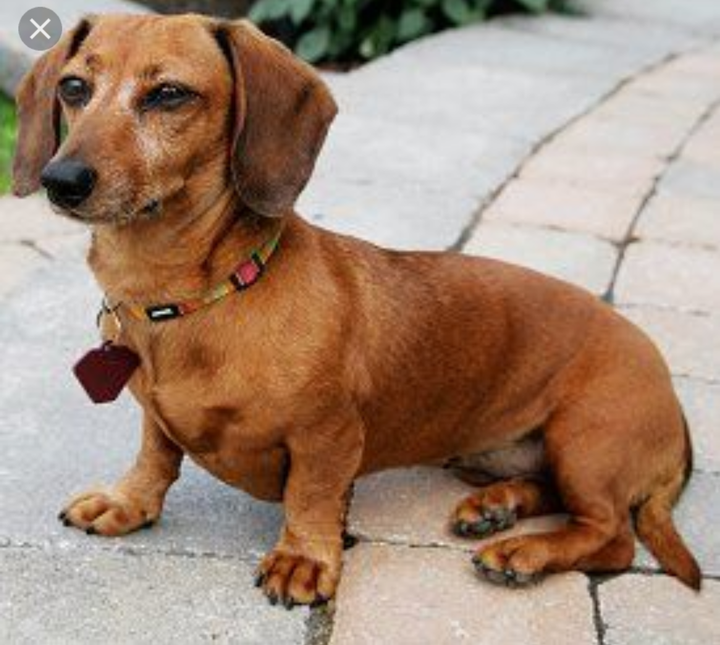 Today, Dachshunds still have a strong prey drive, so it’s not smart to allow them around smaller mammals.

They’re also independent, intelligent and strong-willed. They will become aggressive if you don’t train them properly or set boundaries.

The Jack Russell Terrier makes a great pet. These dogs are intelligent, agile and fun-loving, and they were bred to hunt foxes and other small game in the mid-1800s. 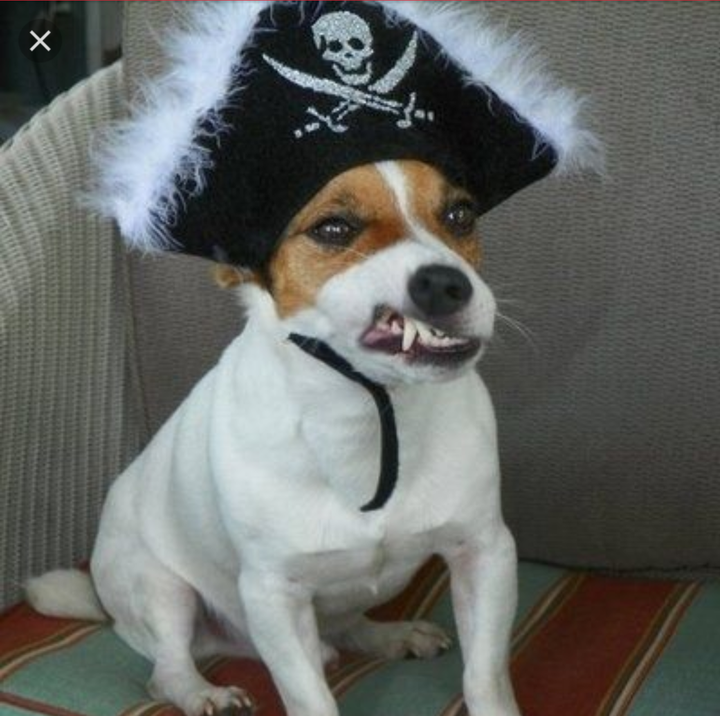 But again, without a strong pack leader to set rules and boundaries, these dogs can and do demonstrate aggression toward other people and animals — and will bite. Small dogs like the Jack Russell Terrier tend not to be as well trained as larger dogs, so they can develop “small dog syndrome” — where a small dog thinks they are head of the household and act accordingly.

American Bully American Pitbull Terrier American Staffordshire Terrier English Pit Bull
Opera News is a free to use platform and the views and opinions expressed herein are solely those of the author and do not represent, reflect or express the views of Opera News. Any/all written content and images displayed are provided by the blogger/author, appear herein as submitted by the blogger/author and are unedited by Opera News. Opera News does not consent to nor does it condone the posting of any content that violates the rights (including the copyrights) of any third party, nor content that may malign, inter alia, any religion, ethnic group, organization, gender, company, or individual. Opera News furthermore does not condone the use of our platform for the purposes encouraging/endorsing hate speech, violation of human rights and/or utterances of a defamatory nature. If the content contained herein violates any of your rights, including those of copyright, and/or violates any the above mentioned factors, you are requested to immediately notify us using via the following email address operanews-external(at)opera.com and/or report the article using the available reporting functionality built into our Platform 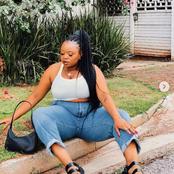 Pig skin : Good or bad for your health? Find it out here 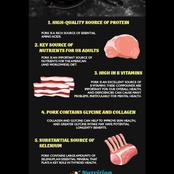 Too Much Distraction And Problems : The President Of Zimbabwe Is Allegedly Losing Weight 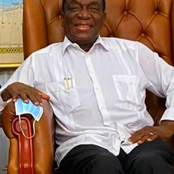 Cleanliness is always next to holiness - OPINION 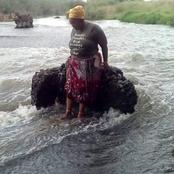 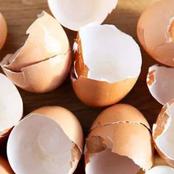 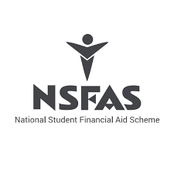 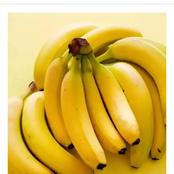 Here is what you should know about dreaming blood 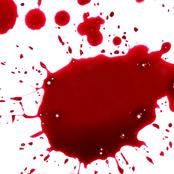 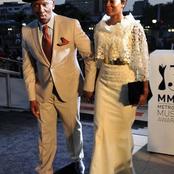