By Moeletsi (self media writer) | 11 months ago 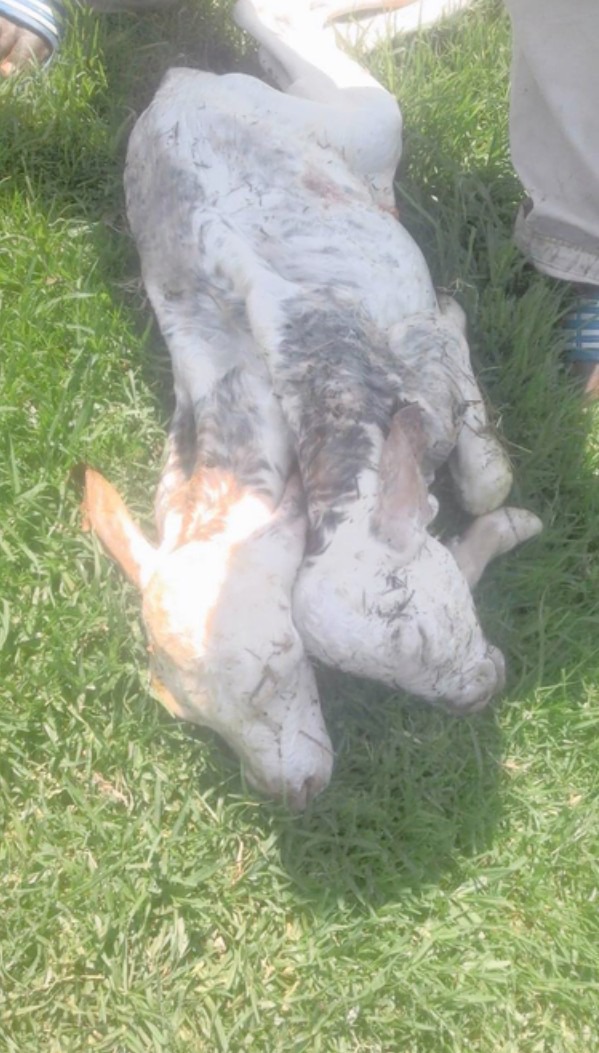 The people of Msilili in KwaSwayimane are not silenced by an incident that took place yesterday when a cow gave birth to a two-headed calf. This happened in Maphumulo kraal.

Unfortunately, the calf did not survive the ordeal, but the calf's mother is said to be in good health.

The owner of the cow said he had been called to work yesterday to rush to see what was happening.

“My cow was pregnant, they called me in the morning at work to see it was giving birth. I asked a neighbor to help.

They even had to pull the calf to get it out because the heads were facing different directions. Everyone was shocked when a two-headed calf came out, ”said Maphumulo.

He said they should have helped because the cow was in danger of dying.

"If they hadn't pulled the calf it would have died," said Maphumulo.

The farmer, who said he had more than 30 head of cattle, said it was the first time he had seen something special.

“It is possible for a cow to have two calves but they do not mate like this. This one has two heads but one body and four feet. It has been an amazing and unusual experience in the nature of cattle, ”said Maphumulo.

He said he kept the two-headed calf at home until the treasurers arrived and said they wanted to take it.

He said he had never contacted the veterinary organization about the incident.

Asked what the experience meant for him, he said: "I can't explain this. Some people said it was lucky. Some people say I have to go and find out, but I can see that it is just a coincidence, ”he said.

Malawian mother explains why she married her own son, the explanation is devastating

Stop Inviting Unnecessary Curses Which Were Also Not Meant For You

I Want To Divorce My Wife, She Always Frowns Her Face Whenever I Am Making Love To Her - Man Says

Protein Sources That Are Best For Weight Loss

I managed to stay pure since childhood, Gogo revealed how she fights temptation using a Bible