Duke Tumi Showed Off His Hard Work, Which Earned Him 2 High-End Luxurious Cars. He posted a picture of himself standing between two cars, a VW and BMW cars. He captioned his post with 'my hard work, no favours from parents, thanks to Mathematics.

The post drew a lot of different views, with some saying that two cars that were not bringing in money were not a symbol of success, those cars were still owed by the bank. Some people were annoyed by the caption that said no favour from their parents, they felt that he had a grudge against his parents. They said that his parent might have had the resources to give him a head start in life, but the fact that he managed to complete a degree of his choice was more than enough support from the parents. 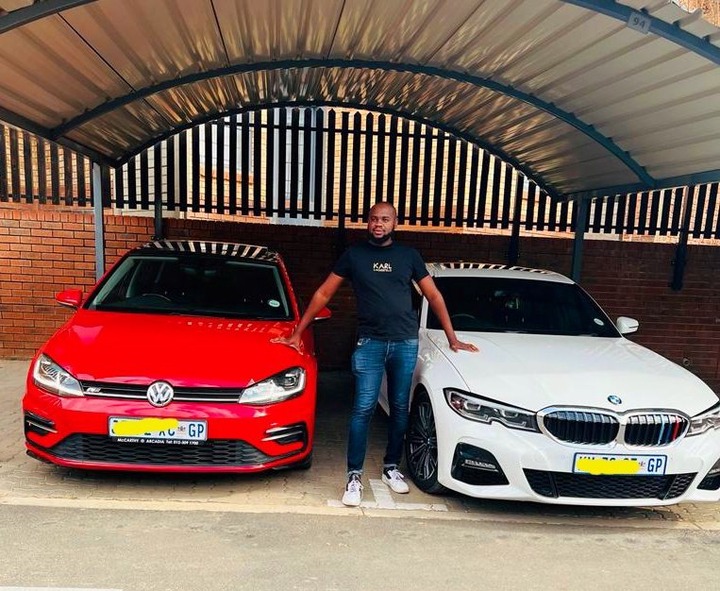 And the last group of comments was more educational about giving children a head start in life like what White people do to their children. This will alleviate the pressure that the children get when they start working. If they have a head start, they do not have to get into debt just to get by in life. They can build their wealth from what was handed to them by their parents