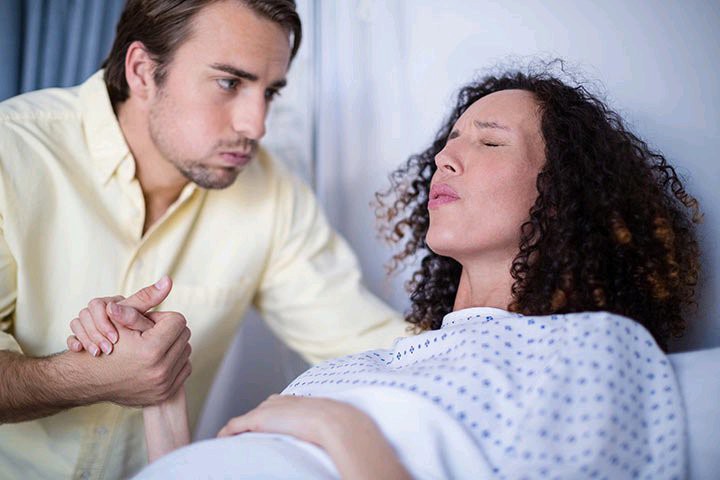 A photo by Shutterstock

You may imagine what it might be like to give birth in the hospital, with physicians and nurses nearby. As she endured the agonizing pain and suffering of childbirth. Is this really the best-case scenario? Now imagine having your significant other by your side, most likely your husband or partner, as you go through this. Hasn't it made childbirth a little more bearable?

Although having a partner can make us angry or enraged at times, we can't help but notice it does have those moments as well. They provide a level of comfort to the table. And now, a new study shows that holding your partner's hand during labor may help relieve discomfort.

According to the Results of the Research

A photo by Shutterstock

Researchers found that holding hands with your significant other can make you and your partner's heart rates match (1). Not only that, but the couple's brain waves also become in sync. Researchers from the University of Colorado Boulder and the University of Haifa collaborated on the study, which discovered that empathy is critical to the synchronization of brainwaves in humans. Having empathy for your partner's distress will lead to a more harmonious brainwave pattern between the two of you. In turn, this alleviates discomfort. There are less physical interactions in today's environment and Pavel Goldstein explained how it explains the importance and power of human touch.

This experiment came to Goldstein's mind when he was present with his wife during the birth of their daughter as a postdoctoral pain researcher at the Cognitive and Affective Neurosciences lab at the University of Colorado at Boulder. When his wife was giving birth, he discovered that holding her hand helped reduce her discomfort during the process of giving birth. Goldstein decided to do an experiment in the lab to see if human touch may genuinely reduce pain and, if so, how.

Over a year together, 22 heterosexual couples were chosen to participate in the study. ECG caps were placed on the heads of couples ages 23 to 32 to record their brain wave activity during a series of two-minute scenarios. Sitting in separate rooms, not touching, and holding hands were all possible outcomes during the experiment. The ECG results of the same scenarios were then measured by subjecting the woman to moderate pain (2). When the woman was experiencing modest pain and holding hands, the brain waves correlated the highest. 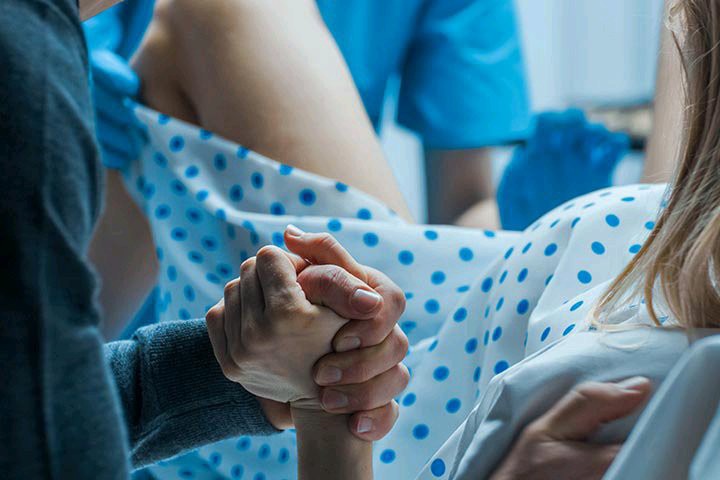 Another intriguing detail emerged from the discovery that researchers might boost brain wave synchrony by holding hands during pain. The brain's activity dwindled when it wasn't stimulated by touch. It is shown in this experiment that pain disrupts the synchronization between people, and that touch can restore that synchronization again.

This was followed by a slew of other assessments aimed at determining the role empathy plays in the process. When we're feeling down and depressed, we typically turn to empathy for comfort. Knowing that the other person understands what you're going through gives you a sense of relief. Empathy also plays a role in birthing, which is interesting.

Results from other studies on how the male partner's emotional response to pain affects brain wave synchronization were intriguing. Empathetic men's brain waves were more in sync with those of their partners, a study showed. Furthermore, the woman's pain decreased in direct proportion to the degree to which her brain waves were in sync.

According to the Results of the Research

Even while we don't know exactly how empathy works to alleviate pain, we can all agree that it does. More research is needed to understand how empathy can help alleviate suffering, according to Goldstein's opinion. Goldstein and his co-authors, on the other hand, presented only a few explanations. They hypothesize that because empathy fosters a sense of understanding, it may trigger brain systems that serve as a painkiller.

We intend to learn more about the validity of this research in the case of same-sex couples and other types of partnerships through further investigation. Nonetheless, we should never underestimate the power of empathy and the human touch.

Stunning scotch roof house with single garage. Check it out.