By KgaogeloEntertainment (self media writer) | 8 days ago

There are a lot of disadvantages about going to the public hospitals because there is a possibility that you might not get the help you need because they don't have the suitable equipments or resources to help people, someone might end up dying waiting for help that might take hours or even days without anything happening.

We have had a lot of people complaining about the bad service they received at public hospital saying they ended up losing their loved one because they didn't get the help they need during the time they were in hospital, they complain that nurses can be ignorant sometimes claiming they are waiting for the doctors and there's nothing they do.

A guy by the name of Siya on Twitter took to his social media account and shared a picture of a baby's hand who had something in her hands which he was not sure what is it, Below is what Siya shared: Yesterday morning my colleague took her child to Kimberley hospital because she woke up her hand looking like the 1st frame, she's is still there and her had looks like the 2nd frame waiting to be attended to. 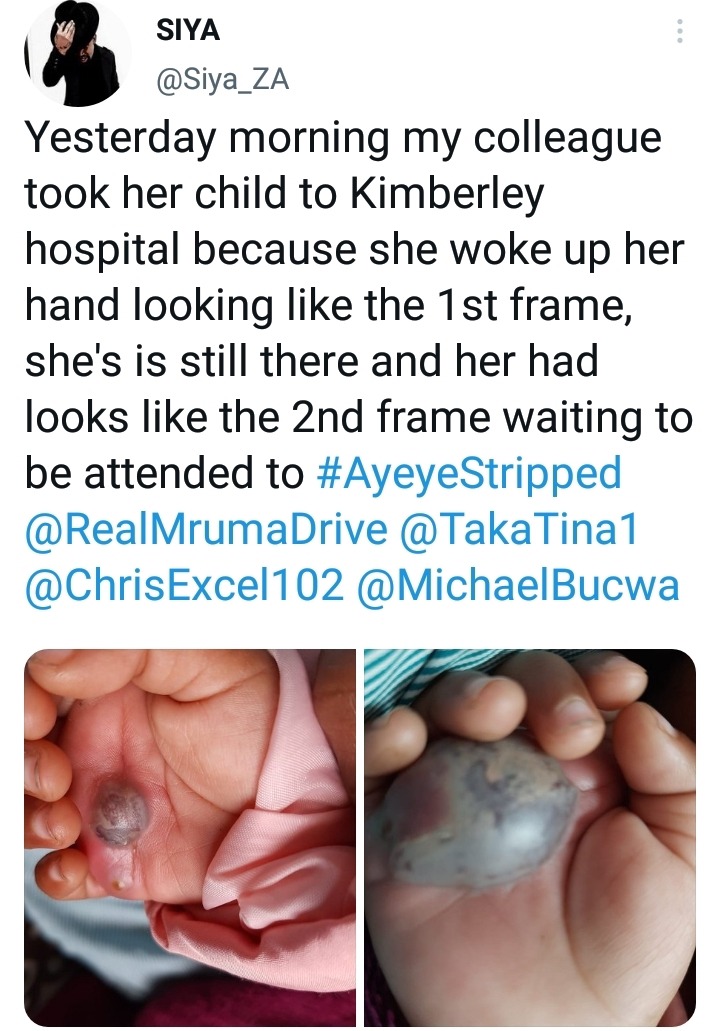 Reporting further Siya says they went for hours without any help as they were saying there's nothing they can do, because some machines are broken so they are waiting for them they are coming all the way from Cape town. Siya says The last time he spoke to the mother of the child it was around 22:00 and still haven't received any help. Since they went there around 09:00 yesterday, they haven't received any help. And he also checked on them about hours later but there was still no luck.

The way people were so hurt by this, they had to ask people to help her get medical attention. And that's what people did they tagged a doctor who was willing to help her. 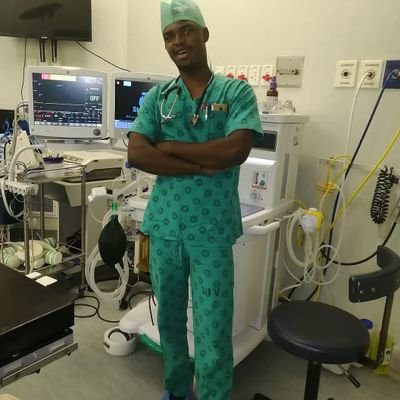 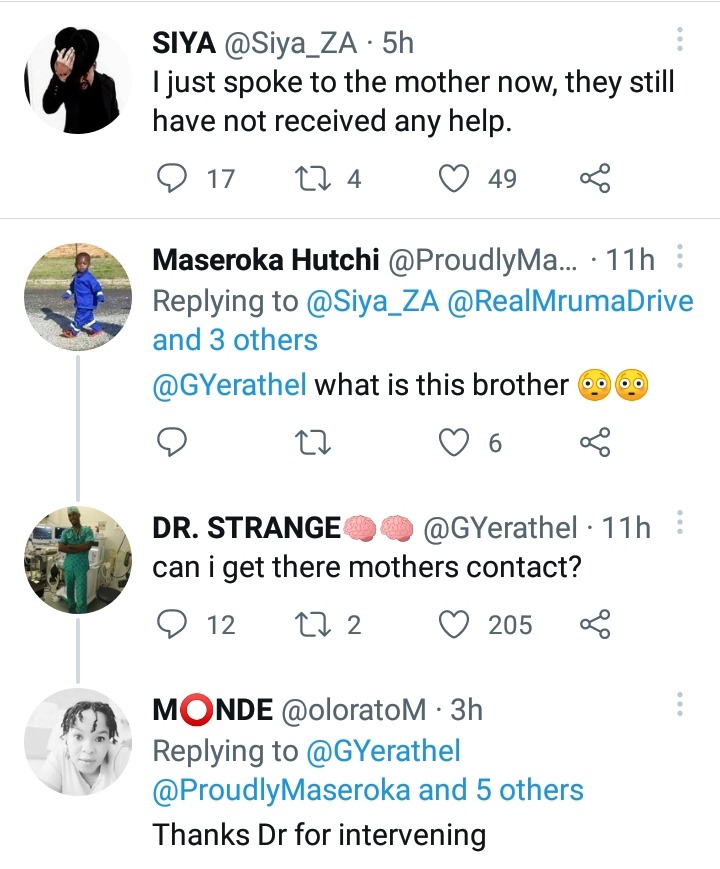 People are angry as they are saying this is so wrong imagine a child's life being put in danger like this, what could be the reason for a hospital not to have machines, it's like our government doesn't care about people lives. People can end up dying because they claim they don't have the machines. Let's hope the doctor will help her because no mother wants to see their child in pain, and let's hope Kimberly hospital will fix their problems we can't have this kind of case where someone can't be helped because they don't have the resources. 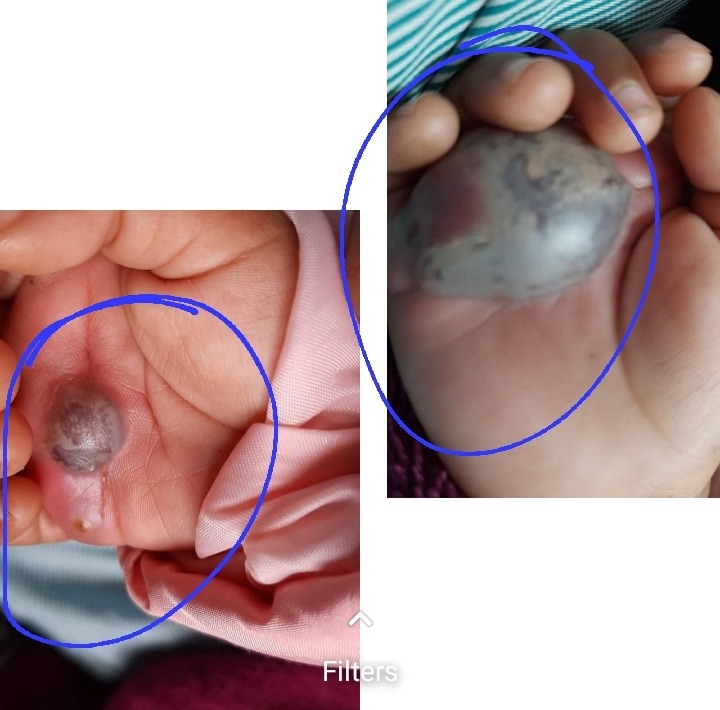