By NewsCity55 (self meida writer) | 1 months 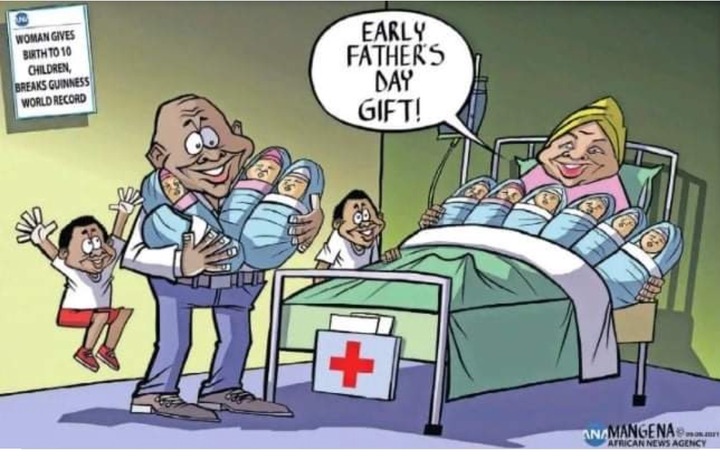 There's been controversy surrounding the incident of a woman who gave birth to ten babies in South Africa. 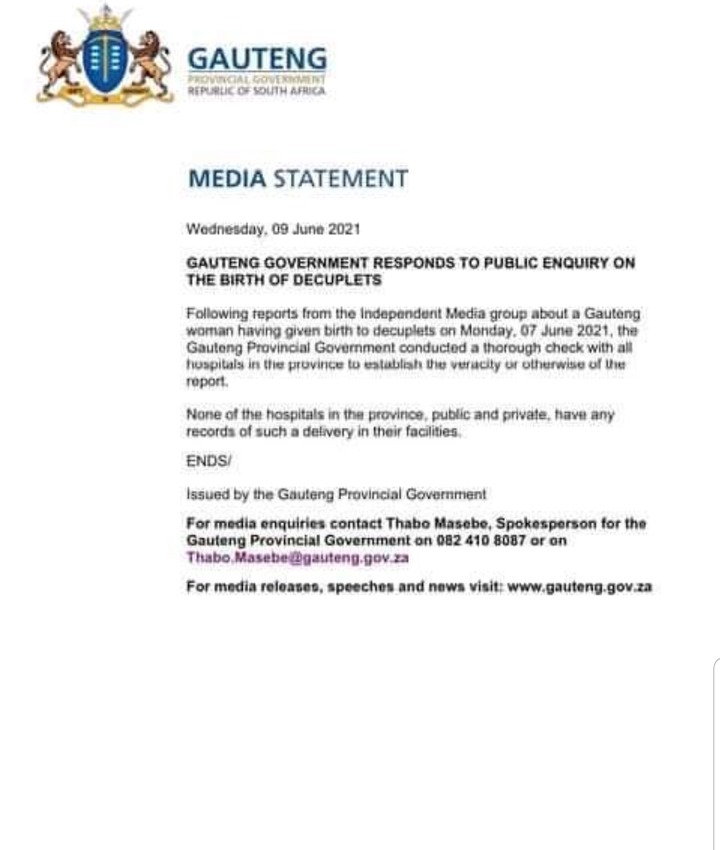 This statement was issued by the Department of Health after asking Gauteng hospitals if they have come across a woman who gave birth to ten babies and they said they have no record of such. This caused a huge stir on media and many people were confused.

Looking at the incident, it is very rare especially in our continent for a woman to have such a large number of babies in one pregnancy. This made it easy for people to believe that there is no such, this incident was made up.

Later on, the Department of Health apologized to the public and said that they have gotten the details about such an incident. The family was also offered support and there is an organization that gave them baby diapers.

According to valuable sources, the babies are in a Nicu in Pretoria fighting for their lives. They were very tiny at only 29 weeks gestation and this means huge challenges for such little lungs and organs. During the interview the father says that at first it was difficult for his wife to walk by herself due to the way she gave birth. She delivered the give babies naturally and the remaining five with an operation. She was using a wheelchair to move from one place to another but now she's recovering.

The relative also mentioned that at first they were told that this woman is carrying six babies, as she continued going for check ups she was told that they are eight and that overwhelmed the family. They had to accept it although they did not expect something like that, to their surprise she gave birth to ten babies and everyone was just speechless.

Content created and supplied by: NewsCity55 (via Opera News )

Things You Should Never Entertain as a Married Woman

Most Sensitive Things That Women Carry In Their Handbags