Two weeks ago, a video that was taken at the Rahima Moosa Mother and Child Hospital that showed pregnant mothers sleeping on the floor went viral. This is because there are too many people from other countries using the South African health care system, which causes it to become overwhelmed. The increase in the number of pregnant patients coming from outside the hospital is putting a strain on medical facilities around the country. Women who are pregnant from other countries are encouraged to give birth in South Africa because it is a free service.

This rumor seems to have it presently. According to Steve Biko Hospital, "the time to stop has come." It has been reported that the maternity unit of the hospital has stated that all non-citizens are now forced to pay for their care. They won't qualify for assistance if they can't make the payments. The hospital now charges a booking fee of R2 335, a price for the actual birth of R8 542, and a fee for a Caesarean section of R11 603. 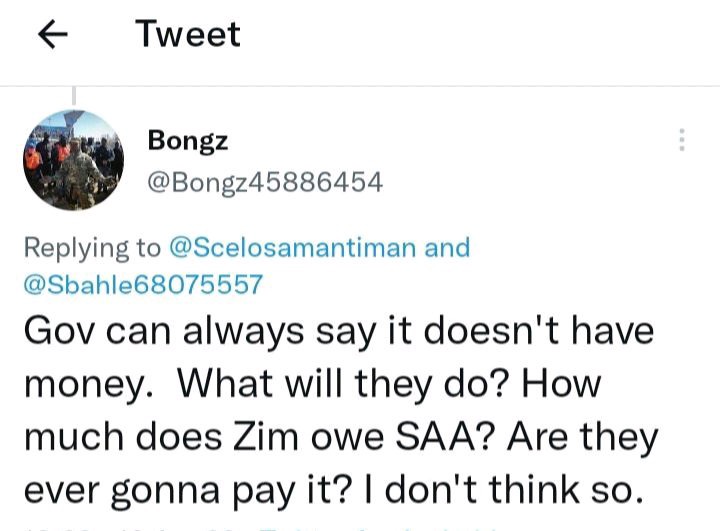 Nevertheless, the thing that concerns me is when they send the bill: before or after the service. If it isn't before they leave the hospital, you won't be able to find them until they've been released from the facility, so I hope it happens soon. Given their unstable financial condition, I have my doubts as to whether or not they can maintain such an extravagant way of living. In other words, according to the law, it is against the law to refuse medical treatment to someone who is in need of it; as a result, these ladies do not have to pay. Some hospitals refused to release birth certificates until they were paid, although it is reported that the authorities in charge of home affairs sold the certificates to the hospitals when the hospitals sought to use this tactic. 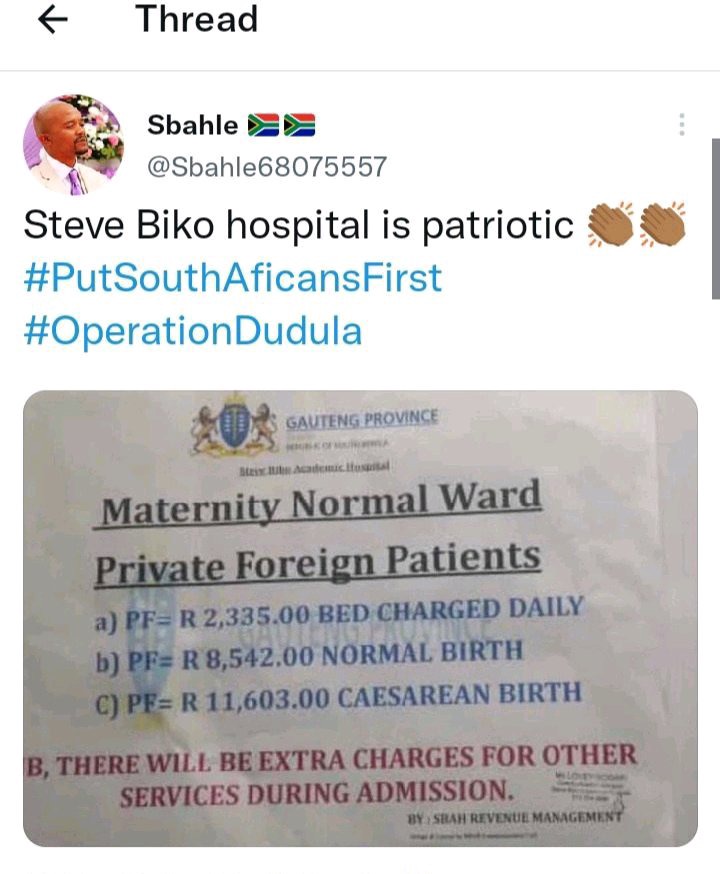 The response of many South Africans is: @leratoNkole Since a long time ago, hospitals in Gauteng have been struggling with this issue. Since the majority of undocumented women arrive in the United States toward the conclusion of their pregnancies with the intention of giving birth in one of our hospitals, it would be a violation of human rights to turn them away.

@888bmp When traveling to another country as a visitor from another country, you are required to have medical aid or medical insurance. In my view, there is no justification for treating them in any way that is distinct from how one would treat anyone else. You can either pay, or you can go to a private facility. The choice is yours. They have deviated far too much from the law's strict interpretation.

Comparable to Charlotte Maxheke, except it is possible for non-citizens to navigate the system. After signing an IOU, they know they can't be tracked, so they also admit themselves to the hospital as an emergency case. This ensures that they won't be turned away from the facility for medical treatment.