Sometimes we are made to believe that one of our parents is not playing a good role as a parent. Some circumstances force us to try and understand them. 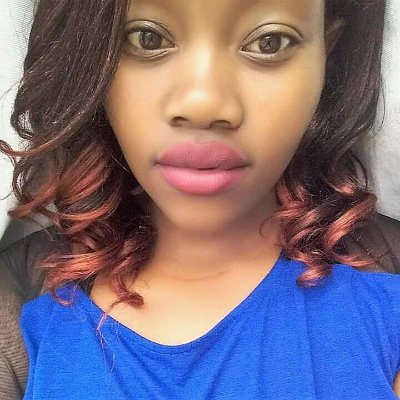 There is a woman on social media who revealed how she always saw her father as someone who could be compared to a monster. She says the relationship that she had with her father was not good at all and she thought of him as the reason for that.

She also came out clean about the fact that her father was not actually the problem as she thought. She found out later that she was the one who was negatively affecting their relationship. She had to change her ways to realize that her father was the best in the world. 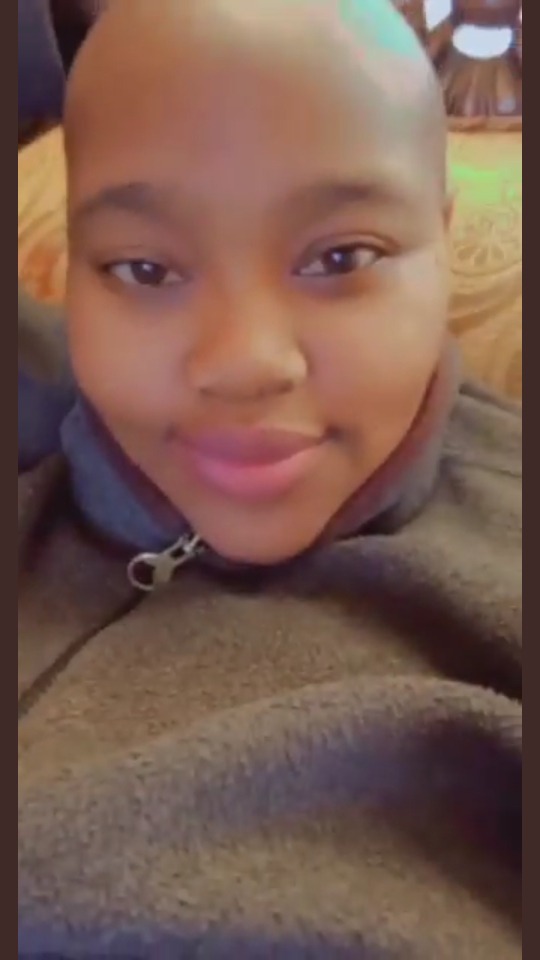 This lady, whose name is Lieketseng, says her late mother was very protective towards her. She says her mother was one person who was always on her side, whether she was right or wrong. The sad part is that her mother passed away and she was left with her father, whom she thought of as the most uncomfortable person to be surrounded by. She did realise that she was wrong about him. Her father turned out to be someone who reprimands her when she is wrong, wants her to apologise immediately after being caught at fault, and does not condone her bratty behaviour. 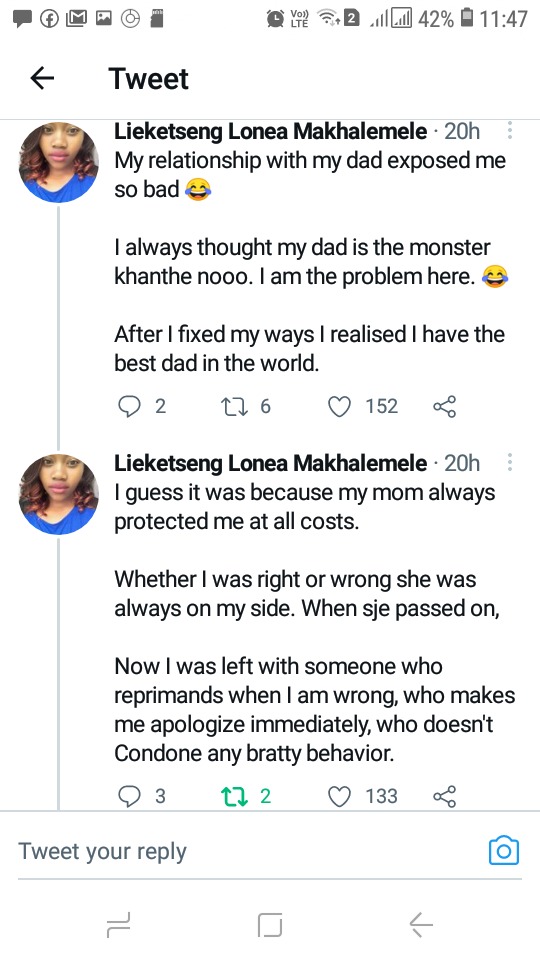 This confession touched someone in such a way that she asked Lieketseng to elaborate more about her story because she is also going through the same thing, and she suspects that she might be the problem, but she is not aware how to identify that about herself. 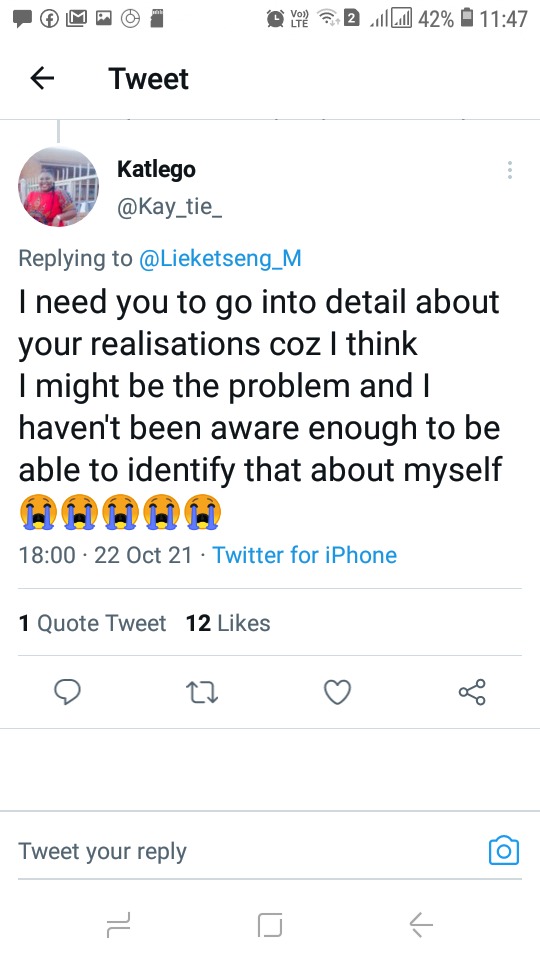 It is sad to learn that it took losing her mother to realise how great her father is, but at the same time I am happy that she managed to identify herself as a problem and fixed her relationship with her father.