The odds were heavily stacked against him. He was born at just 21 weeks and a day and weighed only 420g – less than a loaf of bread.

Doctors didn’t think he’d survive and his mother was told to prepare for the worst. But now, more than a year later, Curtis Zy-Keith Means has surprised and delighted them all – and stamped his tiny footprint in the history books too.

The little boy is the holder of the Guinness World Record for being the most premature baby to survive. Michelle Butler is overjoyed by the strides her son has made. “I’m very proud of him because I can tell the difference from where he came from and where he’s at now,” she says.

Curtis is one of a set of twins his mother, Michelle, who is from Alabama in the US, was expecting when she went into sudden labour. Curtis’ sister didn’t make it and his condition was precarious. 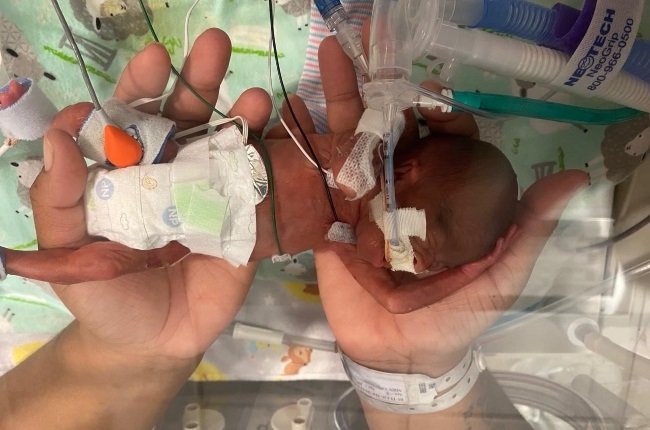 But he was alive – and for Michelle, that was all that mattered. He was placed in an incubator, hooked up to a maze of tubes and machines and was four weeks old when she was able to hold him for the first time.

Curtis spent the first 10 months of his life in hospital before he was considered strong enough to go home and Michelle was overwhelmed with relief.

“Being able to finally take Curtis home and surprise my older children with their younger brother is a moment I’ll always remember,” she says. Curtis, who is now 17 months old, has gone from strength to strength. He still relies on a feeding tube and a nasal cannula, which helps supplement his oxygen. He also needs speech and physical therapy but his doctor is pleased with his progress.

﻿“He’s very interactive,” says Dr Brian Sims, who oversaw the twins’ birth at the University Hospital (UAB) in Birmingham, Alabama. “He laughs, he has an attitude – all the things that you’d expect from a baby.” Curtis now weighs 9kg and continues to thrive at home. “He’s a happy baby,” his proud mom says. 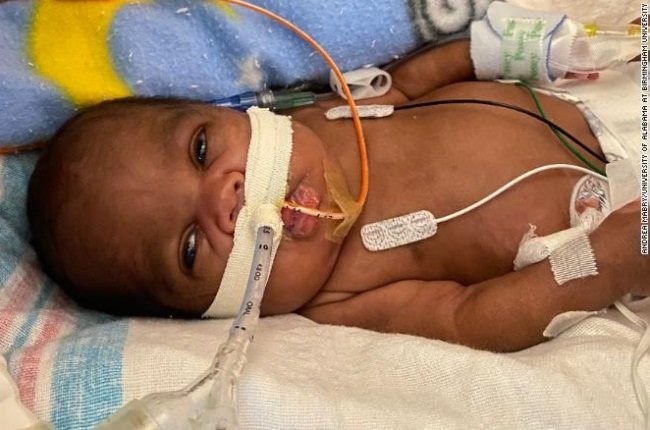 Michelle, a single mom of a 14-year-old and a seven-year-old daughter, was so thrilled when she discovered she was expecting twins that she went out and bought two of everything.

Her excitement turned to dread when she started feeling contractions at just 21 weeks. Her sister rushed her to a nearby hospital where doctors told her the situation was dire: the babies had less than 1% chance of making it.

Doctors told her they “don’t normally keep babies at that age”.

“This allows the parents to hold their babies and cherish what little time they may have together,” he says. In other words, medical staff don’t intervene.

Curtis, however, surprised everyone by clinging determinedly to life and doctors decided to give him a chance.

Michelle was heartbroken when her daughter died, but “I pulled myself together to be strong for my son”. Curtis continued to defy the odds. He survived the first week, then the first month and hospital staff dared to hope he would make it. 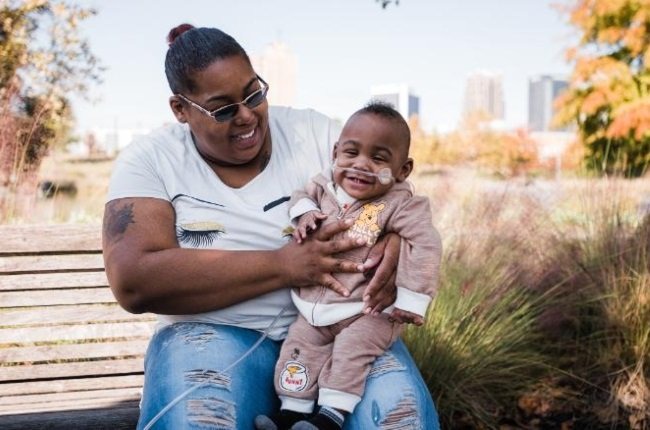 “There were days when we were unsure he would survive,” admits Sumita Gray, a nurse on Curtis’ team. “He was the youngest baby anyone had worked with, but we were determined to see him go home.”

Michelle was devoted to her son’s recovery. She drove 90 minutes every day from her home just so she could see him. When he was strong enough nurses showed her how to feed him, change him and keep his feeding tube clean.

They also taught her about skin-to-skin contact, also known as kangaroo care, which is said to improve premature babies’ mental and physical development.

“The team at UAB took the time to educate me and made sure I knew what was happening every step of the way,” she says. “They truly cared about my son and me.”

After 275 days in the neonatal unit, her prayers were answered when Curtis was pronounced healthy enough to go home. “When Curtis was discharged there was so much excitement in the unit,” Dr Sims recalls. “Everyone was taking pictures with him and his mom.”

Curtis still needs regular check-ups at the hospital but the worst is behind him. Two weeks before he was discharged, Michelle quit her job at a catfish processing plant so she could take care of him. 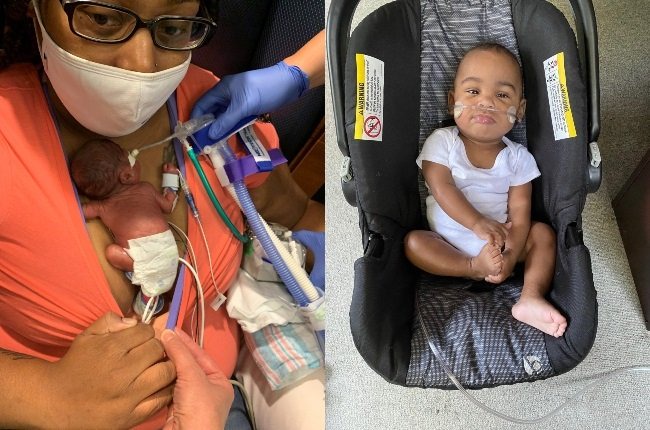 “He’s on a little oxygen and medication to help the fluid in his body and for his hypertension,” she says. Yet that hasn’t stopped “Poodie”, as his family calls him, from being a livewire. His mom says he’s always playing, jumping on her and having fun with his siblings.

Nurse Sumita was overjoyed when she saw Curtis at a ceremony at the hospital where staff presented him with his Guinness World Record. “He looked great,” she says. “He was roly-poly.” Doctors are confident the boy will be weaned off his oxygen and feeding tube soon. “I’ve been doing this almost 20 years but I’ve never seen a baby this young be as strong as he is,” Dr Sims says.

The previous holder of the premature baby record is Richard Hutchinson of Minneapolis, who was delivered at 21 weeks and two days. Curtis was born a month after at 21 weeks and one day.

The little boy is one of a kind, Dr Sims believes. “We don’t know what the future will hold for Curtis since there is no one else like him,” he says.

“He started writing his own story the day he was born. That story will be read and studied by many and, hopefully, will help improve care of premature infants around the world.”