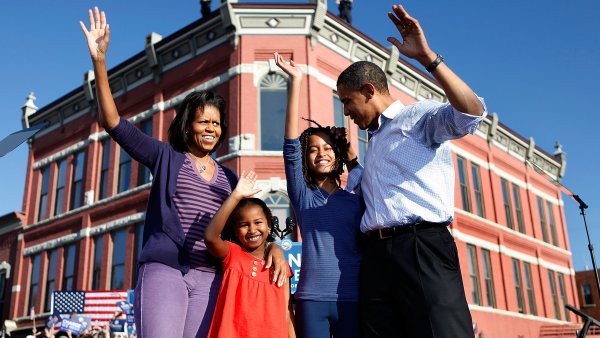 During the two girls two term father's reign as President of the free world, the two first kids Sasha and Malia have grown up right in front of our eyes. They have transformed from cute teens to sophisticated style icons, with their mother leading the way of course. Now looking at some images of the girls transformation when starting as the first kids to them becoming independent young woman. 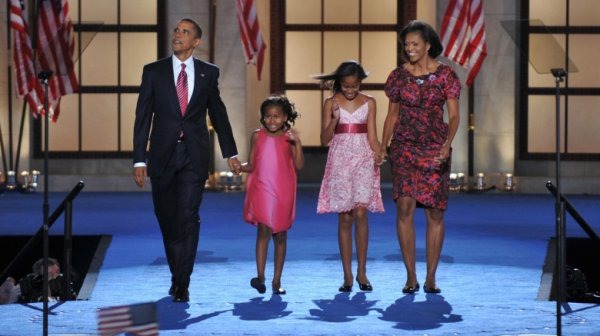 The first family looked a picture without no fault in charming light with dark texture purple and pink hues at the 2008 National Democratic Convention. When Barack Obama made the speech of speeches. "Yes We Can" 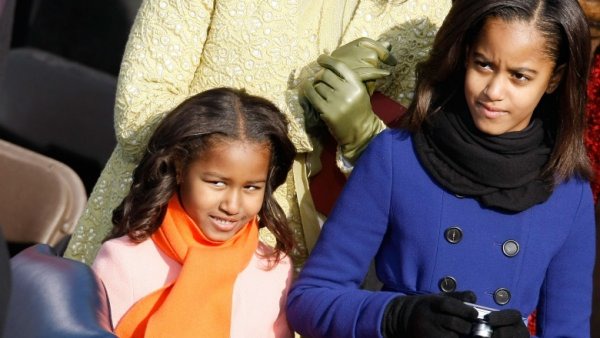 Scarf alert, black and orange coloured scarfs and winter wool coats designed especially for them by "J crew" colours bold when worn by two people separate from each other, but when the two girls dawned them they looked childish with a little sophistication. Well suited for the event classic and timeless. 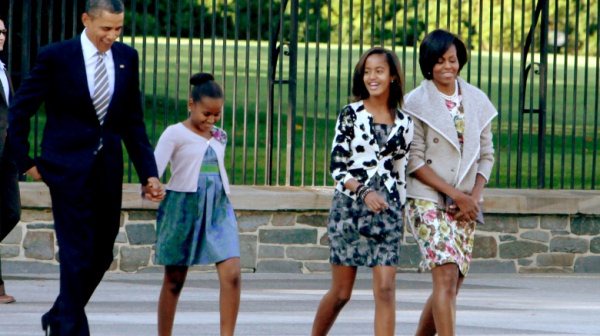 Two years in their fathers tenure as President of the United States Of America, the first family attended a church service at St John Episcopal church, known as " The church of the President's " the two girls with their mother looking sublime and elegant as Sasha 9 and Malia 12 in September 19 ,2010

Christmas with the first family in Washington DC 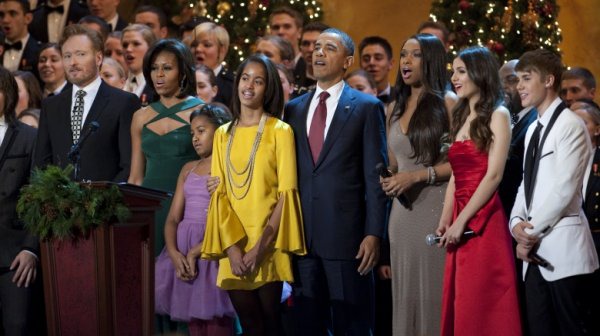 Well your father is the President of the country you do on occasion meet a couple a celebraties, wait a minute look it's "Justin Bieber" in a white and black suit and "Jennifer Hudson" with Saturday Night Live alumni " Tina Fey" in red and host of the Conan O'brien show " Conan O'brien". Ahhhh the wonders and lives of the rich and famous, Sasha looking like she didn't get that present that she wished for from Santa.

Jet-Setting with their parents around the world 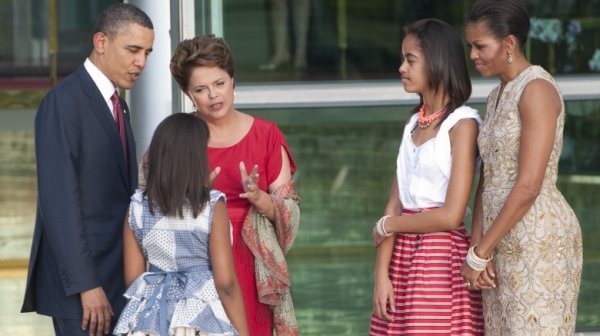 Seen here meeting with the first female president of Brazil "Dilma Rousseff " as the two tweens donned patriotic patterns in March 2011 at the Palacio do Alvorada.

Slam Dunk and in demand 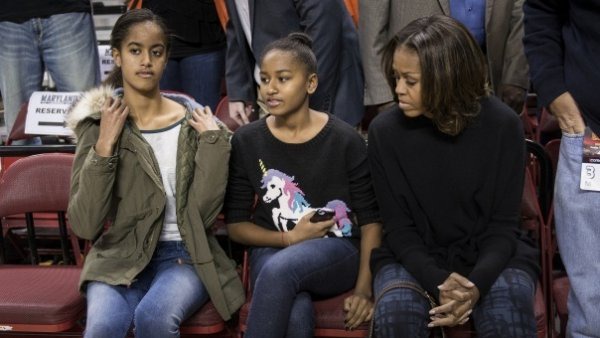 The $18 dollar sweater that Sasha wore on a college basketball game caused quit a storm on social media that people contacted the company Asos and demanded that the sweater be reissued for sale to the open market. Now that's what you call a trend setter. 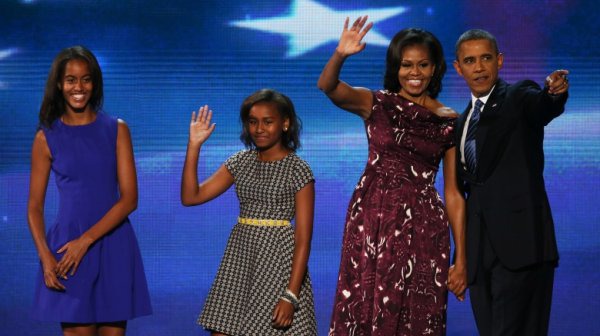 Time has quickly flown by as the two teens looked well in charge of the moment and in control of the stage. As they had everyone asking themselves "where did the time go" as Malia know 14 and her little sister 11 years old. Malia in a chic blue dress by H&M and Sasha wearing a design by Anthropologie.

2nd Inauguration and Presidency of their father as President of America 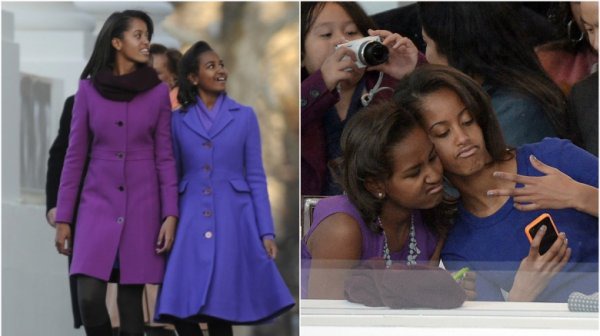 Looking more and more relaxed and used to the spotlight as the two girls seen here looking poised in knee length long winter wool coats, and opposite coloured dresses, chic and playful.

Travelling with their mother to Italy 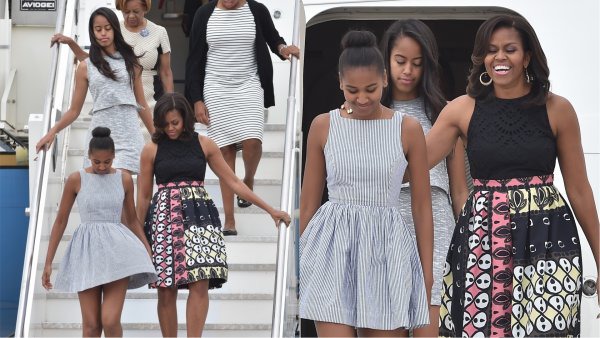 Look at how Sasha has grown, she is almost as tall as her mother at 5ft 11 inch arriving in Milan, Italy in the summer of June. Both sisters donned an effortless sundress style whilst their mother picked a seersucker dress by American apparel. Sasha 14, and Malia 16. 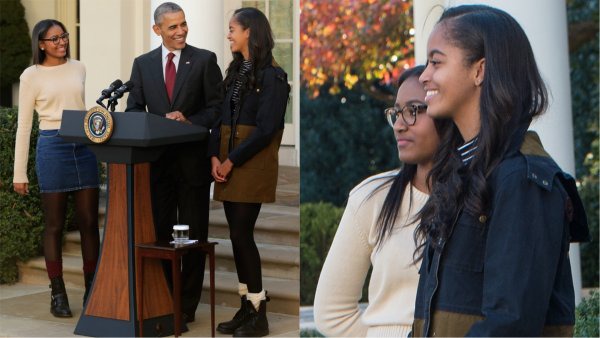 Both young ladies with their father in November 2015 at the White House annual turkey pardoning dinner. Malia 17 dressed by American apparel in a top under colour jacket and leggings with boots, whilst Sasha rocked up also wearing American apparel sweater and skirt jean combo with studio glasses. As they seemed to be enjoying one of their dads joke's. 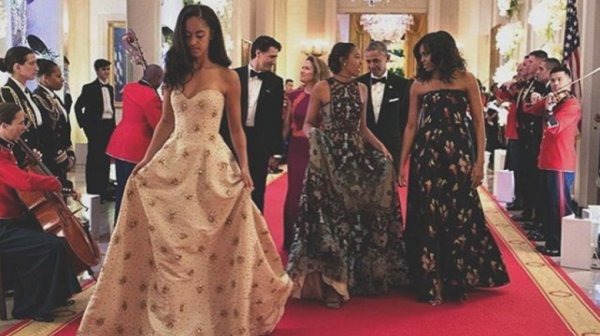 In. 2016 as they attend the state Gala dinner dressed in embroidered " Naeem Khan gowns" worth an estimated $20 000, and it was clear to everyone who attended that the girls have grown up.

Going out with friends 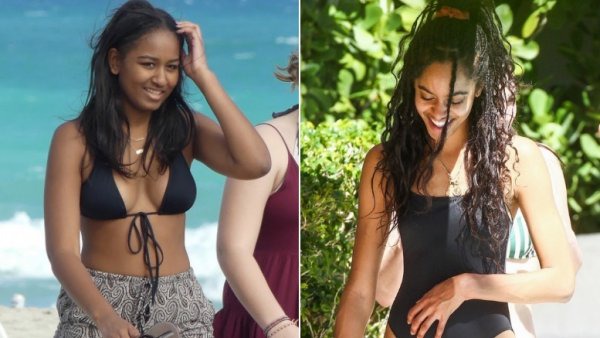 You live a difficult life being always in the spot light and not having any time with your friends. And in 2019 the former first kid in Malia was spotted drinking a $80 dollar bottle of whisper angel rose with her friends, and the story was reported by " Daily mail". The only problem was that Malia was underage in the state of Miami, though staffers of the hotel that she was in with her friends where criticize by social media for allowing miners to consume alcohol in the premises. 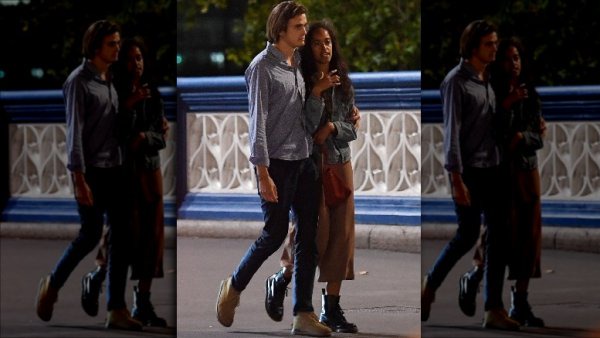 Malia was caught hoping over the pond to visit her london based boyfriend "Rory Farquharson" according to the white house press, they met in harvard.

In the South of France 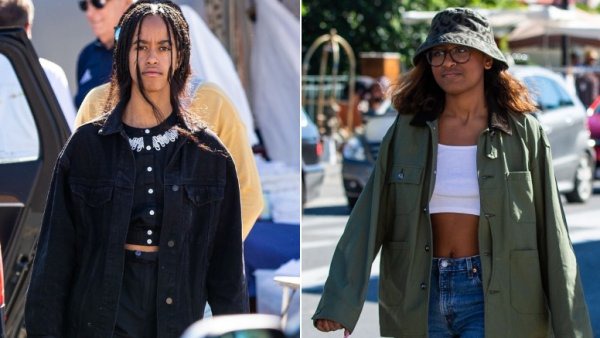 The two sister who have grown up right in front of our eyes have become citizens of the world as they where seen in the South of France's famous L'isle-sur-la Sorgue market dressed for the moment.

"Wonders the world knows where the future holds for these two beautiful African ladies, but shore enough will be there watching".