Reasons why some women can get pregnant after taking contraceptive pills. 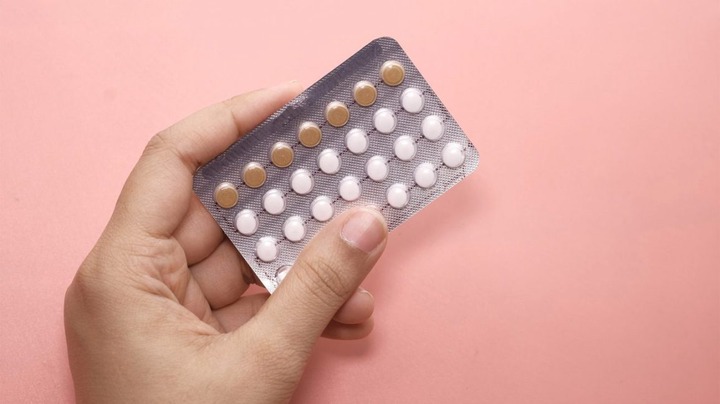 Contraceptive tablets work by inhibiting ovulation and, as a result, preventing pregnancy. However, even if you take it appropriately, whether in the form of pills, a hormone patch, a vaginal ring, or an injection, there is a small danger of falling pregnant because contraceptives are roughly 99 percent effective, meaning that just one out of every 100 women will become pregnant.

However, several circumstances, such as forgetting to use contraceptives, taking antibiotics, or taking other medications, might reduce the contraceptive pill's effectiveness, raising the risk of conception.

If the woman suspects she is pregnant while still on the pill, she should get a pregnancy test as soon as feasible. If the test is positive, use of contraceptives should be discontinued, and a gynecologist should be called for further evaluation.

It's crucial to remember that a gynecologist should always be consulted before beginning contraceptive use so that the appropriate contraceptive method for each woman and the proper method of use may be determined.

Is it possible to conceive while taking anticonception medication?

Viewing photos via the app might help you save up to 80% of your data.

The following factors can reduce the effectiveness of the birth control pill and raise the risk of pregnancy:

1. Ignore taking a day off.

Because hormone levels in your body can fluctuate and raise your risk of ovulating, forgetting to take the birth control pill one day can boost your odds of becoming pregnant.

Because ovulation can occur earlier and sperm can survive in the vaginal canal for up to 5 days after sexual contact, if you forget to take the contraceptive pill in the first week of the card, you are more likely to become pregnant.

If you forget to take one of your tablets, take it as soon as you recall, and then take the following one at the scheduled time.

In these situations, an additional means of contraception, such as condoms, should be used for the next 7 days, for example.

2. Failure to take at the appropriate time

Contraceptives are taken every 24 hours, so it's critical to take them at the same time every time so that hormone levels in the body don't fluctuate, increasing the risk of ovulating and becoming pregnant.

Using a wake-up watch, a mobile phone reminder, or making it a habit to take the pill with a specific daily activity, such as lunch or supper, are some suggestions for taking the pill at the proper time.

Delaying the timing of a dose of a birth control pill containing only one hormone, progesterone, such as Cerazette, considerably increases the chances of becoming pregnant since hormone levels drop very quickly, increasing the risk of ovulating.

If you neglect to take your contraceptive at the same time every day for the next seven days, you must use an additional method of contraception.

3. Have diarrhea or vomiting spells

In these instances, one should continue to use the contraceptive as usual while also using a condom as a secondary method of contraception.

4. Forgetting to take a few times

When you forget to take your birth control pill numerous times during the month, you won't be able to achieve an effective contraceptive effect, and your risk of conception will skyrocket. As a result, a condom should be used throughout the contraceptive card's use until a new one is started.

In this scenario, it's critical to speak with a gynecologist and attempt a non-daily method of contraception, such as a contraceptive injection, hormonal adhesive, hormone implantation in the arm, or the placement of an IUD, for example.

Changing contraceptives necessitates caution and medical supervision because each contraceptive has its own set of properties, and the interchange of hormones can cause undesired ovulation, raising the risk of pregnancy.

When switching contraceptives, it is generally recommended that you use a condom for the first two weeks.

6. Look at other options.

Some therapies can reduce or diminish the effectiveness of oral contraceptives, making them less effective.

Most antibiotics do not interfere with the effect of oral contraceptives, according to some research, as long as they are taken appropriately, every day and at the same time. Some antibiotics, such as rifampicin, rifapentin, and rifabutin, which are used to treat tuberculosis, leprosy, and bacterial meningitis, and griseofulvin, an antifungal used to treat skin mycoses, have been proven to diminish the effectiveness of contraceptives. When these medicines are required, or if you experience vomiting or diarrhea after taking any antibiotic, you should wear a condom as a supplementary contraceptive method to avoid pregnancy.

Anticonvulsants such as phenobarbital, carbamazepine, oxcarbamazepine, phenytoin, primidone, topiramate, or felbamate, which are intended to diminish or eliminate seizures, can reduce the effectiveness of oral contraceptives. To avoid interactions that interfere with the use of contraceptives, it is critical to speak with the doctor in charge of the therapy.

Is it possible to conceive while taking anticonception medication?

8. The contraception is not properly stored.

The contraceptive pill must be kept between 15 and 30 degrees Fahrenheit and away from moisture, which means it should not be kept in the bathroom or kitchen. Keeping the pill in its original packaging, at the proper temperature, and away from moisture prevents the pills from changing, which can diminish their effectiveness and raise the risk of pregnancy.

Before taking the pill, examine at the appearance of the tablet and discard it if it changes color or smells, crumbles, or appears wet. Purchase a replacement contraceptive card to guarantee that the pills are undamaged and unaffected, as this can influence their effectiveness.

Is it possible to get pregnant and nurse while on the pill?

Cerazette, a progesterone contraceptive pill worn during breastfeeding, prevents pregnancy and, like other birth control pills, is roughly 99 percent effective.

Even if she is breastfeeding, if the woman forgets to take the pill for more than 12 hours or is taking an antibiotic, she may become pregnant again. In these circumstances, a secondary means of contraception, such as condoms, should be used for at least the next seven days while the pill dose is delayed.