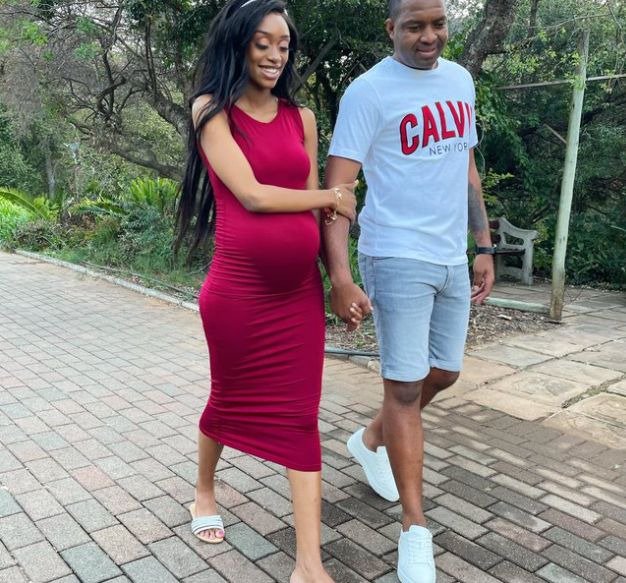 Five months after giving birth to their second baby Itumeleng Khune and his wife Sphelele are expecting the third born baby, and social media was divided regarding this pregnancy. But the two, it's their life and choice to decide when to have their babies but not ours, according to my opinion.

According to Celebsnow media publication, just five months ago former Bafana Bafana and Kaizer Chiefs captain Itumeleng Khune announce that he and his wife Sphelele had welcome their second baby. And now after 5 months, according to social media platform Twitter, the former Bafana Bafana and Kaizer Chiefs captain has announced that they are expecting another baby, he has even shared a picture of himself and his wife's growing belly.

The former captain caught many of his fans of that again recently after he took to social media platform to share a picture showing his wife's pregnancy, and their fans are convinced that indeed the couple is expecting another bundle of joy.

Here below is a picture taken from the social media platform where the former bafana bafana captain shared a picture and captioned it: "nothing you wear is more important than your smile." On the picture you can see them together and the growing belly of his wife. 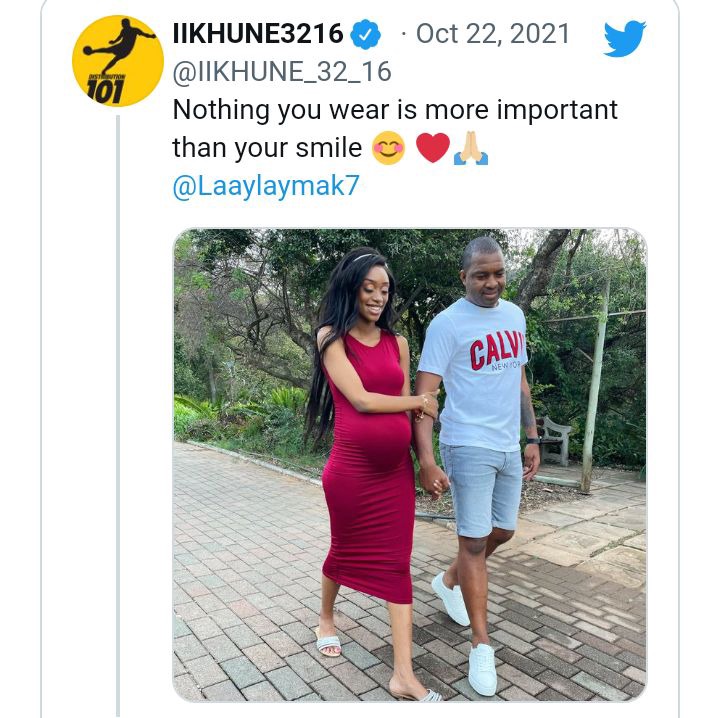 One social media user by the name of Smiley, caught my attention with her comment when she said: "Mara washesha bro... not you again superstriker.... congratulations." Meaning, it was too quick brother, but further said congratulations. 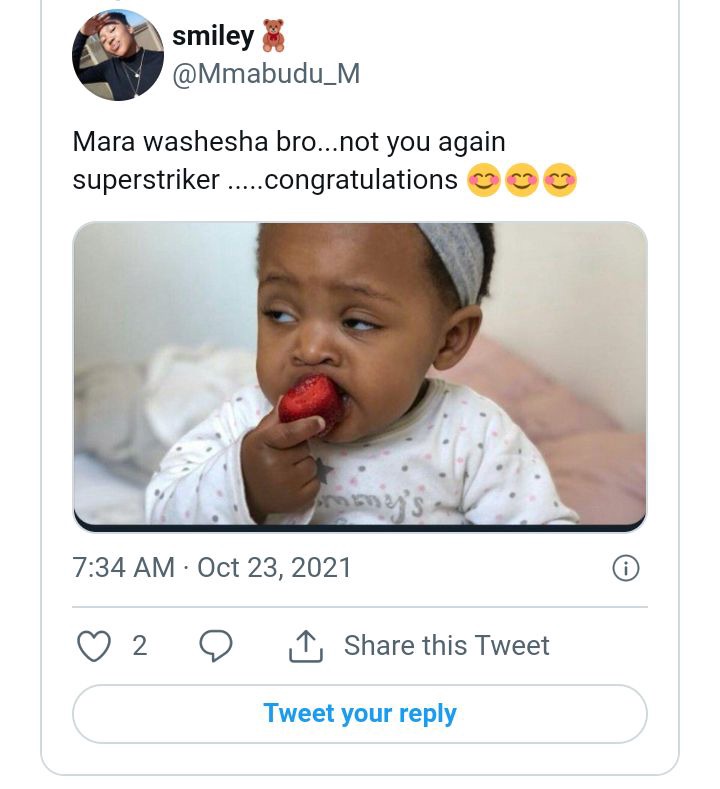 According to my opinion, kids are a blessing from God, it doesn't matter whether it's fast or take long whenever they arrive they bring joy to many people's lives. I personally thank god whenever a baby is born because there are many people who are trying to have babies but failing in the process.

"My Husband Forcefully Slept With Our Daughter And Later Killed Her." - Woman Cries Out.