'See What Pitso Mosimane Said After Run Of Poor Results.

After a string of disappointing results, Al Ahly coach Pitso Mosimane may be fired, according to reports. 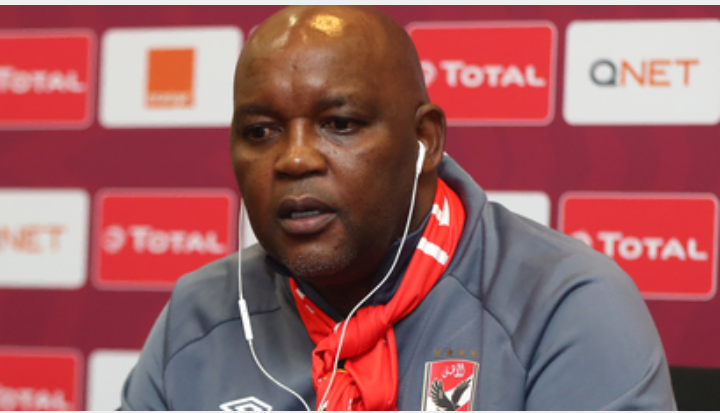 According to reports coming out of Egypt, Al Ahly coach Pitso Mosimane is on the verge of being fired owing to the team's failure to win the Egyptian Premier League and Super Cup this season.

Hesham Hanafy, a former Al Ahly player turned commentator, believes that despite managing the Red Devils to two Caf Champions League wins, the South African has not done enough to earn the right to remain his job.

The KingFut website reports that Hanafy stated, "I have confirmed information from within the club that Reda Shehata [El-Gouna head coach] will join Al-technical Ahly's team [to replace Cavin Johnson]." Hanafy spoke to Al-Hayah TV, which broadcasted the interview.

It is my opinion that Mosimane will not continue with Al Ahly, that their performance is not encouraging, and that the players are not progressing in their careers.

'The performance has become quite formulaic, and each club that comes up against Al Ahly will tighten its defensive line, causing the Reds to struggle and eventually win with a lot of difficulty.'

"I have my doubts about Mosimane's future at Al Ahly, because there is something going on in Germany [alluding to rumors that the Cairo giants are in talks with a German coach]," he said in his conclusion.

Mosimane and his technical team were recently fined by the club's chairman for failing to win the Super Cup in their first season together.