By XoliswaKubheka (self media writer) | 5 days ago 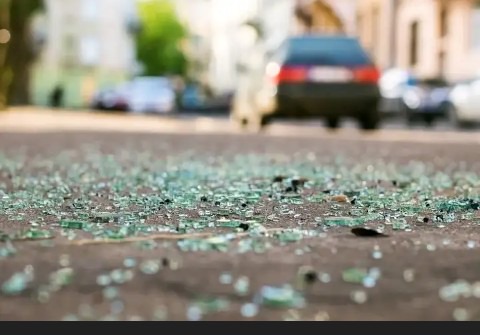 A suspected hijacker died after he lost control of the car he had allegedly stolen and it rolled, killing him instantly.

Two other Suspects who were travelling in another vehicles were arrested after they exchanged gunfire with security officers who were hot on their trail.

One of the suspects was injured in the gun battle.

According to the Mpumalanga police, members of a vehicle tracking company so two cars, a white Toyota double cab bakkie and a white BMW Sedan, reportedly and driving at high speed on the end road near the N12 road near the Kusile off-ramp.

Spokesperson Colonel Donald Mdhuli said the officers from the security firm asked for backup which was provided by the police and another security company.

From there, he said, a high speed chase ensues explaining:

The Toyota bakkie with one suspect, eged 27, reportedly took a turn off on the R42 towards Delmas and it is said that the vehicles lost control at a sandton Fourways Crossing and rolled over. As a result the driver died in the accident.

Mdhuli said pistol and jamming device were found on the scene.

He said the BMW was dentist from Mpumalanga all the way to Gauteng.

"it is further reported that an exchange of gunfire ensued between the said Suspects in the security forces where one suspect was short and sustained some injuries on the lower body. The two Suspects were then apparently arrested when they were forced to halt at Welbekend (Gauteng) where the second pistol was found as well in possession of the suspects,"

According to Mdhuli, the injured suspect was taken to the hospital where he was currently under police guard, why the owner of the bakkie that had rolled was found inside the BMW unharmed.

He was allegedly hijacked the at Vosman, Mpumalanga while driving home. Preliminary police investigations revealed that the BMW was hijacked in Bosporus, Gauteng, in June.