Here Is Why Mkhwebane Is Better Than Thuli Madonsela. opinion

Although comparing two individuals who are do the same job at different is perceived easy, it is a daunting task, there are not many barometers one can use that can ultimately separate the two individuals. Suffice to say that Public Protector Advocate Busiswe Mkhwebane has not really inspired confidence since she succeeded erstwhile leader of the institution, Professor Thuli Madonsela. 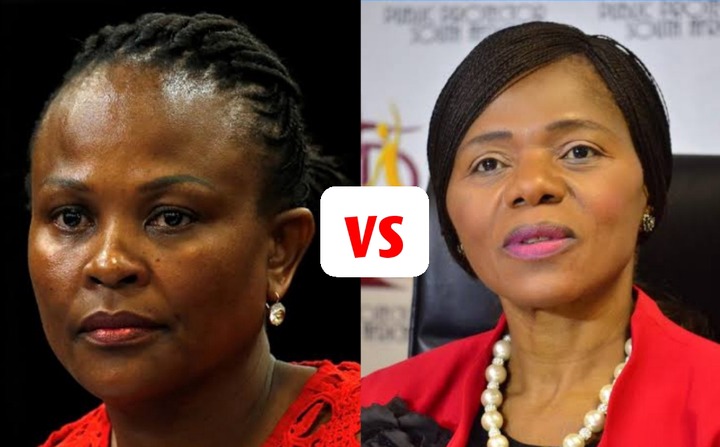 Mkhwebane has faced huge challenges since taking office in 2016 on her 7-year non-renewal term. Be it suffering significantly damaging court losses, most identifiably the Rogue Unit, CR17 matter, her attempt to alter the mandate of the South African Reserve Bank, the R1 billion Absa/Bankorp etcetera.

She was also accused of perjury by the Constitutional court in relation to the Reserve Bank matter, which she has been prosecuted thereof.

It is for this reason that Parliament deemed it important to institute processes to determine if she was fit to hold office. 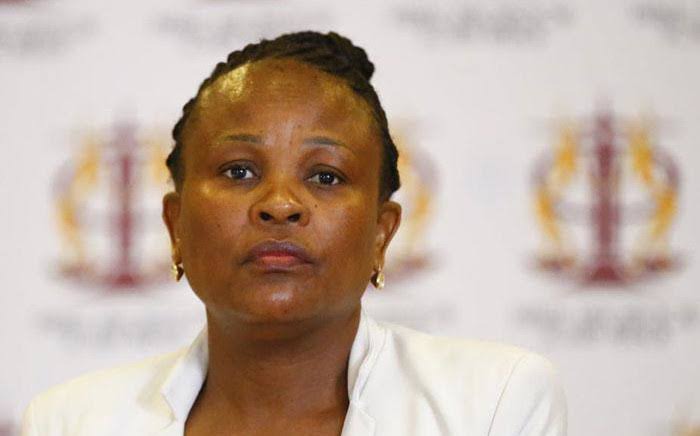 Although that process has stalled following a successful court action, Mkhwebane had lodged. The dark cloud hanging over her head still remains.

Comparably, her predecessor was lauded for quite a number of significant legal disputes she persuaded against former President Jacob Zuma at the height of the state capture project.

The Nkandla matter as well as the State Capture report being among others her solid piece of works. 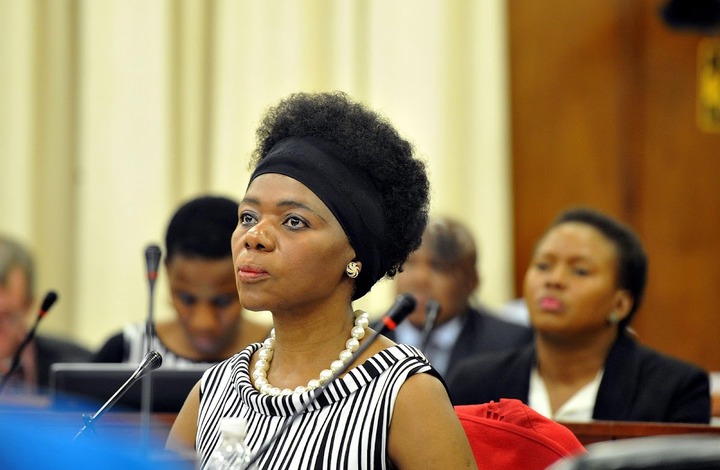 Despite that, Madonsela dismally failed on one front which Mkhwebane is seemingly flourishing - the protection and efficient use of resources by the public protector's office.

Auditor General Tsakani Maluleke released results her report on Mkhwebane's office, and for two years in a row now, the office has received another clean audit. 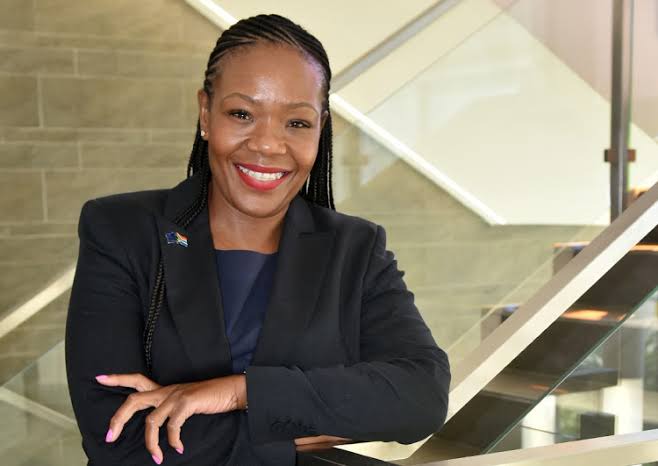 What is quite curious but interesting though, is the fact that 25 years since the office was established, it is the first time that it has received two clean audits, something South Africans can be proud of. 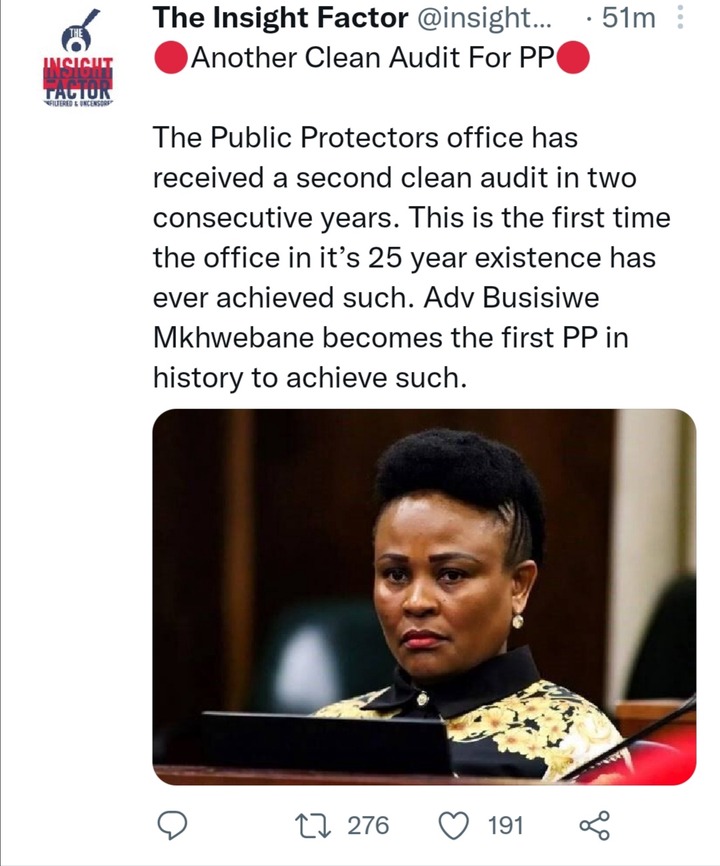 South Africa is a country which is facing massive challenges in relation to fighting corruption, maladministration and wasteful expenditure.

Whether people like it or not, Mkhwebane is proving that despite other fundamental flaws she possesses, she might just be better than Madonsela in as far as handling public funds.

What do you make of this development regarding Mkhwebane's prudent use of state resources? 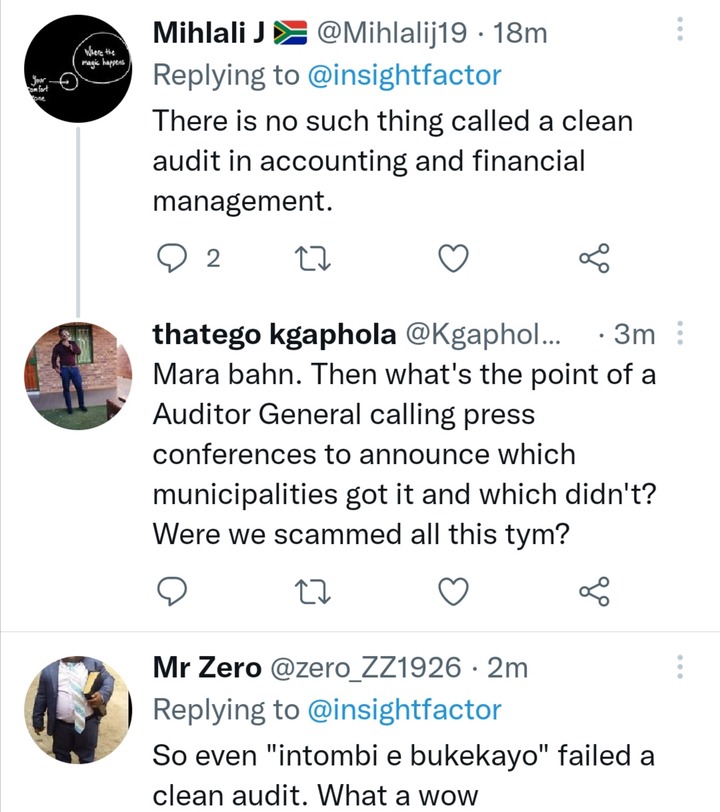 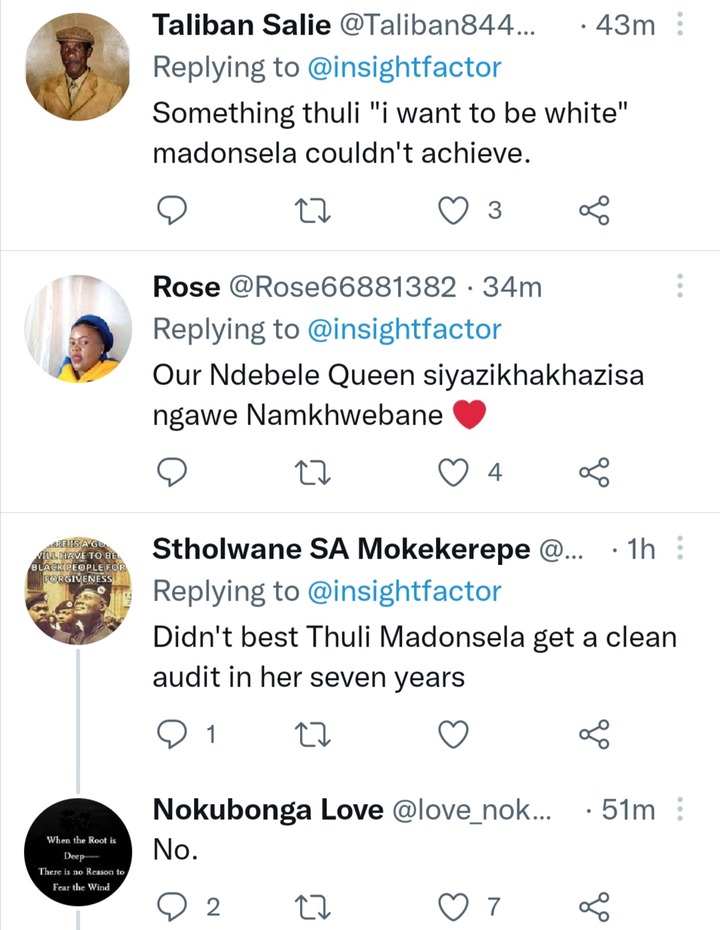 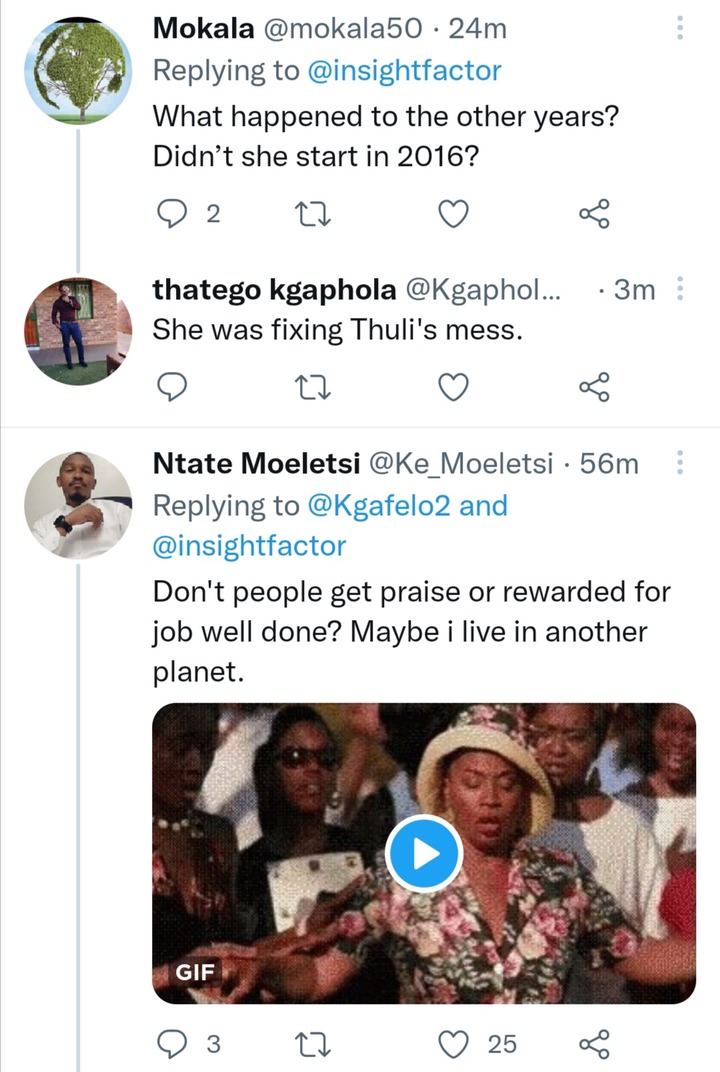 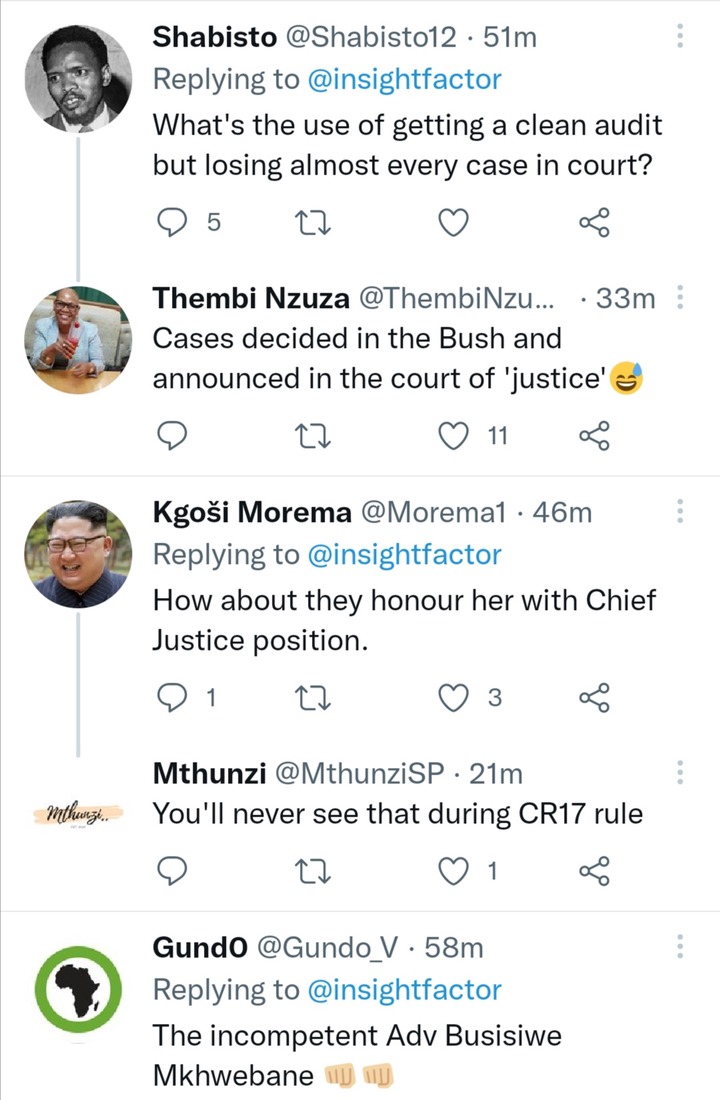 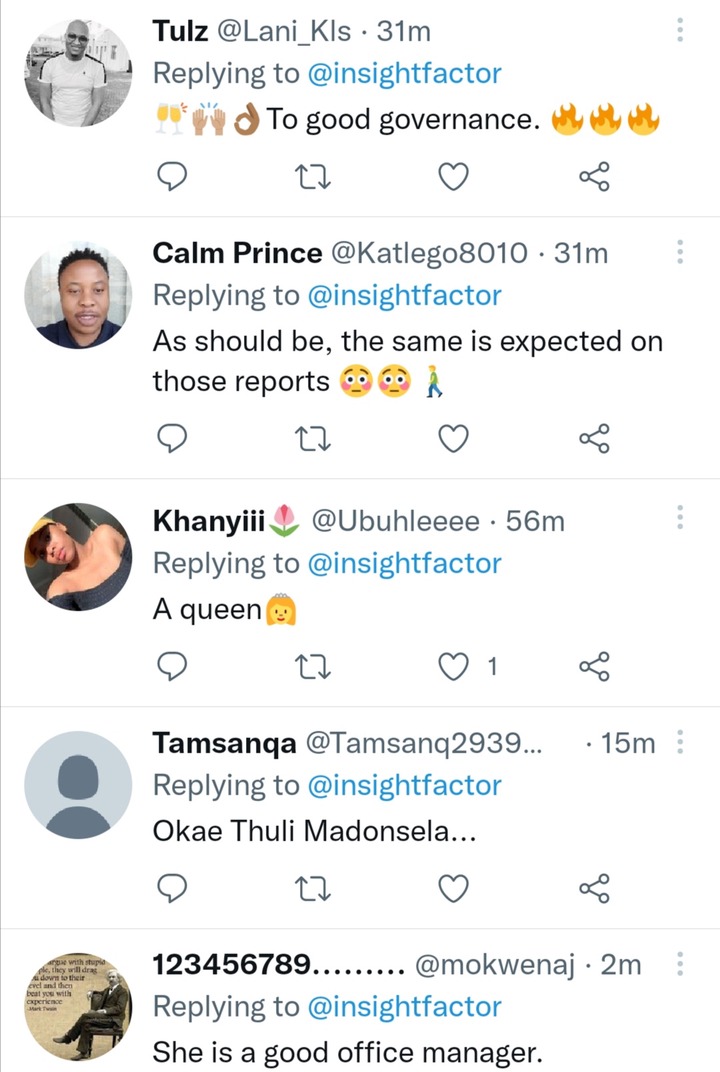