By PriahWrites (self media writer) | 5 days ago 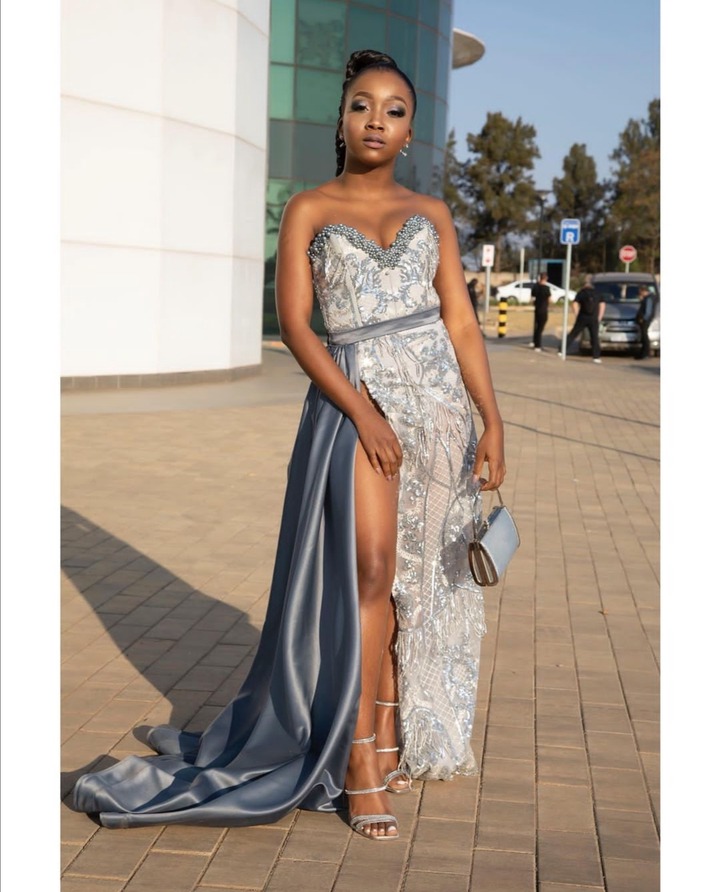 Nomvelo Makhanya popularly know as (Lindiwe Ngema) an actress in one of the most watched SABC ETv shows Scandal, comes for Asanda Mkhize (25) Musician after she uploaded a song that doesn’t belong to her, but to her friend Philisiwe Ntilili. Philisiwe ntilili(30) , Musician and a recording Afro Fusion artist known for her music which has paved her way through the latest trending Drama Diep City where fans fell in love with her music, through the song “ekhaya bakulindile buya”. 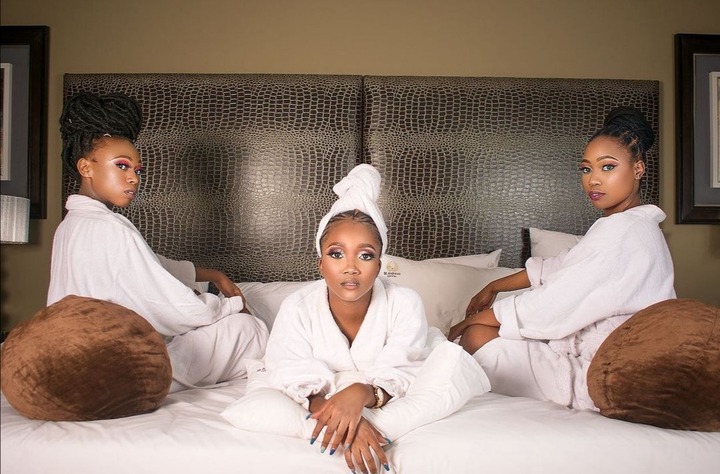 Mvelo took to her Instagram how Asanda has uploaded Philisiwe’s song on iTunes as her own, declining the rights of giving her the credit as the respective owner.

Nomvelo clearly wanted to find out why would she upload music that doesn't belong to her as her own and wanted her to have "INTLONI". 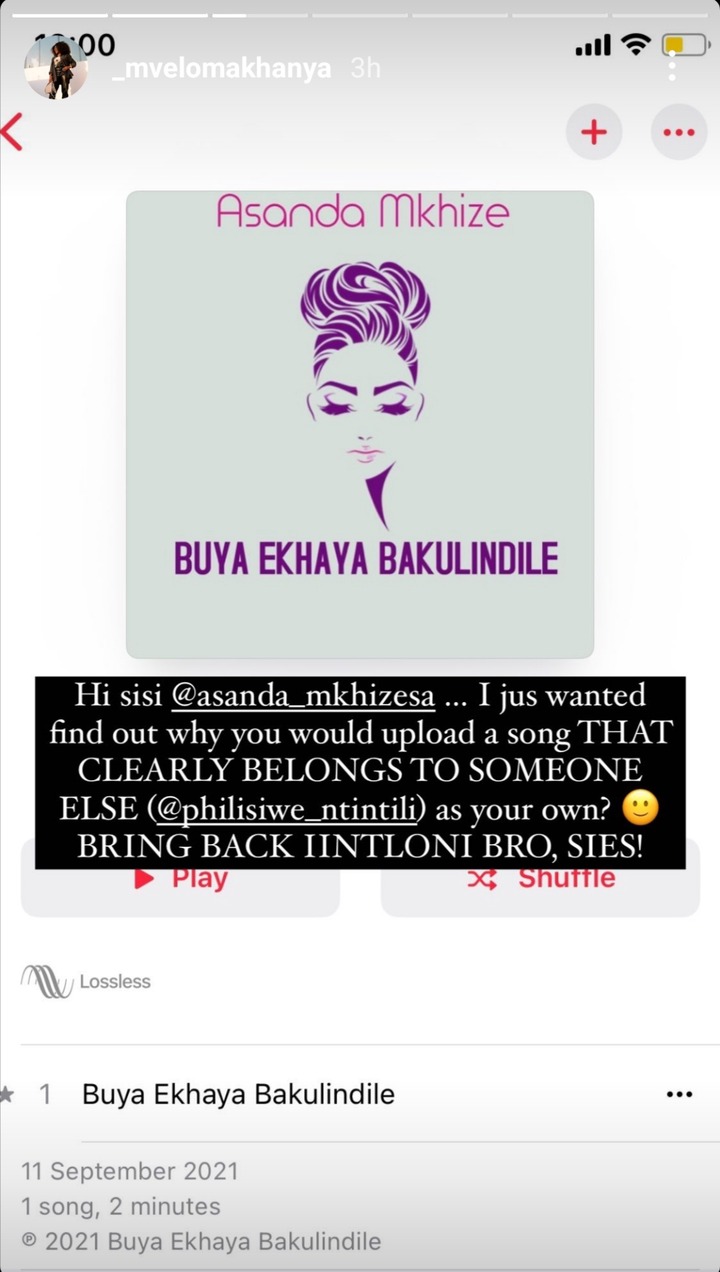 “Guy’s I really just want to find out why this girl would upload Phili’s song, this is Phili’s voice, we all know that this is Phili’s song. uAsanda akaschazele please,(Asanda must explain this please) can this make sense I’m so upset” Mvelo shared on her Instagram stories. She continued and mentioned how Phili has worked so hard for someone to credit her work as their own, No uAsanda akakhiphe ingoma angascasuli please( meaning she must remove or delete the song, she mustn’t make them angry)” 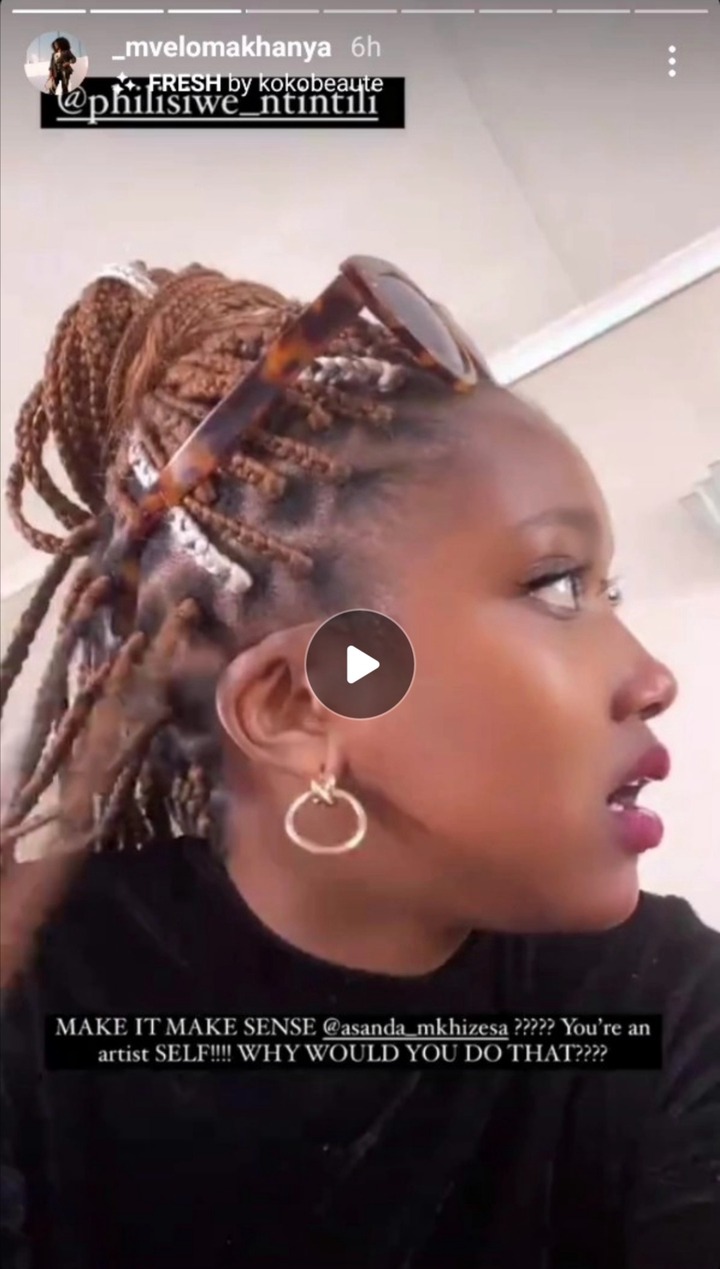 “Can you hear hear how talented my friend is” pleaded Nomvelo. She is saying all this and Asanda was tagged in the stories but seemed not to respond or say anything at the time nor has she has removed the song from iTunes.

Asanda Mkhize(25) girl from Underberg KZN is also a musician who still finding her way to the music industry as she Is also new. She started her music career in 2018 singing Trap Soul she has released 2/ more songs by far namely “Falling” as well as “Hugs and Kisses” and she’s also promising to release an album before the year ends. 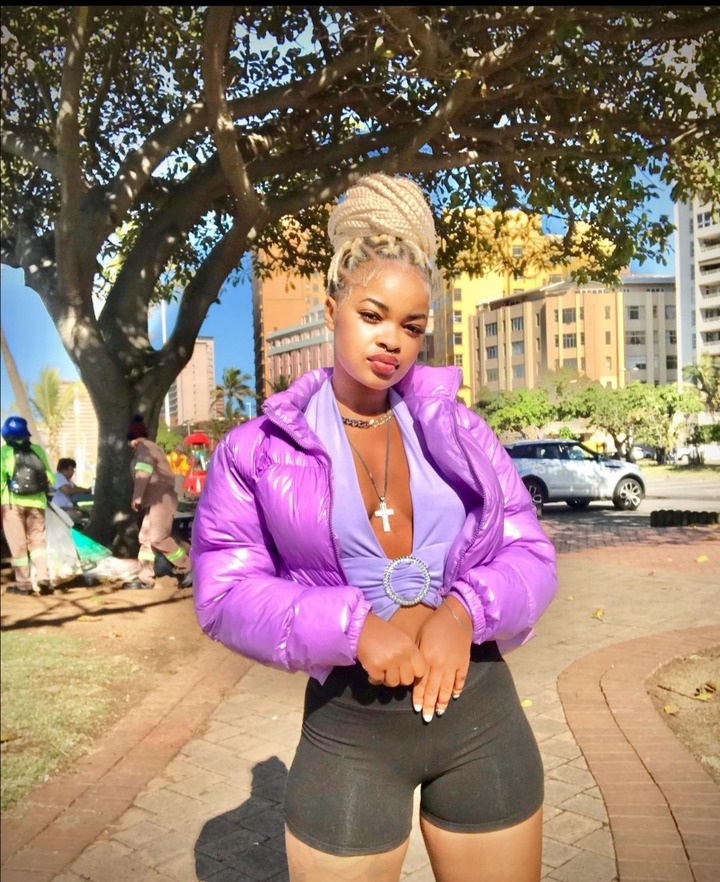 Philisiwe Ntilili does not only have a song feature on Diep City, but has had a feature as well on House of Zwide which proves how her music is speaking for itself and we’re glad to see it. Asanda Mkhize was given a deadline and told to remove the song as they’ve already lost the rights to it as it has been uploaded by her. In order to save this she should “at least do right by her self and stop scamming people” said Mvelo. 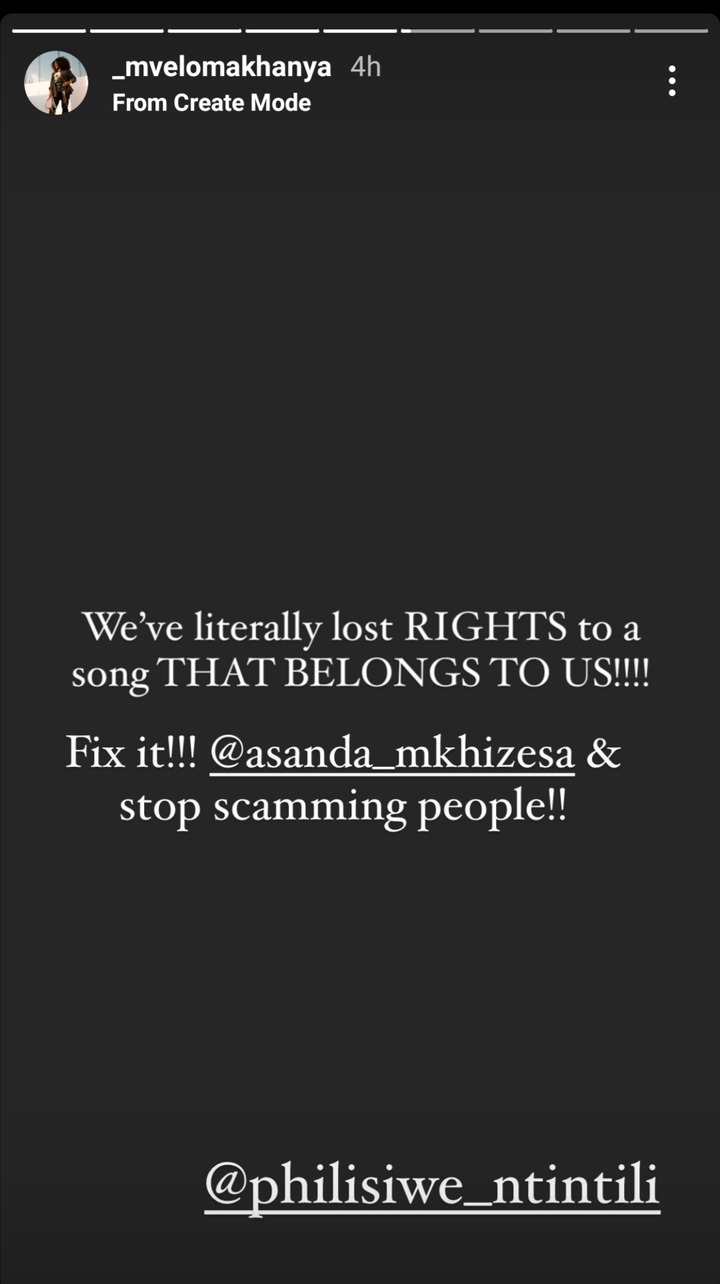 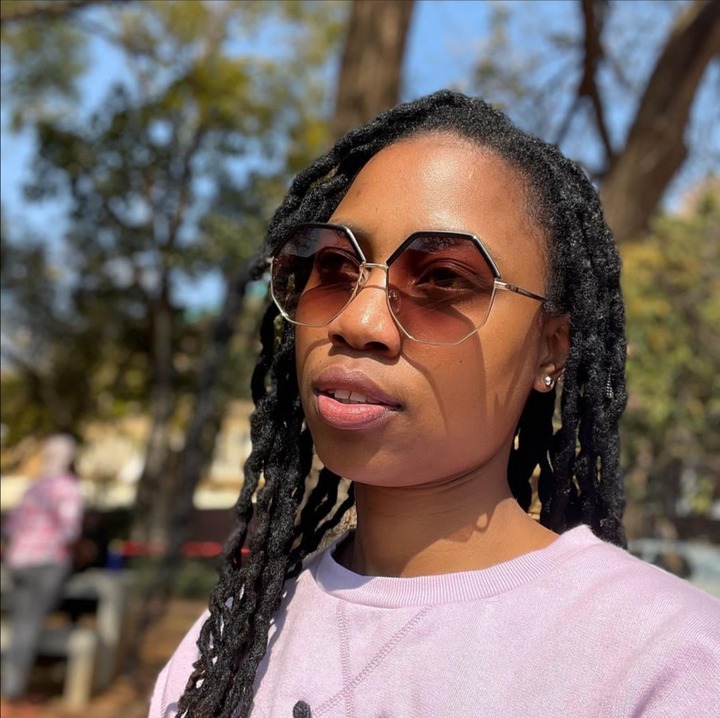 Philisiwe Ntilili has released a number a songs which have been released well by her fans namely “Ngibongiseni, Isoka Lami, Ndifuna Wena, Dilika, and Ekhaya bakulindile buya which was the one that still wasn’t released yet” gladly she’s doing really well for herself.

Hopefully Asanda should do the right thing at the end before she gets into real trouble.

What do you think about this? Comment down below and also check these youngsters doing great trying to make it in the industry.