Twitter left confused when Boity posted this, After alleged fight with Bujy 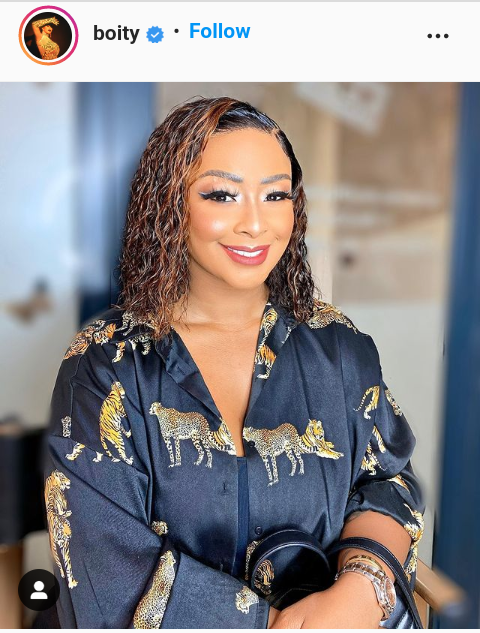 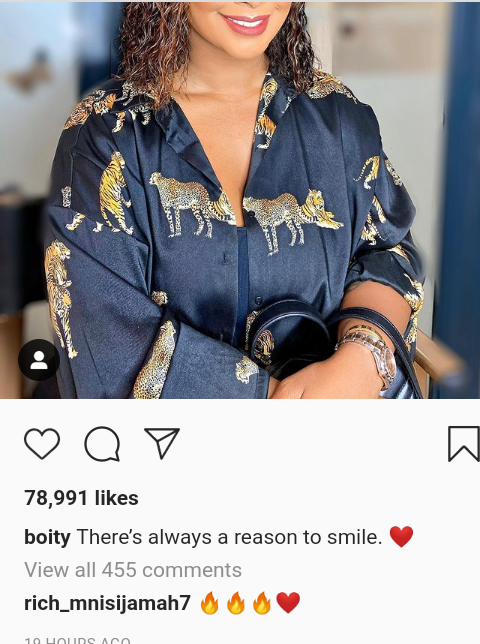 Boitumelo Thulo (born April 28, 1990), popularly known as Boity, is a South African television personality, rapper, actress, businesswoman and model. In 2019, Thulo was named as one of Forbes Africa's 30 Under 30 for her contribution in the music and entertainment sector

After an apparent altercation with TV presenter and DJ Bujy Bikwa, Boity seemed to be doing OK.

It's business as usual for Boity, who was reportedly brought to the hospital after a fight at a Johannesburg hotel.

According to the City Press, the rapper got into a fight with Bujy Bikwa, a media personality, on Thursday evening.

Alleged witnesses to the incident told the publication that before the argument, both Boity and Bujy were talking about sangomas and ancestors when things got heated.

Boity’s manager Sebastian Jameson declined to comment on the charges.

During the incident, Bujy allegedly threw a bottle at Boity's face, according to a source. Her face was allegedly injured by the bottle.

An eyewitness told the publication, "Bujy really beat up the girl brutally." 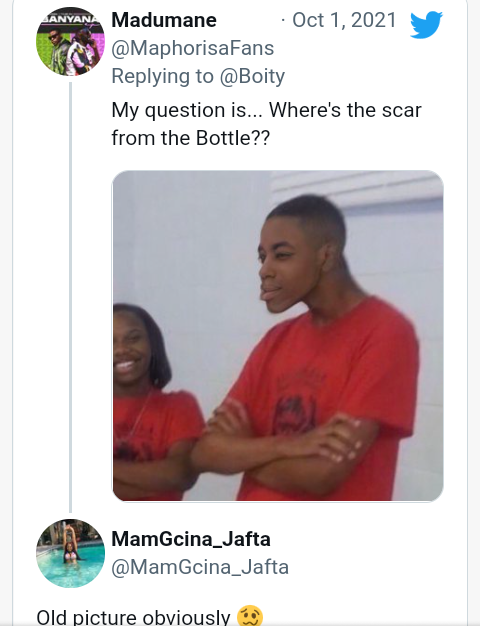 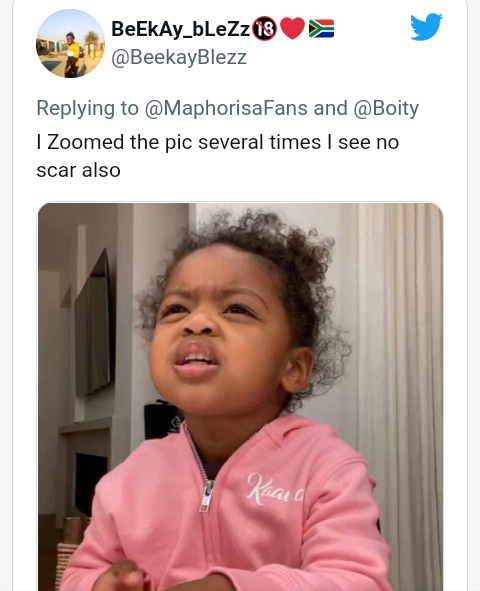 According to the publication, police have opened an assault investigation with the aim to cause serious physical harm. Bujy is said to have spent the night in jail.

Boity and Bujy have not commented on the incident. Boity, instead, took to Instagram on Friday to share a picture of herself flashing her pearly whites.

"There’s always a reason to smile," she captioned the post.

Boity's message perplexed Twitter users because it didn't appear to offer any evidence of her supposed brawl with Bujy.

One Twitter user speculated that the 'Wuz Dat' rapper had shared an old photo. However, several Twitter users are skeptical that a fight occurred in the first place. 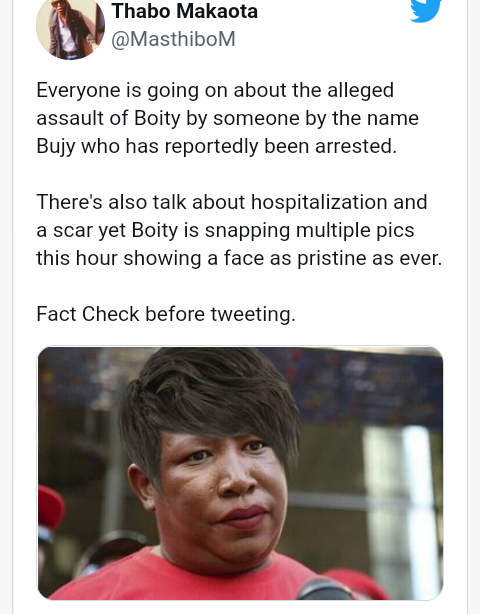 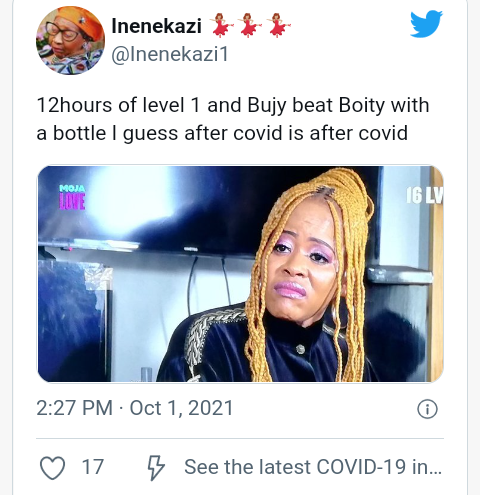 "Everyone is talking about Boity's alleged assault by a man named Bujy, who has supposedly been arrested. There's also talk of a scar and hospitalization, yet Boity is snapping many photos this hour showing a face as flawless as ever,” Twitter user @MasthiboM stated.