No More Respect For The Dead People, Two KZN Families Are In Loggerhead Over A Corpse In A Mortuary 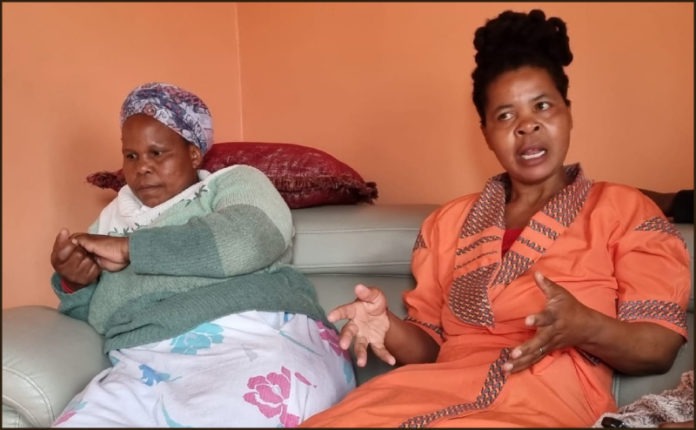 The world is heading to an end, nowadays people do not respect the corpses they handle anyhow which is one thing that many Africans do not do. 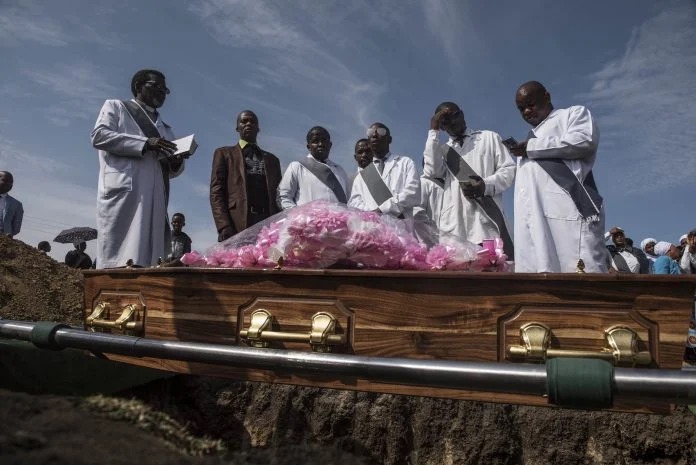 A corpse has been in the mortuary for more than a month and the destructive thing happened. A body of a dead policewoman from uMlazi has been in the cold fridge for over a month as a result of infighting by family members as to who will bury her. A DNA test was supposed to be performed between the family of the dead woman and that of another lady who claimed to be married to the deceased. The late cops were married to this woman in question in July this year. The family (pictured on the first photo) of Philisiwe Langa (pictured below) revealed that the husband of the deceased, Njabulo Nyathi Mthethwa passed away in 2017 both had no children. 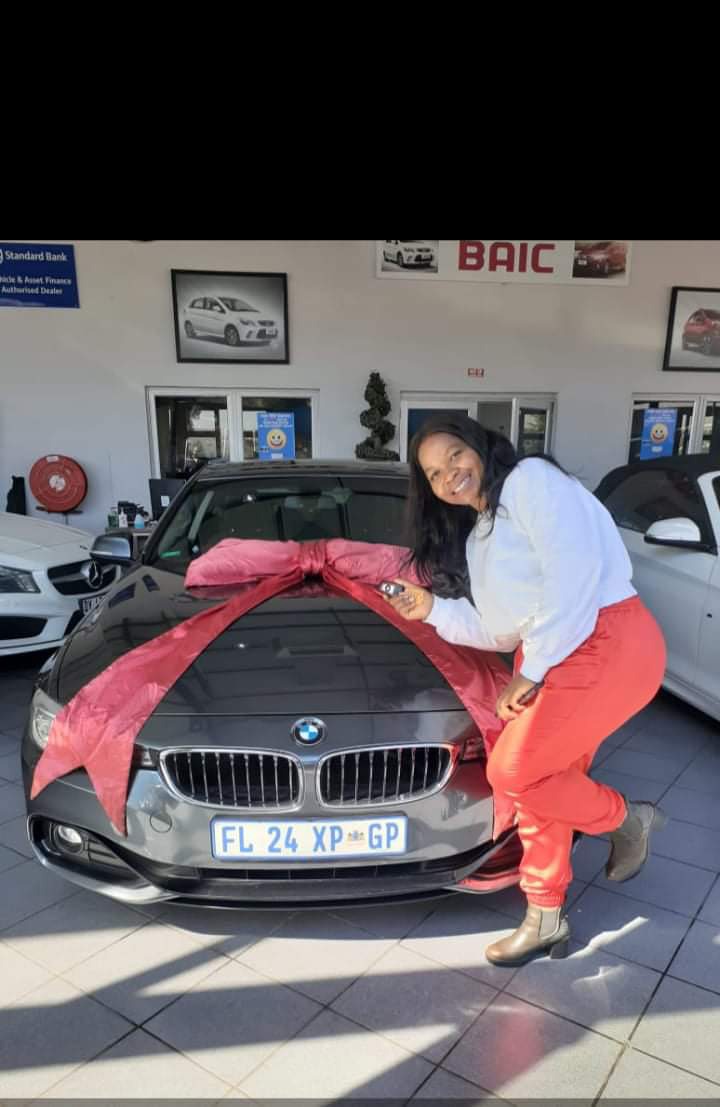 The family did not know that their daughter was married to Silindile Hlophe who was her best friend, the two were an item even when Njabulo was alive who was also a police officer. The Langa family said they found out about the marriage when their daughter was in Hospital called St Augustine in Thekwini. When they got to the hospital they were told that Silindile Hlophe has left a message that her family must not be permitted to see her, and she was the only person allowed to see her as she is her Husband. 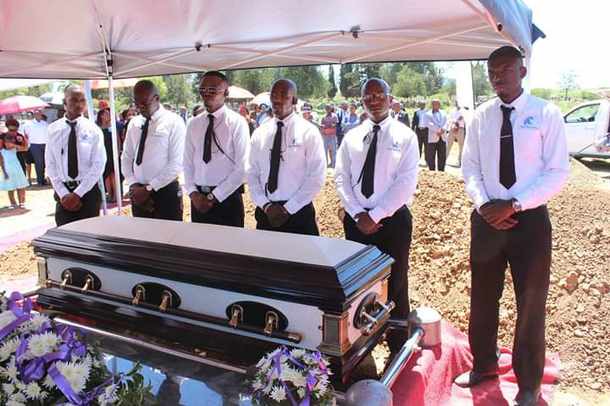 Thandekile Langa was telling all this to the Langa Journalist, she is a sister to the late Langa. Thandekile said they knew Hlophe as her sister's best friend and nothing more. Their friendship backs dates to when Mthethwa the husband of the late was still alive. Hlophe and the Late Langa were always together, if they were family events the two will help each other and they used to work together as police officers. Hlophe used to enter every house in the compound as she was known to be their sister's best friend. After the death of Mthethwa, their sister had another boyfriend whom Hlophe knew very well as the late Langa's best friend. 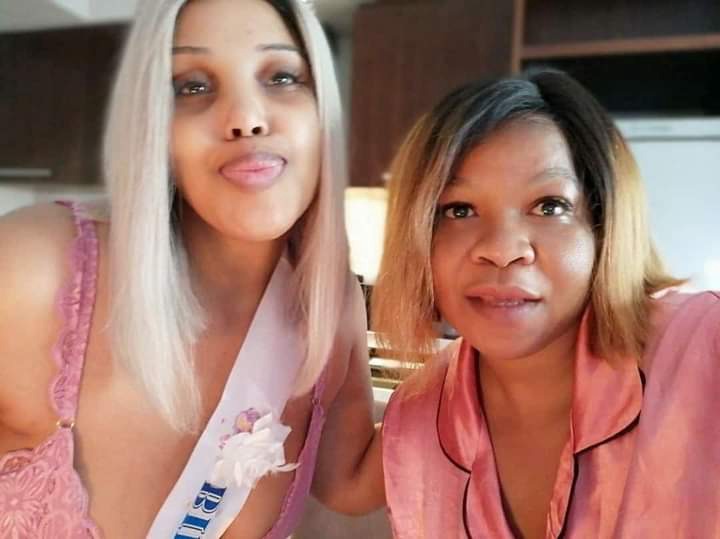 When the deceased wanted to visit the home of her new boyfriend, she would ask the children of Hlophe to come to her house to look after her mother while she was away as the two resided together. Langa has never told her family that she was married to Silindile. The marriage certificate states that the two got married in July this year. Langa bought a BWM before her death and Hlophe has since possessed the car. The same day Langa was admitted at St Augustine Hospital, Hlophe was also admitted there she asked to be released for a few days, and during that time she went to Langa's home and slept in her room together with her children for a few days and did not go to her place.

Hlophe collected Langa's things including her ID, bank cards, and also her cellphone, and took them to the Hospital. When Thandekile and other family members called her and asked Hlophe to return the items she refused. Thandekile told the Journalist that before her sister got sick she told them that she bought a gate that will be installed after she finished paying for it and it cost R9k. After a week the people came to their home and told them they were there to install a gate and they said the deceased advised them to do so before she died and when they checked the number it was indeed their late sister.

While the family was still digesting the events of the gate, and fighting with the gate installers Hlophe's sister came by and said she came to give the family the money to pay for the gate. The money was a payout for Mthethwa which was paid out upon his death. All the money is in the bank cards which Silindile took them away. The Doctor who treated their sister said the liver and kidneys of the deceased were damaged and beyond repair and he suspects their sister was poisoned. The doctor said he transferred the corpse to phone a government mortuary where they will perform an autopsy and he reported the discovery to the police.

The problem the family is facing now is that the police officer investigating the case is in contact with Hlophe. The police officer went on to say they were a delay in the examination of the Corpse and for the reason that it was very bad, it might not be possible. The dead body has been in the fridge for too long and all he was suggesting was that they can take it and bury it. On the other note, the Morgue people told the family that the corpse was examined. The other thing that makes them more concerned is that Hlpohe wanted the body to be released to her so she can bury it.

Fortunate enough the mortuary had received a letter that said the corpse must not be removed without the consent of the Langa family. The family is pleading with the authorities to help them get the results of the autopsy and also to get the identity of their late sister, including the bank card and her car. Thandekile said the family survives on their mother's pension, if not so they would have hired lawyers to present them. She continued to sadly say their sister was the only one with a stable income and has been taking care of them, the sad thing is that she never told them she is married to Hlophe who even took some videos showing them getting married.

Hlophe has proof that the two are married and everything is in her name, and even the will says she is the heir to all her things. Silindile said she has let the family bury the deceased in her absence as she was still hospitalized, but they failed to do so. She thinks it is a sign from her later lover that she wants her to be present at her burial. Hlophe went on to say she is hate that they were a man whom her wife used to date even though the two were married, but now she cannot ask her about it. In any case, her love for her will never change.

The crazy Hlophe said that she agreed with the late Langa that they will stay with her mother in their house, if she wants to she is welcome to stay with her. As for the money that was paid after the death of Mthethwa the first husband of the deceased Hlophe said they spend that on their travels by airplanes with their children and some of it they used to build their home. She said the family must wait for her to be dismissed from the hospital and she will show them flames, they will know who she is. She went to say she has heard that they suspect she poisoned her lover. How could she have poisoned her as she said by the time she got admitted she was already in the hospital. The police spokesman said the DNA has not been released yet, but the Langa family has the right to go to court and ask for a letter to hold the burial of their daughter before the results are out.