'He played a key role in ushering in democracy': Ramaphosa remembers De Klerk

By spicynews (self media writer) | 17 days ago 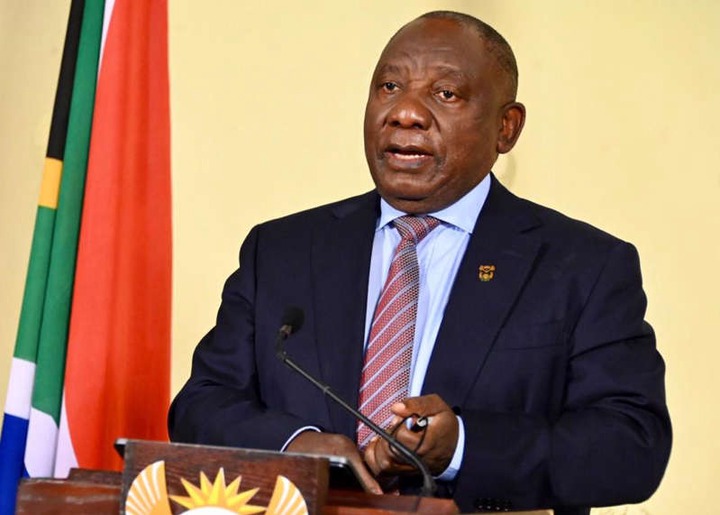 Ramaphosa wearing a suit and tie: FILE: President Cyril Ramaphosa during his address on 27 June 2021, when he moved South Africa to alert level 4."/>

JOHANNESBURG - President Cyril Ramaphosa on Thursday sent his feelings to the De Klerk family after new understanding about the politically-endorsed racial isolation president's passing earlier in the day.

The president kept an eye on the media uninvolved of Finance Minister Enoch Godongwana's woman the medium-term monetary arrangement talk at Parliament in Cape Town.

"As of late, I received a message from Mrs Elita de Klerk enlightening me about the grievous passing in regards to FW de klerk. I imparted my feelings and the public position's feelings to herself, the adolescents, similarly as the De Klerk family," he said.

"It unsettles us since he expected a critical part in presenting democratic government in our country. He was a top of a party that was by and large sabotaged comparing to the work the National Party played in maintaining politically-endorsed racial isolation. Regardless, he set out to move in an opposite direction from the way that his party that he drove and left upon from 1948 and we will review him for that."

Not some time before the completion of politically-endorsed racial isolation, De Klerk was obliged - as the president by then - to end the law-bound confinement of the region as worldwide pressure worked over the hostility against dim South Africans by then. Approvals were moreover annihilating the framework's economy.

The president in like manner called upon South Africans to pay feelings since De Klerk was "a person".

"The game plans that the politically-authorized racial isolation framework maintained and executed have released a huge load of decimation on immense number of South Africans that our family will consistently recall and have encountered. Nevertheless, personally, it is huge for us as South Africans to pay our feelings and to allow him to continue to rest since he was not well towards the end. It is in such way that our hearts are with the De Klerk family."

Ramaphosa in like manner said he would expect information from the De Klerk Foundation about remembrance administration plans.

"Likewise, I should say we will believe that the De Klerk Foundation will tell us the bits of knowledge concerning his commemoration administration and what they have as a first concern. As government, we stand ready as reliably to work with the De Dlerk family similarly as his foundation."