Woman Threatened To Sue Her Ex-husband For Breach of Promise In #ReaTsotella. See Comments

Woman Threatened To Sue Her Ex-husband For Breach of Promise In #ReaTsotella. See Comments

A woman has Threatened to sue her ex-husband after he promised to paid lobola of R3000 back in 2000. The woman has taken her own husband to #ReatsotellaMonday after he took his sister and put her in his ex-wife home whe they are no longer together. 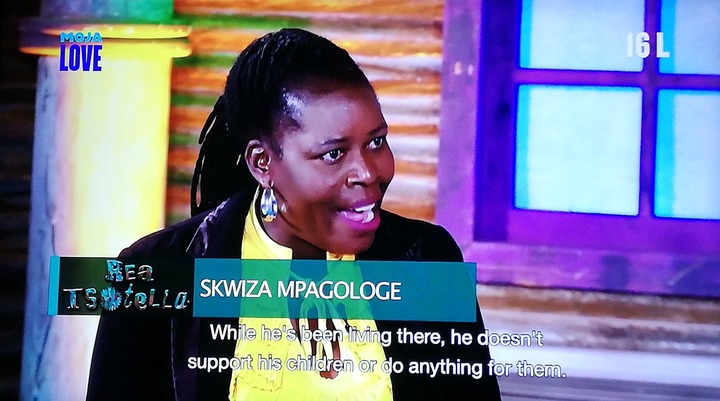 The woman was cry about her ex-husband who is not supporting their child, he only buy cloths in December only. The woman has been complaining about the RDP house which her ex-husband put his sister. Mzansi including Bishop Makamu disagreed with the decision taken by the ex-husband who claim that the house belongs to him while his no longer living in the RDO and he has new wife.

The woman was on fame she took #ReatsotellaMonday viewers by storm wjen sje revealed that sje got married with R3000 back in days. The couple got divorced while he has not finished paying lobola of R3000. The lady suprised Makamu wjen sje brings evidence of their lobola whe #Reatsotella hosted Bishop Makamu end up giving the husband advice. Thafy Threatened to sue the husband with Breach of promise he made to lobola her. A lot has been revealed where the man exposed his ex-wife attempted to rape him. But it was all the lies because they were both fighting to sleep in bed. Mzansi quickly thought that mens are often intimidated by independent women because the lady is not bothering him with anything the problem is that he took his sister to live the his ex-family while what he can do is to find new place for his own sister.

This is why we always advice single and married women to always try and be financially independent somehow coz men will switch up on you hey. It’s better to be prepared and able to start afresh alone in case (when) he switches up on you.

Bishop was coming right with his advice that he was giving the brothers about in family houses with their partners till his last few sentences in the statement. Families need to learn how to solve their problems at home chille. A man that doesn't protect you from his family is dangerous. Never tolerate that nonsense. Always make sure you marry into a kind family. You will end up fighting battles that have absolutely nothing to do with you.