Brentford a club that is playing like their are not new to the game, they remind of a club called Norwich. Norwich ones started with the same strength yet it could not carry them. The question is how long can Brentford keep this momentum. And what will they do to get back ones they do. In the last game that Brentford played, it was against Liverpool. Most thought that it will be easy three points for Liverpool. Until the final score, no body could have believed me if they have not seen it for them self. They managed to get a Draw against Liverpool the final score in that game was 3-3. It was game to remember, both teams not wanting to give up. Brentford kept the same mentality when they face West Ham today. Many thought they couldn't win against West Ham, the under dogs yet again. 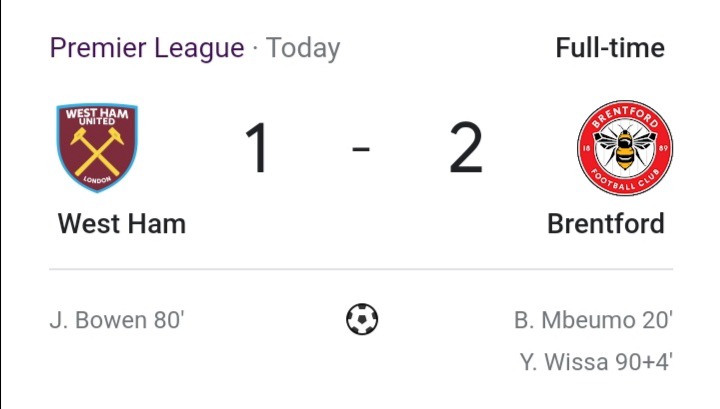 Within the first half in the 20th minutes Brentford had the first say of the game. It was scored by B. Mbeumo for Brentford. West Ham where found sleeping and taking the game easy. West Ham tryed to get one back to level up but Brentford was not having it. They where closing West Ham hard and willing to run at them.

Things changed in the second half, it became a full on attack for West Ham. Brentford did not mind sitting back a little to take the pressure. It was a good. The seemed as though Brentford where going to win till the 80th minute when West Ham got there first goal of the day. And just when we thought a draw was coming. Brentford like a thief in the night scored again in extra time 90+4 minutes. By Y. Wissa, the same guy who scored a late goal Brentford against Liverpool.

Brentford took all three points home and that was the day. 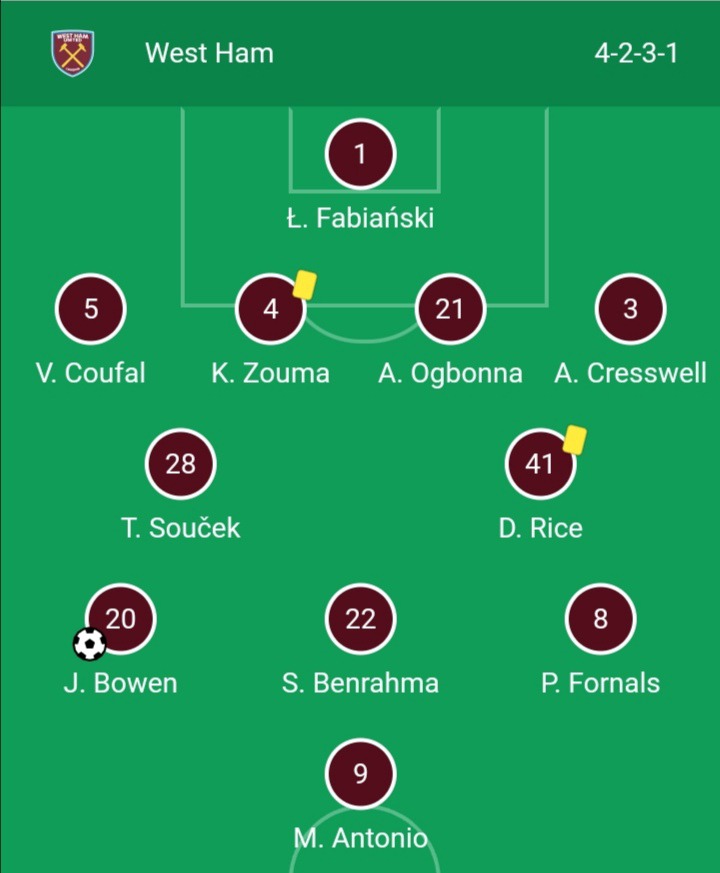 This is how West Ham looked. 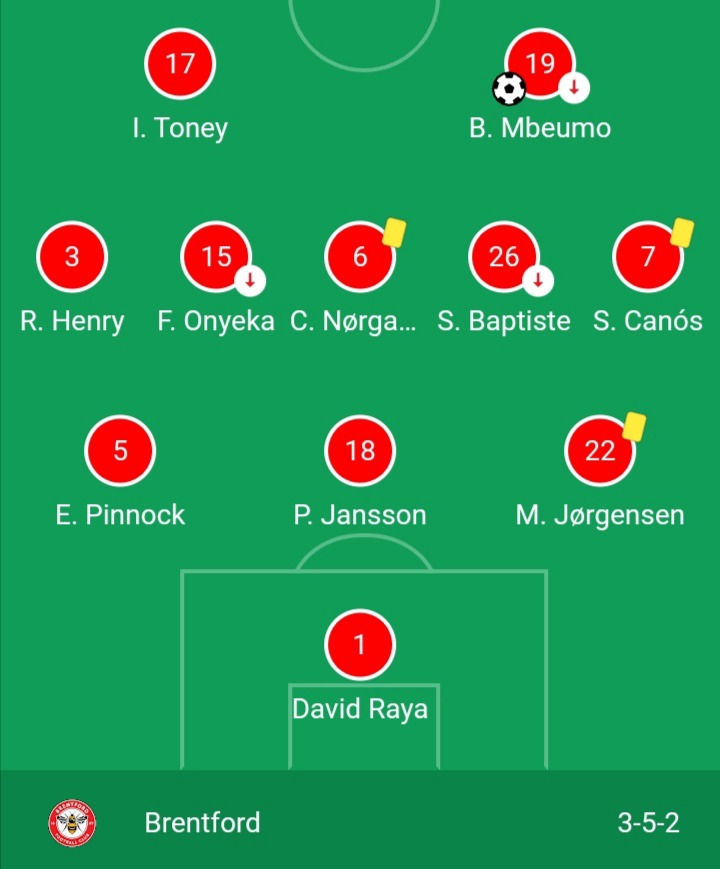 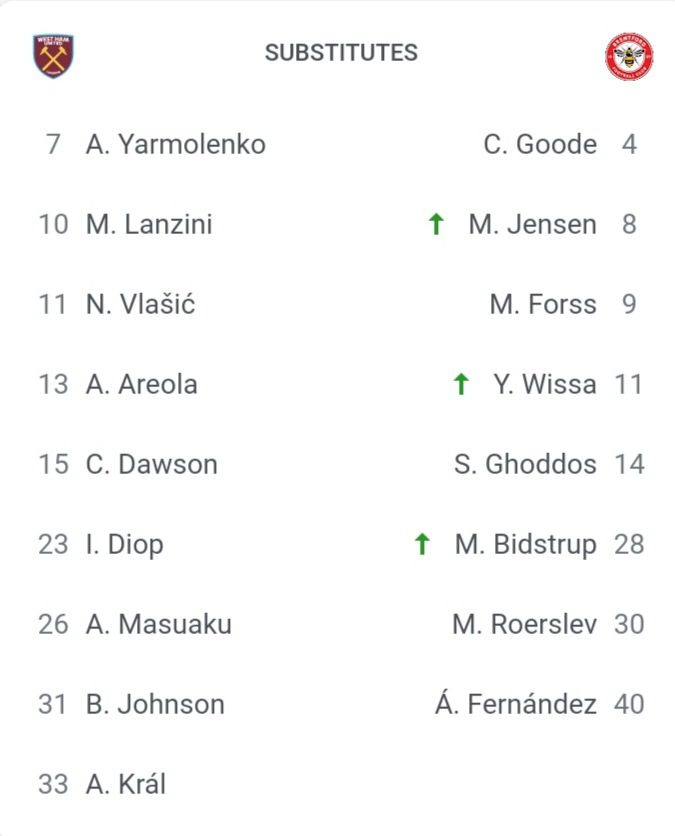