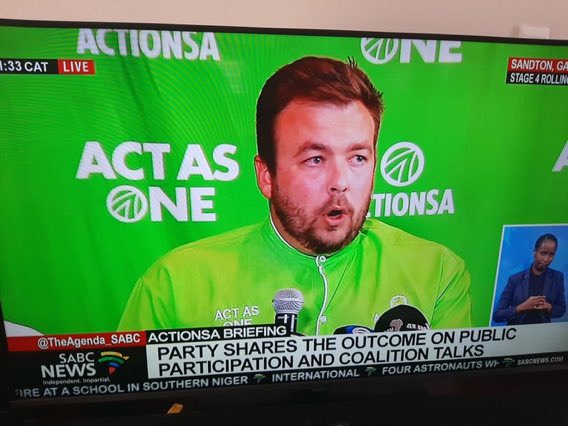 Many people thought and believed that the ActionSA is the political organizations formed by former Mayor of Johannesburg, Herman Mashaba but now there are rumors that he's not the real owner of the ActionSA.

In other words, this people are assuming that Herman Mashaba is just used as the front of the organization.

This are just baseless allegations because people saw a white guy goes by the name of Michael Beaumont, addressing on the Television regarding the coalition.

From what we know and our research, Michael Beaumont is the national chairperson of ActionSA not the founder, while Herman Mashaba is the founder and the president of the organization. But living in a country which is full of possibilities, we can never rule out that it can be possible that Herman Mashaba is just being used as the forefront. 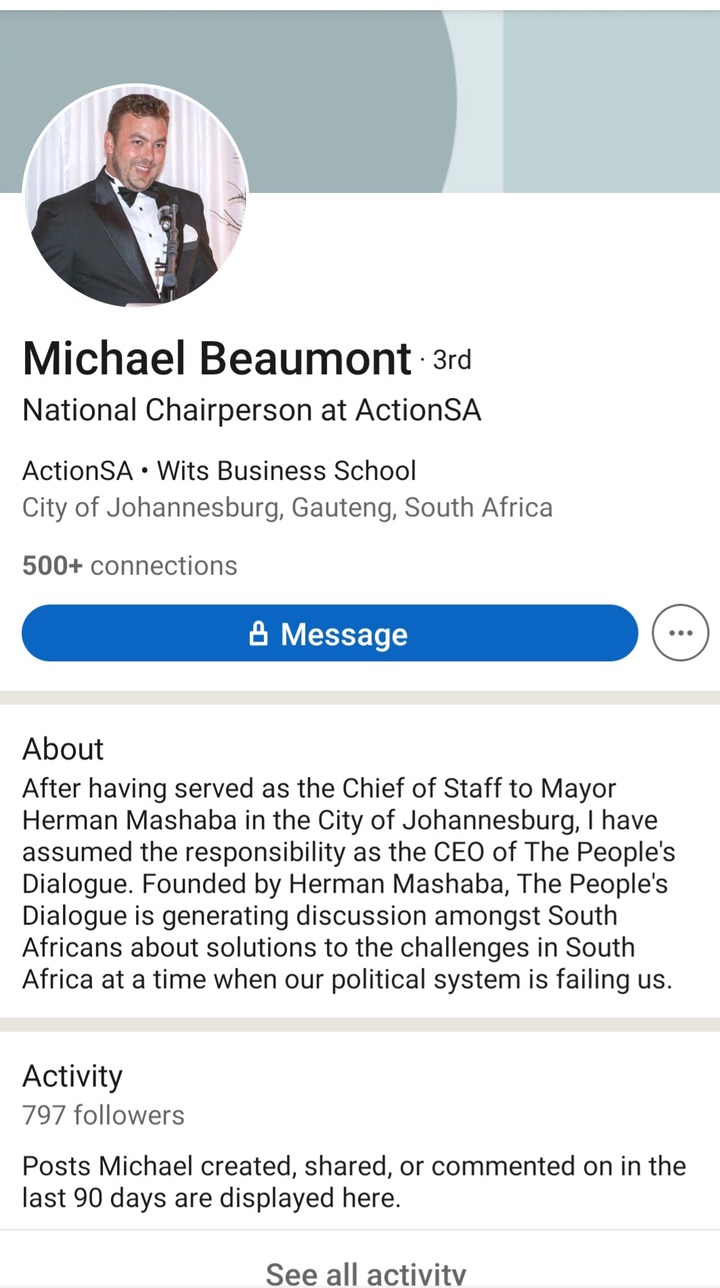